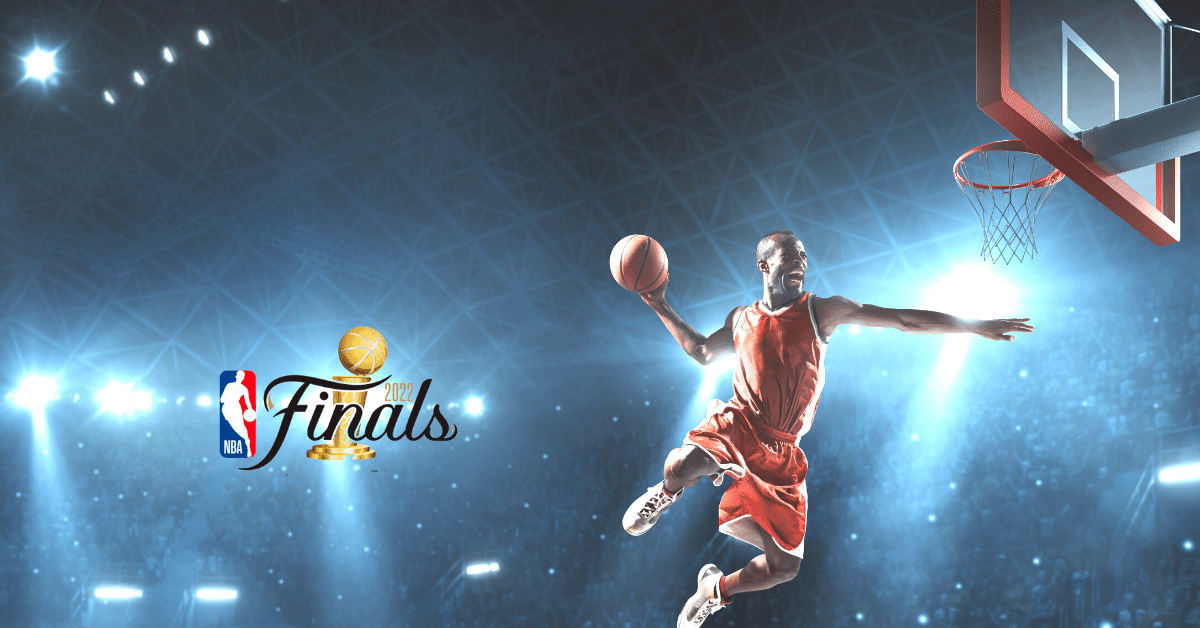 Hopefully, you caught one game of the NBA Finals between the Boston Celtics and the Golden State Warriors—it was a blast to watch. The Celtics put on a clinic, scoring 12 more points even though both teams had almost identical possessions, but very different field goal percentages.

The Celtics won by having a significantly higher Effective Field Goal Percentage (eFG%). It’s a statistic that adjusts field goal percentage to account for both three-point and two-point scoring from the field. The formula is eFG= (FG + 0.5 * 3P) / FGA.

For game one, the Boston Celtics had a 62.9 eFG%, and The Golden State Warriors had a 55.1 eFG%. These are pretty high percentages; NBA teams often average between 48% and 52%.

So Boston was shooting significantly better than the average and higher than the Golden State Warriors, which is part of why they won.

We don’t need to say how vital shooting is for winning basketball games, so let’s dig into what you can do to improve your own shooting practice.

Shooting should feel smooth, effortless, and be easily replicable. You might shoot slightly differently than your peers, but the principles of shooting remain the same.

Even coaches have different philosophies on shooting mechanics, but by and large, there are more similarities in how people should shoot than there are differences.

For instance, most coaches teach shooters the basics.

There will be differences in your shooting mechanics if you shoot a free throw versus a pull-up jumper, but those differences have more to do with footwork and vertical jumping than with the shot pocket or your follow-through.

Did you know that over 50% of NBA players use VertiMax in their training programs? That’s pretty incredible, if you ask us. The reason? Basketball is an intense, dynamic sport that requires full-body control, speed, explosiveness, and endurance. Therefore, most coaches and athletes need tools that address all of those components.

The unique thing about VertiMax is that you can use it to address all of those components and use it with every basketball movement while you are practicing the game. For instance, you can work on lateral speed and agility while dribbling, or you can work on defending players on the court while attached to a VertiMax.

Using VertiMax To Improve Your Shooting

Good shooting requires speed, agility, and explosiveness from the feet up. If you’re moving or catching a pass straight into a jump shot, you also need balance, coordination, and fantastic footwork.

The key to a good vertical jump is both explosive leg power and arm swing velocity. However, when you’re holding a basketball, the arm swing speed will change slightly because you will not pull the ball from the shot pocket at 100% speed.

The cool thing about VertiMax is we can safely and efficiently train explosive power from the legs while holding the ball.

This video shows an athlete practicing a max-effort box jump while bringing the ball from the shot pocket to over their head. We can train the mechanics of a shot with safe but progressive resistance by using VertiMax.

As we mentioned, shooting can be stationary (e.g., free throws), or it can take place during movement. With VertiMax, we can train lateral or pivotal movement that generally takes place before jump shots.

Step Through Before Shot

Here is video with an athlete practicing his step through, right before a shot/dunk.

Catch and Dribble Before Shot

Here is another video with an athlete practicing a catch and dribble into a jump shot, loaded by the VertiMax.

With VertiMax, we can work on coordination, balance, and control, helping to facilitate better movement and better shooting.

Note: Dunking is similar to shooting from a vertical jump standpoint, so we can train the movements similarly. So, you can still benefit from using VertiMax even if you’re practicing dunks, jump shots, hook shots, layups, etc.

With the VertiMax, you get non-varying elastic resistance, which means the tension is almost 100% constant no matter what plane of motion you’re in. This benefits you because most bands have borderline linear resistance (i.e., the more length you put through them, the more tension you build).

So, you can use VertiMax simply to practice your jump shot with no fancy bells or whistles, as this video of an athlete demonstrates.

They often say that if you can shoot well, there’s likely a spot on the team for you. But if you shoot really well, you’re guaranteed a chance to play on the court.

Even if you’re not making it all the way to the NBA Finals, we’re confident you can use VertiMax to improve your basketball game and shooting mechanics.

Are you interested in learning more about basketball-specific VertiMax training? Check out these articles below.