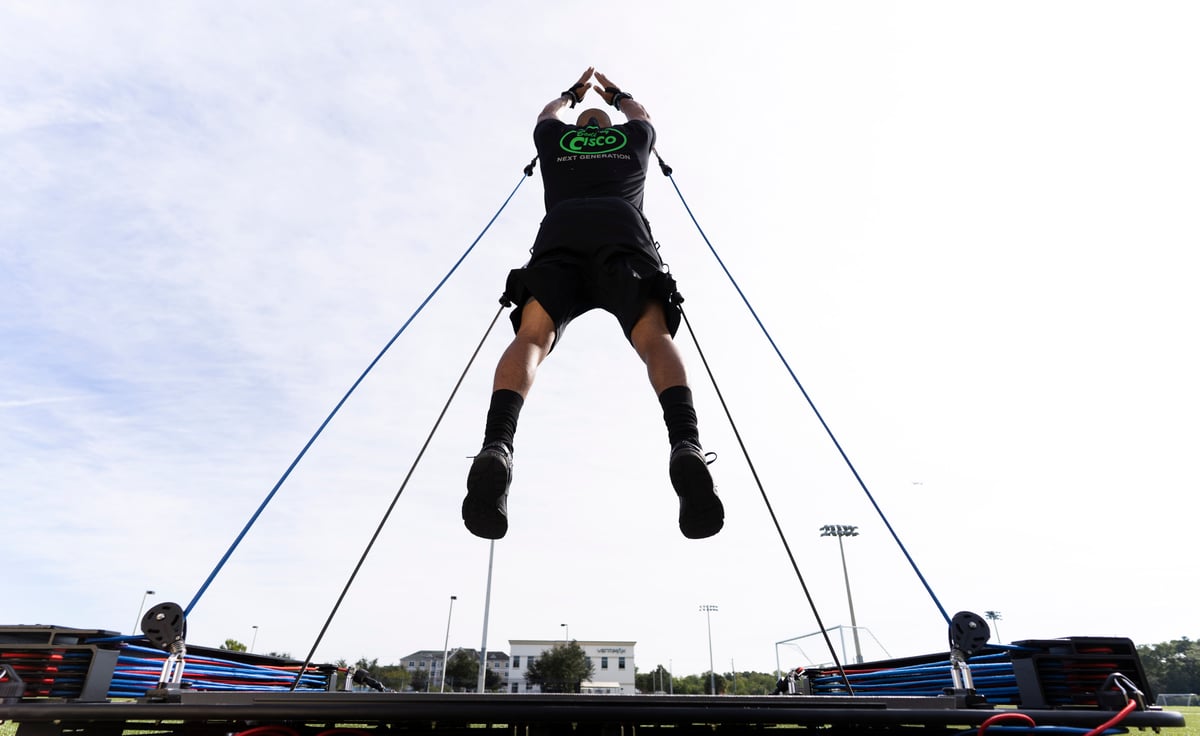 How Does VertiMax Work? VertiMax Science and Research

The team at VertiMax gets emails and calls every day from coaches, athletes, trainers, and parents asking about purchasing VertiMax Platform and or VertiMax Raptor systems. They also want to know how VertiMax works, and how the testimonials and science back up the special technology and capabilities of VertiMax sports performance and athletic training equipment. The good news is VertiMax technology works exceptionally well and there is science and a track record of athletic performance and testimonials to back it up.

Testimonials from professional athletes like NBA star Steph Curry, to MMA champions, NFL champions, MLB champions, Olympic champions like Justin Gatlin, and many more all love how VertiMax technology helps them excel by positively enhancing their vertical, first step quickness, speed, and power. That is why VertiMax technology is deployed in over 56% of NFL teams, 50% of NBA teams, 70% of Division 1 colleges, and thousands of high schools. VertiMax will do more to increase an athlete’s vertical jump, first-step-quickness and overall athleticism, than any other system available. VertiMax is the one piece of equipment that makes a difference athletes can feel and their coaches and trainers can see. 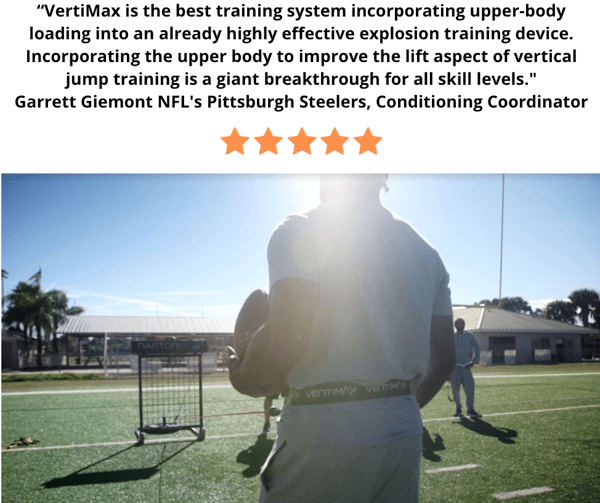 Not only do VertiMax platforms and Raptors work for elite athletes, it is the most trusted brand for youth coaches, parents, and young athletes which is why VertiMax technology can be found at leading youth sports clubs, teams, and junior high and high schools.

In addition to the many VertiMax testimonials, this post will share research and science about the VertiMax technology. If you are interested in buying a VertiMax Platform or a Raptor and want to learn more about the science behind it read on.

What Is the VertiMax Training System?

What makes the VertiMax patented technology different from other elastic resistance devices?  VertiMax technology changes the way elastic bands work by completely eliminating the potential for radical increases in resistance as with conventional elastic bands The patented VertiMax system generates nearly constant tension and force accomplished by directing one or more of the elastic cords beneath or away from the exercise area, thus allowing use of an increased length of cord.  Directional control for the jumper, cord following to prevent fouling of the cord, and reduced friction are provided by a pivoted tracking assembly with pulleys which also serve as a force imbalance indicator for the elastic cords. This means the constant and smooth resistance enables athletes to train in ways that are otherwise impossible.

VertiMax Platforms and Raptors are some of the most visible and popular sports performance training devices on the market today. The engineering behind the technology is ingenious. The VertiMax engineering is important because some companies have created terrible “knockoff products” that try to imitate the VertiMax systems, but these do not come even close to replicating the consistent resistance and multiple capabilities of a VertiMax platform or Raptor.

The VertiMax V-Series Platform systems have been enhanced over the years, evolving from a jump specific product to a multi-purpose and multi-athlete training system. The number of specialized cords has increased and has a variety of attachment options. In addition to the equipment and technology, a VertiMax certification program is available with credits from  NASM, ACE and others. Also, a digital workshop is available now and the VertiMax App provides hundreds of drills and programming for many sports. Many sports performance facilities and gyms around the world offer sport and fitness specific training sessions on the equipment. 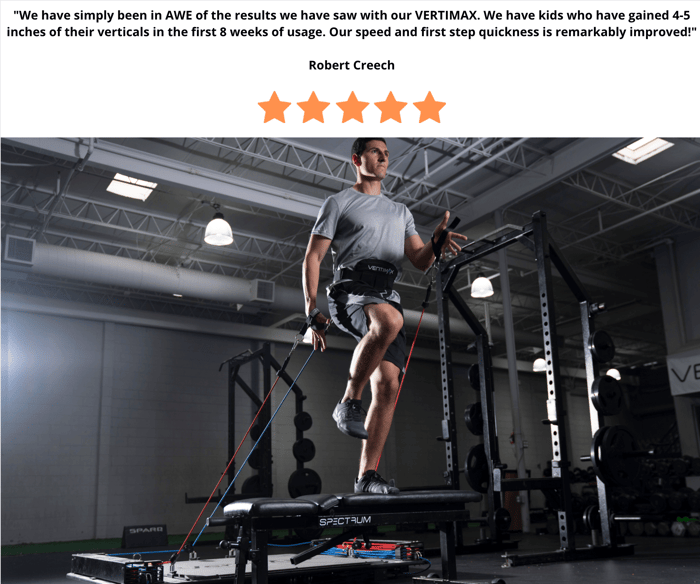 The VertiMax Raptor system delivers constant resistance that allows coaches to perform multi-directional speed, agility training, and more. The Raptor device is completely unique and very different from other elastic resistance tools because it keeps resistance tension the same over the entire distance traveled, as compared to traditional resistance bands where tension increases exponentially as the athlete travels farther. The Raptor EX product, as with the VertiMax platform EX, enables extended range training of up to 40 yards which makes the equipment even more capable for drills at longer distances. 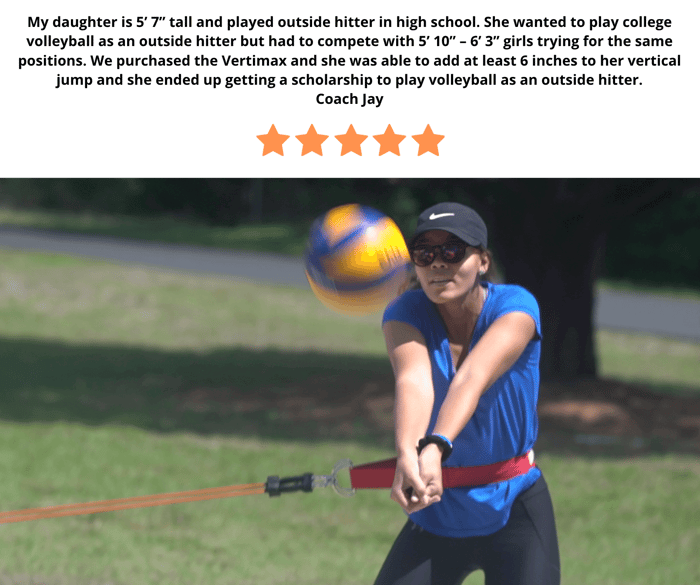 How Does Science Support  the Effectiveness of VertiMax Training?

The most recent VertiMax study is an “Investigation of the Effect of VertiMax V8 Elastic Resistance Platform and Classic Strength Training on Dynamic Balance in Basketball Players” from 2019 (Yuksel et al., 2019).  The aim of this study was to investigate the effects of traditional strength training and loaded jump training using the VertiMax on dynamic balance with two different resistance training groups using 25 male basketball players. The VertiMax training was similar to plyometric training. Yuksel also mentioned facts from earlier studies about the importance of balance for any athletic activity. Basketball is a sport that requires speed, agility, upper and lower body strength, maximal aerobics and aerobic resistance (Borowski et al., 2008).  In Basketball, different approaches to balance should be taken into consideration, because balance is among the most important coordination skills for basketball (Kostopoulos et al., 2012)

The next group includes 4 research papers about resistance jump training performance. The major difference between these studies is the sample size, length of time and the experience level of the athlete.  It is important to note that a longer study with more experienced athletes versus a shorter-term study with less experienced athletes might be a factor resulting in different outcomes. For example, studies twice the length may have taken longer for the neuromuscular adaptations to take place.  Furthermore, more highly trained athletes need different stimuli to realize gains than untrained athletes 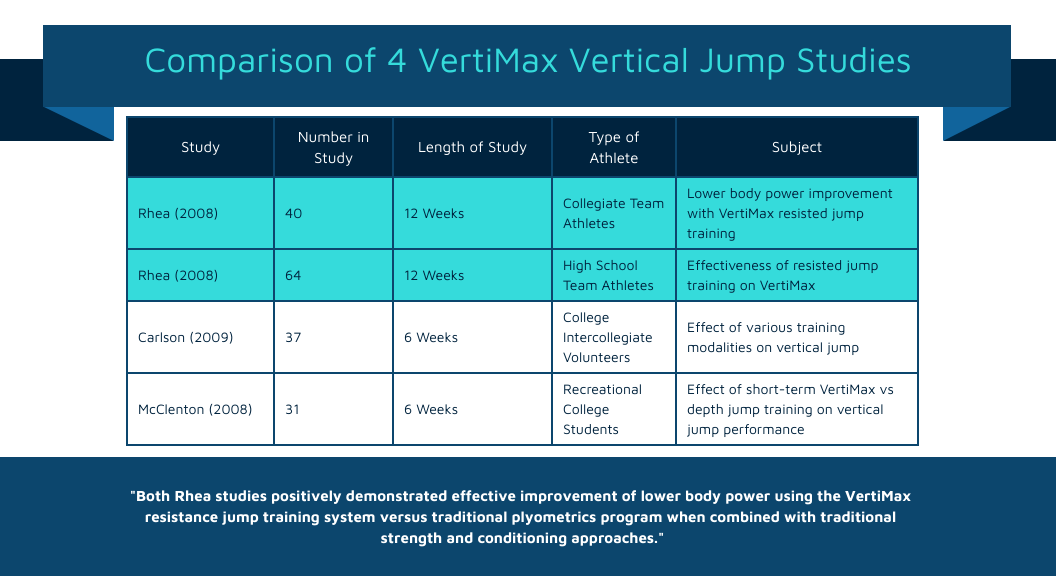 The first two studies by Matt Rhea, a sports scientist, and his colleagues studied both college and high school athletes using the VertiMax along with a sound strength and conditioning program. Athletes taking part in this study included highly experienced collegiate players with many years of athletic training under their belt. Rhea used the VertiMax resistance system for plyometric training.

Results: Both studies positively demonstrated effective improvement of lower body power using the VertiMax resistance jump training system versus traditional plyometrics program when combined with traditional strength and conditioning approaches. Superior performance enhancement and injury reduction may be expected with the incorporation of VertiMax over alternative jump training. The functional benefits result from the versatility of movement that VertiMax permits and the unique capacity to exaggerate jump landing/movement deceleration as well as the unrestricted ability to progressively overload the training stimulus.  (Rhea et al., 2009) 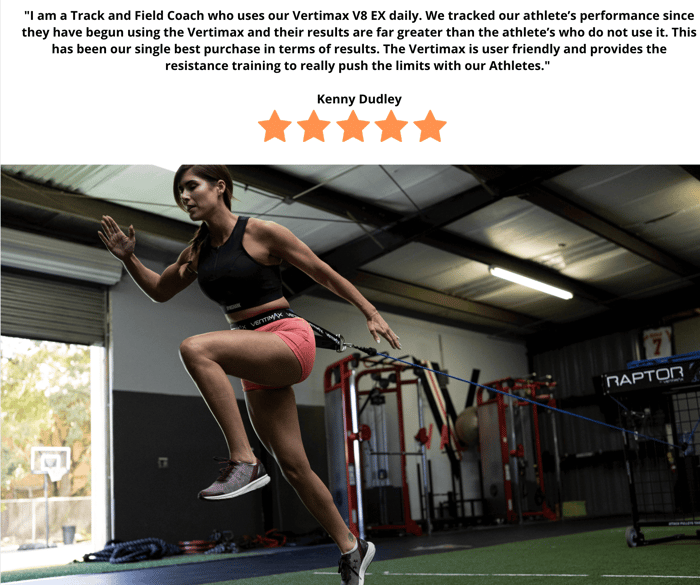 The last study by McClenton was another short 6-week training program with recreationally trained volunteers which were assigned into 3 groups of (1.) control group, (2.) VertiMax group, (3.) depth jump group. The study concluded that with the volume and intensity constraints and the short 6-week session, that VertiMax training made improvements in vertical jump similar to those that performed depth jump training alone.

When considering VertiMax Platforms and VertiMax Raptors know that the equipment gets results. Not only do athletes, coaches, trainers, and parents attest to the benefits, but the science reflects the benefits of VertiMax training and technology.