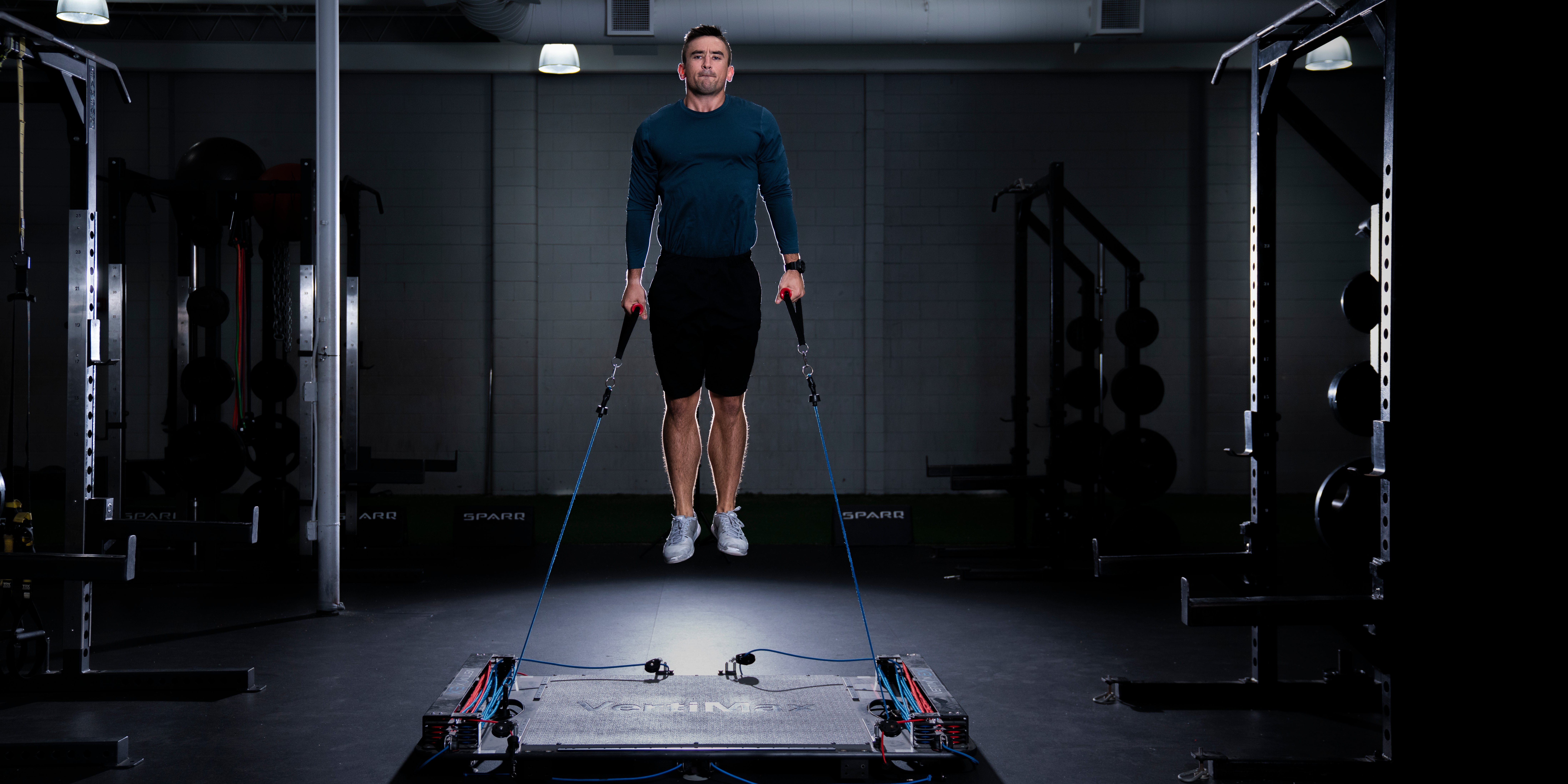 So You Want To Know How To Jump Higher

For years and years, athletes have wanted to know how to jump higher. For basketball, it was dunking or blocking shots. For volleyball, it was spiking or playing defense. Soccer? Head balls. You name it - if there's a sport, there's a reason for wanting to jump higher. In fact, PF Flyers, a sneaker brand, were once believed to help an athlete 'run faster and jump higher,' too. But could a piece of sporting equipment ever replace the power of a finely-tuned athlete? Quite frankly, the answer is no.

So athletes turned to sport training - sprinting, power training, and heavy lifting, just to name a few techniques. But in due time, the realization came that there was only so much that could be achieved through these methods. Athletes still wanted to know how to jump higher .

Enter VertiMax. It was always assumed that the 'how to jump higher' solution came primarily from training your legs. And on its face, that seems logical. But when you consider the total movement pattern of a jumper, you can't help but ignore another major element of the movement - arm swing. If you've ever tried jumping without the use of your arms to propel you forward, chances are you didn't get too far - or too high. Our statistics showed us that, indeed, 13 percent of vertical jumping capabilities come from arm swing speed. But what piece of equipment could teach that and lower extremity power?

The VertiMax. With resistance bands for your hips, legs and arms, you can now know the difference between good enough and great. Professional athletes from all sports have turned to VertiMax because they know the difference - and they see it first-hand in their performance. Coaches are bringing it into training rooms, too, and their teams are looking better as a result.

It's not a fluke, either. If you truly want to know how to jump higher, you need to train like you want it. And VertiMax is the only training machine out there that prepares all of an athletes parts for the movement. How's that for a game changer?