VertiMax athletic performance training equipment, including VertiMax V Series Platforms and VertiMax portable Raptors, provides a revolutionary solution for developing athletic speed performance.  VertiMax is the world leader in providing training systems for explosive athletes in any sport from youth to professional athletes. VertiMax patented technology changed the way resistance bands work so you can stretch them over 40 yards without resistance radically increasing. Read more on Why Use VertiMax Resistance Bands for Speed Training. Our patented band technology has opened up a whole new speed training dimension for athletic speed development and performance. The resistance band technology in the VertiMax V8 platforms and the portable VertiMax Raptor systems enable the athlete to load at high speeds while keeping training resistance stable over long distances.  Athletes continue accelerating and reach higher training speeds without the resistance band increasing.  Conventional bands would increase resistance over the longer distance causing the athlete to slam on the brakes rather than continuing to train.  Check out this YouTube video to see the V8 and Raptor in action:  VertiMax Ultimate Speed Training 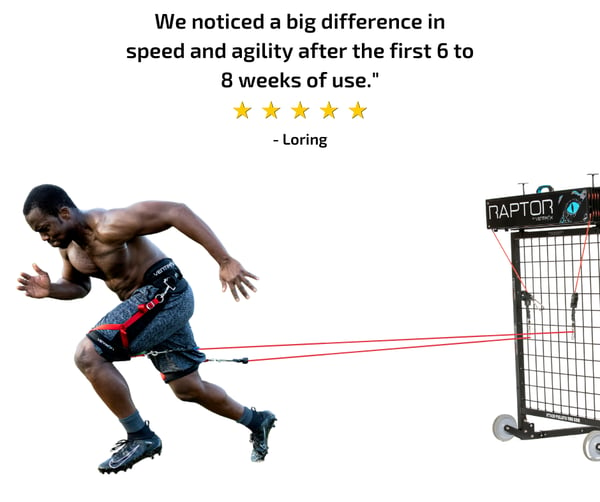 Why VertiMax is a Great Speed Training System

How Does VertiMax Help Increase an Athlete's Speed?

Optimal development of athletic speed and power is achieved by maximizing the rate at which muscular force can be generated. The faster an athlete can generate force, the more explosive an athlete will be. As an athlete’s explosive power increases, so will their ability to speed up and jump. However, it is very important to note that the strength an athlete develops in the weight room will not effectively translate to explosive power in competition unless low velocity power lifting is combined with light-load high speed explosive training. The VertiMax revolutionary loading technique simultaneously loads and increases power in both the ground contact and airborne phases of the running motion for a much more effective speed development.  If you speed train conventionally with an elastic band attached to the waist, the primary muscles you’re overloading are the quad glute in the drive phase that’s when the foot is in contact with the ground driving.  When the foot breaks contact with the ground and starts the forward airborne motion or the knee drive portion of the recovery phase, that band attached to the waist can apply any load to the hip flexors, which are vital to drive the thigh upward pulling the leg and foot through the air to the next ground strike.  The power development of the hip flexor was not addressed during previous high speed training because until now we’ve had no way to load it while sprinting. The VertiMax band technology loads above the knee so the quad, glute, and calf are loaded in the drive phase, as the athlete pulls against two or three bands. But for the first time, we can now overload the hip flexors in the recovery phase because the instant the foot breaks contact with the ground the hip flexors have to work harder pulling the leg forward through the air to the next ground strike because of the resistance pulling on the thigh just above the knee.  See how VertiMax resistance band technology helps with Training for Speed 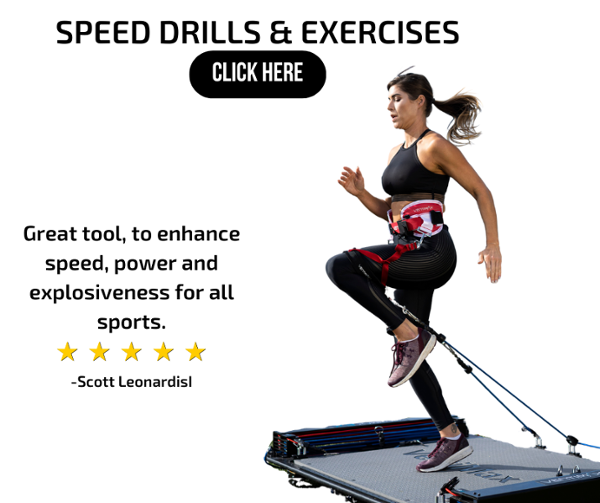 Who Can Use VertiMax for Speed Training?

VertiMax’s advanced resistance technology allows athletes of all ages to train in the horizontal plane with loads on specific areas of the body that result in extraordinary athletic performance improvements. VertiMax technology is used by leading world class Olympic athletes, professional athletes, and college, high school, and youth sports athletes. VertiMax is not only used by the leading sports teams, coaches, trainers and athletes use it for fitness and sports training at home, in gyms, fitness centers, and studio around the world. VertiMax improves performance on the field and off like no other sports performance equipment in the world. Watch the video to learn more about VertiMax and why it is used and trusted by so many leading coaches, trainers, and athletes. See the full article for Who Can Use Vertimax Speed Training Equipment.

How to Run Faster Using VertiMax

There’s a science to running faster. Luckily, you don’t need to be one of the top athletes in the world to master the science of running faster. Regardless of age, size, or skill level, anyone is capable of improving their personal record. There are many benefits that come with being fast. Running faster not only allows athletes to post noteworthy times in try-outs, during competition and in games, it also creates a more versatile athlete. Whether you’re a basketball player, football player, soccer player or a track athlete, you need to be quick. Often, speed can mean the difference between a loss and a win.  Check out this article on How to Run Faster which covers:

Which VertiMax System Should You Use for Speed Training? 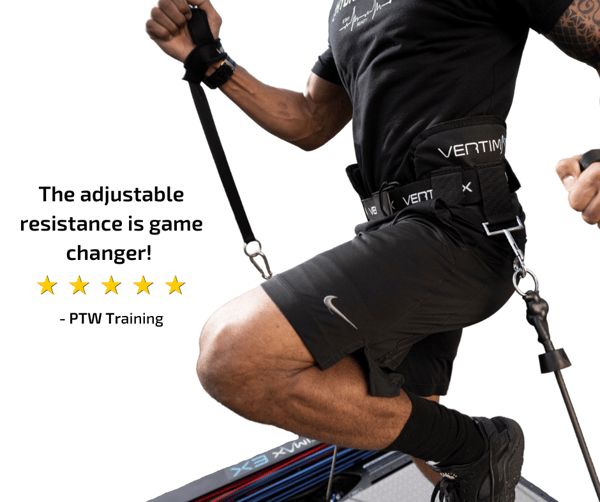 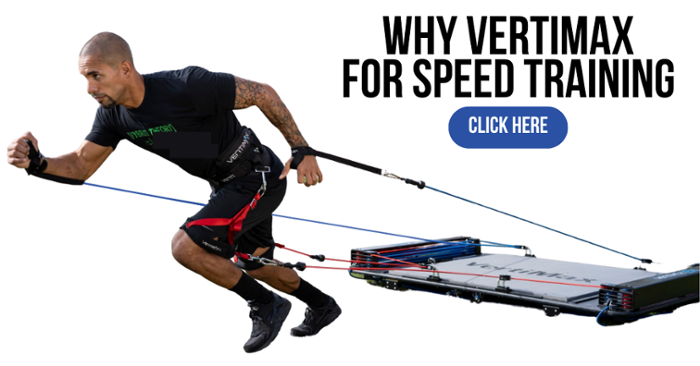