Regardless of your level of play, VertiMax develops explosive power from the legs to the shoulders to improve all aspects of a ball player’s game. From pitching velocity to hitting power and the development of superior offensive and defensive speed – VertiMax can deliver it all. VertiMax Softball Drills Deliver Maximum Power For Superior Throwing, Hitting And Speed Performance Gains From the Major Leagues to Little League ball players, VertiMax will develop game changing abilities providing superior gains in speed, hitting power and pitching velocity in as little as 3 weeks. 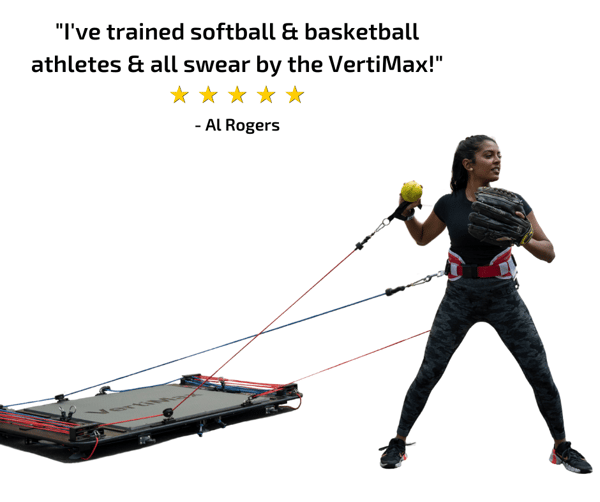 VertiMax Is The Ultimate Training Tool For Improved Softball Performance

The history of softball is quite interesting and can shed light on it’s needs. Presently, it’s common to think of softball as a “female sport” or a game played for company picnics. While it has developed into that to an extent, there is a reason. Softball was originally developed to be an indoor version of baseball so that players would be able to play during the winter. This meant that the field was smaller and the ball was bigger so that it did not go as far. This resulted in a very similar game to baseball. Now, softball has developed into one of the most widely played sports and has developed into a high level sport played at the professional levels as well as the Olympics.

What A Softball Player Needs To Play At The Highest Level

To be successful in softball, an athlete needs strength and power in their upper body for hitting and throwing while power in their lower body for accelerating, sprinting, and change of direction. This is due to the highly anaerobic nature of the game. A softball game consists of repeated events of short bursts of activity which is dependent on if and where a player hits the ball. This produces a game that requires athletes to be quick and powerful to propel their bodies into whatever position the play calls for. Every play performed by athletes during a softball game is done at full intensity and with explosive power.

Check out this Instagram video which shows a variety of ways VertiMax can be used to improve softball skills. 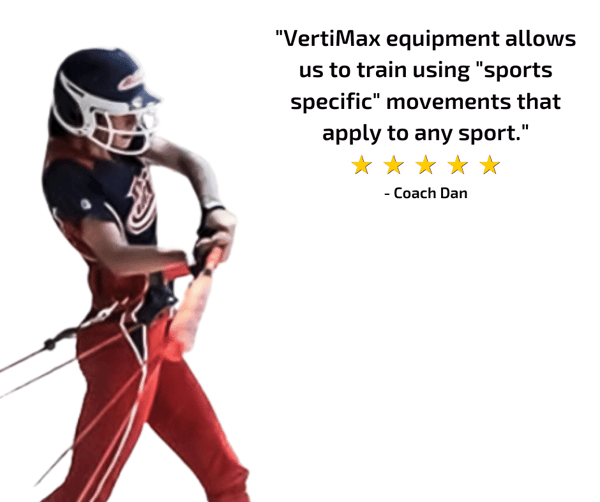 3 Benefits of Softball Training With VertiMax

VertiMax can improve every aspect of softball performance. When used in conjunction with your strength and conditioning program, you’ll definitely become a better player on the field. Here are just a few ways VertiMax produces the best softball players.

Explosive power in the upper and lower body are vital for a softball athlete to play at their optimal potential. With VertiMax’s unique design, the number of exercises available to increase force production and strength are vast. 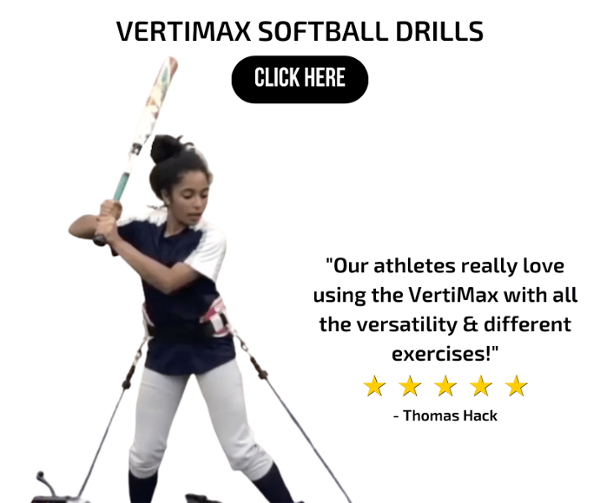 2. Increase Your Speed And Improve Your Agility With VertiMax

Speed is vital in softball. Countless number of plays during softball games have been decided on just a few milliseconds and can mean the difference between a win or a big L. This is why VertiMax is the best piece of softball training equipment to increase players velocity by a few clicks.  Further, resisted sprints have been found to possibly improve acceleration to an even higher degree. This is perfect as the distances between bases in softball are 60ft making the ability to reach top speeds faster even more important. Softball players rarely reach top speeds as their distances are shorter. This means that top acceleration may be more beneficial than actual top speeds.

Related to acceleration is the need for agility and change of direction skills. Players must constantly make movements with mere milliseconds of reaction time. Increased agility is developed by improving the stretch-reflex complex in a manner so that it can produce more power under less time. This is what a softball player needs as they must react to a ball in play that can literally go anywhere. 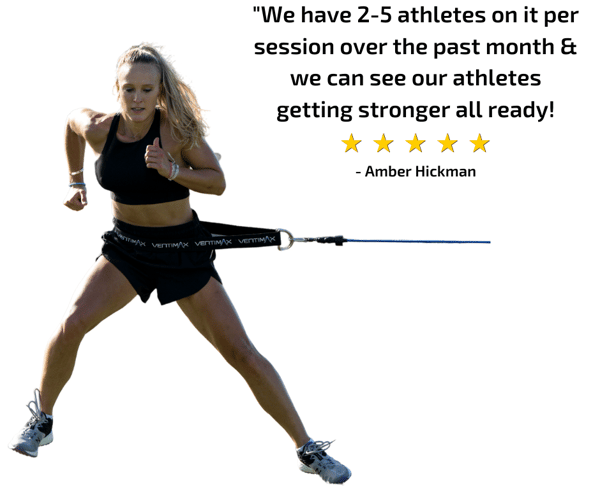 In the sport of softball, there are two different styles of pitching; fast-pitch and slow-pitch. The difference comes down to the pitching style and objective. Fast-pitch is much more similar to baseball in that the ball is thrown fast and straight. However, it is performed with a vastly different windmill motion technique. Slow-pitch softball is performed by throwing the ball in a high arc toward the plate. Slow-pitch is generally played on the lower levels or recreationally as it encourages more hits and more playtime.

Dominate The Diamond With The VertiMax Softball Training Tool!

As seen, VertiMax offers benefits as a software training tool that you can not find anywhere else when comparing it’s effectiveness, ingenuity, and versatility. It will meet all the needs of softball training to take athletes to the next level. Considering the high demands it takes to dominate play on the diamond, you need to have VertiMax in your training program to be sure you are playing at your fullest potential.

For even more ideas on how VertiMax can be used for softball training check out soccer training on our YouTube page, which has over sixty videos of VertiMax softball drills!