Vertimax Platforms and Raptors are the best sports training equipment tools to help quickly develop a dominant Lacrosse player by radically improving acceleration, deceleration, and vertical jump capabilities. Two simple exercises 2-3 times a week is all it takes to elevate your teams’ performance capability to the next level. Our tools can train dozens of Lacrosse athletes effectively.  VertiMax is easy on the knees and joints while creating quick explosive movements. 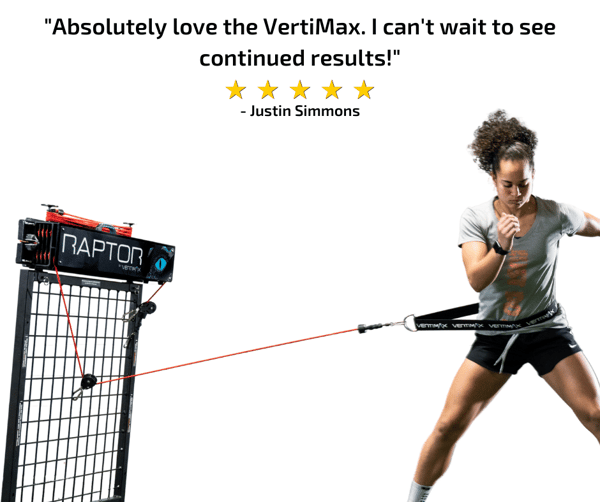 To fully develop athletic potential in the game of Lacrosse and become an impact player in any sport and in every game, VertiMax performance training equipment will deliver the speed, vertical jump and explosive power performance teams and individual athletes need to excel at any level. With over 50% of the NFL and NBA including 70% Division I colleges and thousands of high schools and families using our performance training equipment, VertiMax is recognized as the world leader providing the means to develop the fastest, most explosive athletes in Lacrosse and in any sport from youth to pro levels.

Optimal development of athletic speed and power is achieved by maximizing the rate at which muscular force can be generated. The faster an athlete can generate force, the more explosive they are going to be. As an athlete's explosive power increases, so will their ability to accelerate and jump. That ability translates to the field. Strength an athlete develops in the weight room will not translate to explosive power in Lacrosse competition unless low velocity power lifting is combined with light-load high speed explosive training. 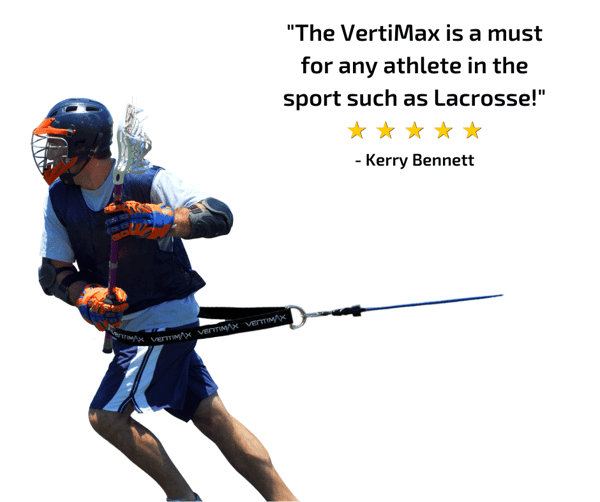 Being strong doesn't guarantee you'll be explosive. The stronger you are, the more explosive potential you have. However, an athlete's explosive potential can only be realized if their strength can be optimized for maximum rate of force production or power output. That is accomplished by combining traditional weight training protocols with EFFECTIVE high speed light load training. Many elastic training devices and techniques simply do not and cannot effectively load the initial phase of explosive movement. VertiMax technology corrects these problems to create the world's most effective sports performance training systems in our Platform and Raptor solutions for Lacrosse and many other sports.

Benefits Of Lacrosse Training With VertiMax

Originating from the indigenous population of North America, lacrosse is the oldest organized sport in North America.  Any normal game offers a constant display of athleticism that is quite impressive.  Lacrosse athletes regularly demonstrate the use of explosive power, strength, speed, agility, and endurance. It’s also tough, real tough. To give you an idea; before lacrosse could be adopted for collegiate and professional play, its form had to be modified to reduce the injuries that existed in the original sport.  Advanced levels of athleticism are a must to succeed in the sport AND not get hurt.

This is why VertiMax is the perfect piece of training equipment to improve your Lacrosse performance. VertiMax training system of resistance cords has revolutionized the way athletes train for performance being specifically designed to increase the neural control of muscles for more power production, more speed, and more strength.  This makes it the perfect tool to integrate into any existing strength and conditioning program for lacrosse players.

Some of the best players and teams in the lacrosse community have already found just how effective training with VertiMax is. This includes professional lacrosse players like Marie McCool and USports Consulting lacrosse training camps. 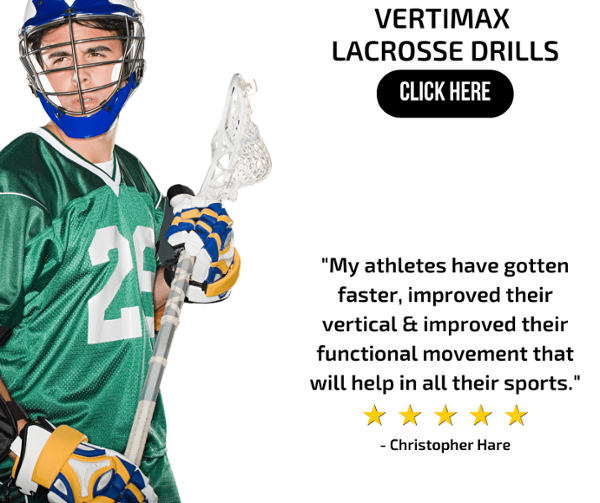 Why Do Lacrosse Players Need VertiMax

This increased use of the anaerobic system means that it is the most important aspect to train in a program.  Interestingly, the high use of the anaerobic system results in a higher than usual rate of substitution which highlights the intermittent nature of the sport.  Still, lacrosse players will still benefit from high aerobic capabilities to allow them to operate at higher intensities and recovery.

The success of a lacrosse player depends on developing explosive power and strength, particularly in the lower body, to support the need for sprinting, fast acceleration, and change of direction. Players will also need to improve the explosiveness of their upper body to help facilitate harder and longer throws as well as increasing the strength of the forearms and core.

Why VertiMax Is The Best Tool For Lacrosse Strength And Conditioning

VertiMax has proven to be the most innovative and effective lacrosse strength training program to improve athletic performance. Its design utilizes multiple resistance cords attached to various parts of the body to offer smooth, consistent resistance. This allows a lacrosse player to perform a wide variety of exercise AND sports-specific movements while being under a load.

This effectively increases the efficiency of the neuromuscular system and neural drive to create optimal performance. What this means is that when you integrate VertiMax into the strength and conditioning program of a lacrosse player, they will be able to: 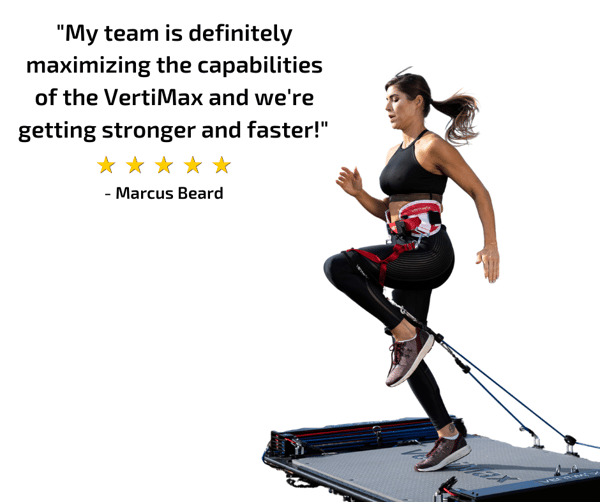 Why VertiMax Training for Goalies

Lacrosse goalies have a very demanding job. They must stop balls being shot at them traveling 70-80 mph, often time in succession! This means goalies have to be extraordinarily fast and quick with their movements. This is where VertiMax can increase the skills of a goalie in ways that are impossible by other movements

Why VertiMax Is The Best Core Strengthening Tool

VertiMax improves core strength for a lacrosse player to enable power, strength, and stability for throwing.

Why VertiMax For Beginners

Running drills for beginners with VertiMax can significantly improve the efficiency of their neuromuscular systems which can help their bodies learn faster. However, unlike other methods that either create a choppy movement or affect the biomechanics, VertiMax offers it’s smooth resistance and allows lacrosse athletes to use their natural biomechanics.

This increases the effectiveness while decreasing the risk of injury; precisely what a new player needs to improve. Further, VertiMax offers variable resistance so that the most suitable load can be used for the athlete. If you want to jumpstart the ability of a new lacrosse player, you need to use VertiMax.

With the unique design of VertiMax, there are virtually endless varieties of ways it can be used. The ability of lacrosse athletes to use their natural movements with freedom allows a load to be placed on almost any movement. This is the definition of training with specificity which is the key to improving sports performance.  If you want to take your game to the next level, VertiMax lacrosse training tools will get you there!