VertiMax band technology is used by coaches and athletes for the care and prevention of athletic injuries. The margins between winning and losing in sports are becoming increasingly smaller forcing the limits of athletic performance to be pushed further. As athletes and their coaches and trainers push their training regiments to enhance athletic performance, injuries can increasingly occur. As a result, in today’s world preventing injury for athletes is a key consideration to their long-term success on the field of play. 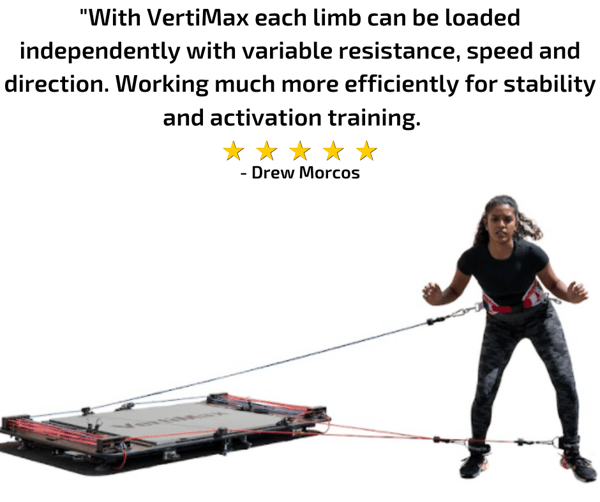 Traditionally the physiological and physical attributes of performance were considered when evaluating the causes of injury in an athlete; however there is a growing awareness of other factors. The tools athletes use to train with and the manner in which they train with those tools can make a big impact on preventing injury. In sports medicine in general there is a growing need to understand the relationship between training load, injury, fitness levels and athletic performance. This is where the unique aspects of VertiMax Raptors and Platforms can make a big difference in injury prevention of athletes because of how the VertiMax Platforms and Raptors were designed and can be use. Top athletes, coaches, and trainers rely on the unique aspect of VertiMax technology, including smooth resistance and consistent load, that enables athletes to train effectively while preventing injuries.

With over 50% of the NFL and NBA including 70% of Division I colleges and thousands of high schools and families using Vertimax performance training and injury prevention equipment, VertiMax is recognized as the world leader in providing the means to develop the fastest most explosive athletes in any sport from youth to pro levels while helping them keep safe from injury. 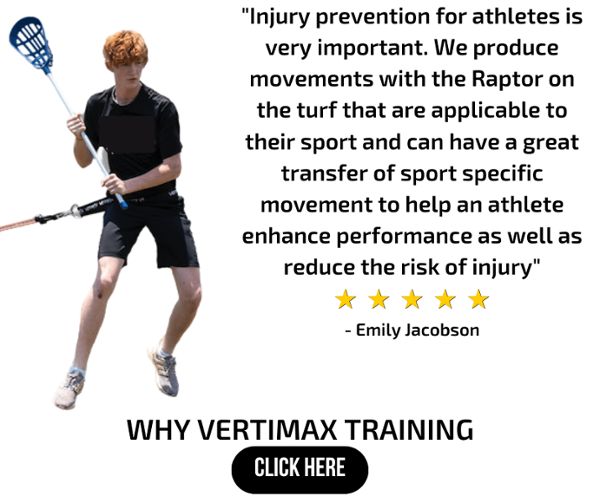 The portable Vertimax Raptor allows athletes to train on-the-go utilizing the patented VertiMax Elastic Training Technology to develop athletic speed and strength. Raptor Provides a mobile solution for teams and individuals by quickly strapping to walls and fences, inside a facility or out on the field, allowing athletes to train with resistance out to distances of 45 yards. 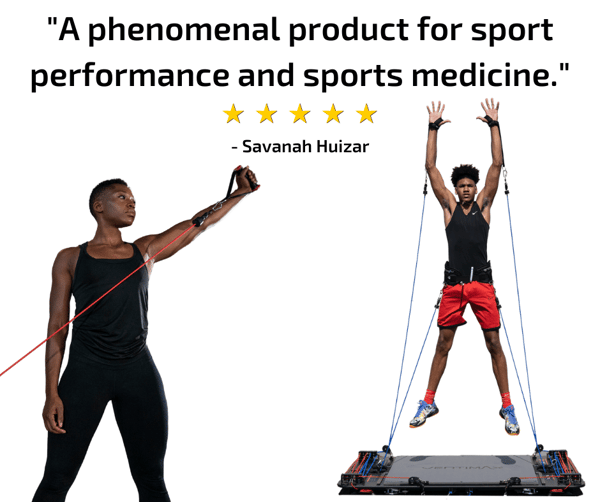 Listen to Emily Jacobson, Assistant Director Of Sports Performance at Marquette University, discuss how they use VertiMax technology to train their athletes and prevent injury in the video below. Marquette created a training environment that provides a training flow from a more constrained area in the racks to a more athletically open area of turf. This provides an opportunity for them to sequence from a more heavily loaded resistance to very light load that provides a fluid movement that doesn't interfere with the timing of the movements.

"Injury prevention for athletes is very important. Here in the weight room at Marquette we designed it to make sure athletes can move easily from a platform (or rack) into a Raptor and do movements on the turf that are applicable to their sport and can have a great transfer of sport specific movement for that individual to help them enhance performance as well as reduce the risk of injury." - Emily Jacobson, Assistant Director of Sports Performance, Marquette University.

Creating a training environment that provides flow from a more constrained area in the racks to a more athletically open area of turf provides an opportunity to sequence from a more heavily loaded resistance to very light load.  This provides a fluid movement that doesn't interfere with the timing of the movements.