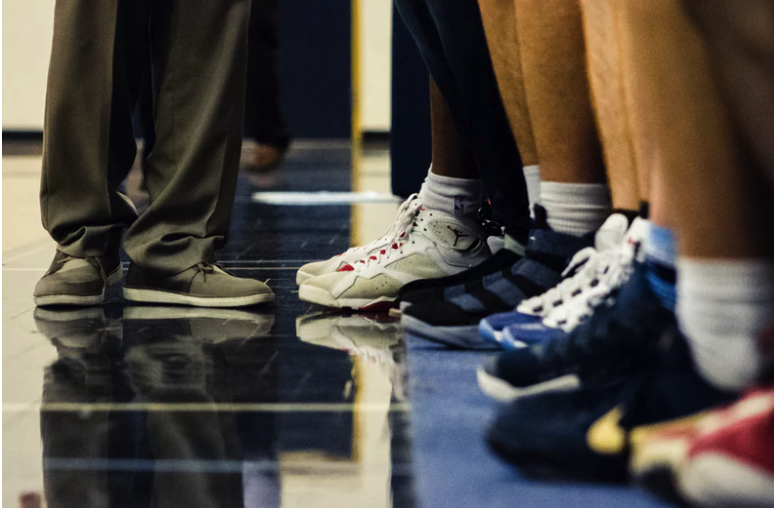 While there's no magic formula to produce top athletes, with a little bit of hard work, determination, and consistency, these basketball training drills can drastically improve individual youth performance and skill.

Form shooting is perhaps one of the most critical basketball training drills young players can master. When done properly and with consistency, form shooting drills promote muscle memory. This muscle memory is needed to develop excellent shooting form, which translates to great game-speed shooting. Additionally, this basketball training drill is designed to turn individual youth athletes into the best 3-point shooters they can be.

Basketball Drill: There are two ways to form shoot; one-hand or two-hands. Form shooting is performed close to the basket, about as far away as a layup.

Remember, this is a slow, methodical drill. Every rep should be carefully executed and consistent. In fact, players should attempt to complete each shot in exactly the same manner as the previous shot - following a sit, lift, dip pattern.

This drill is perfect to do after stretching and having a brief meeting with the players to try to create a mood.

Three players stay together in the drill. They’re going to run down the court and figure eight, pass, and go behind. The goal of this basketball training drill is to throw five passes. As players run up the court, they should call out the player’s name as they pass the ball. On the fifth pass, the player with the ball should take their shot. After the shot is made, the next group of players proceeds with the drill.

For the second and third round, progress to four and five passes. This additional pass pushes players to work a harder, gradually improving endurance. For the final rounds, scale back to three passes, closing out with two passes.

This basketball training drill is ideal for beginners and high-performance youth athletes alike. This drill is designed to improve speed, endurance, agility, and hand-eye coordination. Additionally, the 3 Man Weave, 5 Man Pass Drill is a great team building drill, as it teaches your players to work together.

Whether you add these basketball training drills to your training sessions at their basic or advanced levels, with consistency (3-5 times per week), you’ll be on your way to building explosive power, and improving agility for your youth basketball players in as little as two weeks!