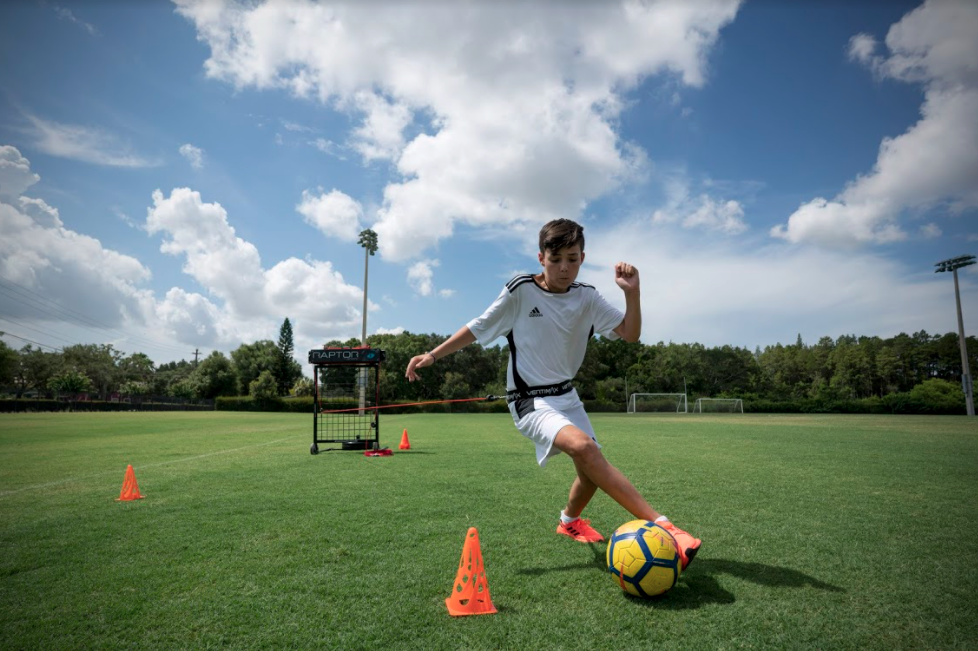 Increasing soccer acceleration and speed with VertiMax soccer drills is easy. Soccer is generally defined as an "intermittent" sport as game-play consists of light activity interspersed with periods of maximum output.  These high-intensity events include a range of activities and can include:

VO2max is a measurement of the body's ability to utilize the oxygen it intakes and is the best indicator for athletes' fitness levels.  An increased VO2max level means that your body can operate at a higher level more efficiently without becoming fatigued.  This can obviously benefit both your aerobic and anaerobic endurance performance.

Besides long runs, one of the most efficient ways of increasing VO2max is with the use of HIIT training.  The problem with the way HIIT training is usually done is the exercises that are used are not the best suited to elicit high enough intensity for a prolonged period of time.  With the use of VertiMax, resistance can be added to a number of exercises to instantly increase the intensity needed to get the heart rate up.  Some of the best exercises for HIIT that can be used with VertiMax to increase cardiac output are:

You can also perform sprint interval training (SIT) using VertiMax to increase the intensity with added resistance.  SIT is a bit different from HIIT as you completely rest between your work intervals; however, it effectively increases VO2max.  Plus, SIT training is specific to soccer athletes' needs as sprinting is one of the most critical factors for soccer athletes.

The time that is played while running at top speeds is one of the defining characteristics that differentiate playtime between elite play levels and those who play at lower levels.  Studies have shown that elite players sprints spend 28% more time running at high ends, which allows them to cover up to 24% more distance.

The most critical part of sprinting for soccer players is actually the acceleration phase rather than the top-end speed.  This is because players actually rarely run long enough to hit top speed, and their ability to accelerate quickly is the main factor for success.  In fact, soccer players will engage in accelerating 8 times more often than hitting top speed.

Increasing acceleration and speed with VertiMax is easy as they are two of the main purposes VertiMax was created for as both come from increased power output from the lower body.  Resisted sprinting has long been used as an effective means to increase acceleration and sprinting speeds as it increases the neuromuscular efficiency and power output that is needed to get from a stand-still to top speed.  However, unlike using bands or parachutes, VertiMax offers smooth resistance allowing the athletes to concentrate on their form and not being jerked around. VertiMax can be used with a range of loads based on the specific needs of the athlete and that specific training session.  Speed drills with VertiMax can improve a soccer athletes performance in a unique manner as there are 3 areas to attach resistance:

With the option to have over 40 yards of un-interrupted resistance, soccer athletes are able to conduct speed training as never before.


With VertiMax, soccer players can train:

If you want to increase your speed for soccer, you need to train with VertiMax!

During a soccer game, an athlete encounters a lot of obstacles, mainly in the form of the opposing team trying to win.  This means a soccer player rarely runs in a straight line.  Soccer players are known for their quick feet and able to make precise movements as they maneuver their way down the field, avoiding their opponents.  Running fast is a must for soccer, but it must be paired with the ability to change direction and maneuver in multiple orders; this might mean running backward, at multiple angles, or even laterally.

Increased levels of agility comes from increasing the neuromuscular system to allow for greater force output in less time. VertiMax can be attached to a soccer player as they run agility drills which will require them to produce more force.  This improvement is what will give a soccer player quick feet and the ability to alter their direction while running without losing speed.  For agility training, VertiMax can again be attached to the same three locations as with speed training with two variables:

1.Resistance can be attached in alignment with the direction of movement to require additional force production

2.Resistance can be attached laterally to add an aspect of instability to help enhance the player's balance and core control; both which are vital for agility.

Per number 2, keeping the hips centered is one of the greatest factors in the ability to move quickly with constant change of direction.  This requires a tremendous amount of balance and core strength, both of which can be trained in a unique manner with VertiMax.  While you can train these attributes separately and then apply them to your agility skills, VertiMax allows you to train them WHILE training your agility drills.

Again, this gives VertiMax the ability to train soccer players with a specificity unseen in any other training equipment piece.

Check out this video to see why training with VertiMax for soccer performance is so essential to improving agility skills, including change of direction, running backward, and lateral movement.

Great first step quickness, vertical leap performance and explosive kicking power is the ultimate hat trick. VertiMax training technology enhances your fast twitch muscle performance through an advanced resistance training design that allows you to train how you play. You can develop the quickness, strength and speed that will help you dominate the pitch from kickoff to the final whistle. 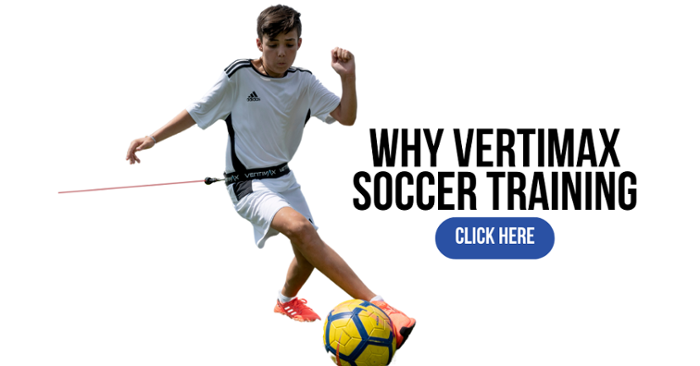