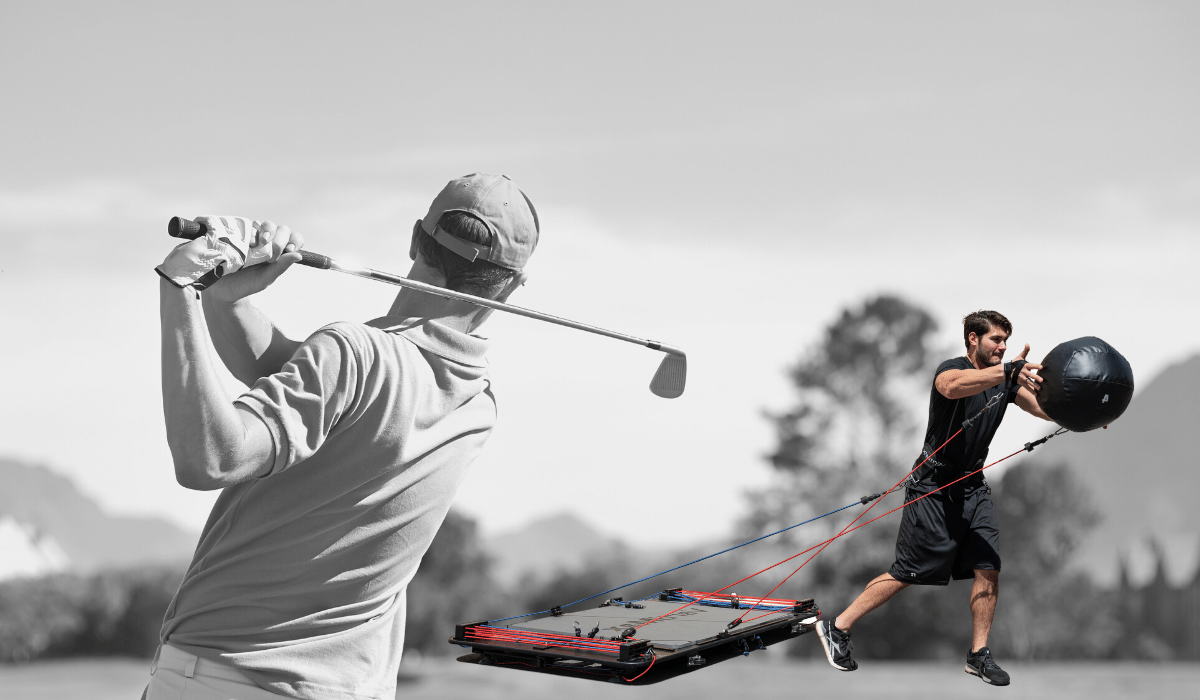 VertiMax is perfect for improving golf performance as it allows sport-specific movements with loaded resistance. This allows players to perform natural golf movement with a full range of motion.  Results include improvements in explosive power, strength, mobility, and just about any other variable for performance.  However, where VertiMax really stands out is it  in ways no other piece of training equipment can.

When looking at the best exercises for golf strength and conditioning, you need to primarily use full-body compound movements. There is little reason to perform isolation movements other than some core training, which should be based on anti-rotation. See Why VertiMax Golf Training improves your game.

Further, movements that concentrate on the concentric portion of a movement provide the greatest benefits to golf performance; especially those that are explosive and ballistic in nature. Here are the top golf exercises to perform with VertiMax. Time to lower your handicap and improve your game!

Squat jump performance was found to have a solid correlation with an increased clubhead speed in a study from 2013 which examined various movements. This is perfect as resisted squat jumps is perhaps the most popular exercise to perform using VertiMax; plus, it's very simple to perform

Have the athlete stand on the platform and connect VertiMax to the waist. You can also attach to the arms as well for a slightly different variation. Have the athlete dip into a squat and then propeller themselves as high as they can go.

Neither endurance or muscle hypertrophy are a concern for golfers, so use more sets with lower reps and plenty of rest. This will allow the golfer to produce each jump with maximum output.

In that same study, medicine ball ballistic throws were also found to have a high correlation with clubhead speed. Using VertiMax with the medicine ball throw is going to improve this already effective exercise.

Attach VertiMax to the athlete's hands and have them facing away from VertiMax holding a medicine ball. Now, instruct the athlete to throw (in reality they are pushing the ball) as far as they can. It's important that they are able to produce full force so you can either throw into a sturdy wall or make sure there is plenty of distance.

Have the athlete stand perpendicular to VertiMax while holding a medicine ball and attach VertiMax to the arms. Have the athlete rotate at the hips to bring their arms towards VertiMax and then rotate explosively to throw the ball. It's essential to keep the arms straight out in front and rotate the shoulders and arms with the hips.

Using VertiMax with this exercise can be beneficial as it provides extra resistance from behind. When relying on holding a medicine ball, the weight can fatigue the shoulders from holding it out straight; or be too heavy all together. VertiMax fixes this problem by allowing a smaller medicine ball to be used while actually providing more resistance!

Specificity training is key in athletic performance. This is where VertiMax really stands out as an optimal piece of golf training equipment. As mentioned, it allows 100% natural movement while under resistance. Being that VertiMax can be attached strategically to the waist on both sides, you are able to create the perfect movement while increasing the explosiveness of the hip rotation.

Have a player stand on the VertiMax platform with VertiMax attached to both sides. Then have them perform a swing as usual. Have them really focus on producing powerful hip rotation.

In another study from 2009, the downward chop was showed to have the greatest correlation with clubhead speed. Due to the height need, you may need to use the Raptor Dual so that you can attach it to a higher location or even the Raptor Bundle.

Set VertiMax in a relatively high position; ideally, so the hands can reach shoulder level. Have the athlete stand perpendicular to VertiMax and get into a normal golf stance (This can also be performed from the knees if height is an issue). Attach VertiMax to the player's hands, and if possible, you can have the athlete hold a short dowel to mimic grabbing a club.

Another lower body exercise which has shown a strong correlation with golf performance. The standing long jump is another incredibly easy yet very effective exercise for improving golf performance. This is due to the high amount of power and force production that is required.

Have an athlete stand looking away from VertiMax while having the waistband attached. Now, simply have the athlete bend their knees a little and explode up with a powerful extension. Also, instruct them to use arm drive (you can attach VertiMax to the wrists for a slightly different variation). The object is for the athlete to jump as far as they can. You can also turn this into performing multiple jumps.

This is a hybrid of the rotational medicine ball throw and wood chop. It's performed in a very similar method, except you will look directly towards VertiMax and using the handles. You will then perform a powerful rotational movement while keeping your arms straight out in front of you. In a similar manner to the downward chop, your shoulders should rotate with your hips. You can perform this movement in both directions and at multiple angles to train the body at all angles.

Think of the double band torso rotation as building a strong and powerful base, while the downward chop is very specific to the swing.

The basic chest press.  Strength in the chest and shoulders have both been found in low-handicapped golf players.  The great thing about VertiMax is that athletes are easily able to perform traditional movements as well by utilizing the handle attachments.  While the medicine ball will improve the power output, utilizing some basic strength movements will improve your absolute strength.  This will not only help improve performance, but also help mitigate injury.

This movement can be performed either standing or on one knee.  Note that when performed on one knee, there will be some slightly higher activation in the core (which is definitely not a bad thing for golf)

Use the handle attachments and instruct the athlete to bring them up to their shoulders.  Keeping the elbows tucked in, have the athletes press straight out and then come back slow and controlled.

You may need to use multiple bands to be able to use a higher load which is fine as with VertiMax, you can do just that!

VertiMax Is The Best Golf Training Tool On The Market

As you can see, using VertiMax with these 8 exercises is all you need to instantly knock off some of those strokes for a lower handicap.  And these are just a handful of exercises you can do.  Be sure to check out our Instagram for plenty of other exercises to improve power, strength, speed, agility, and mobility! 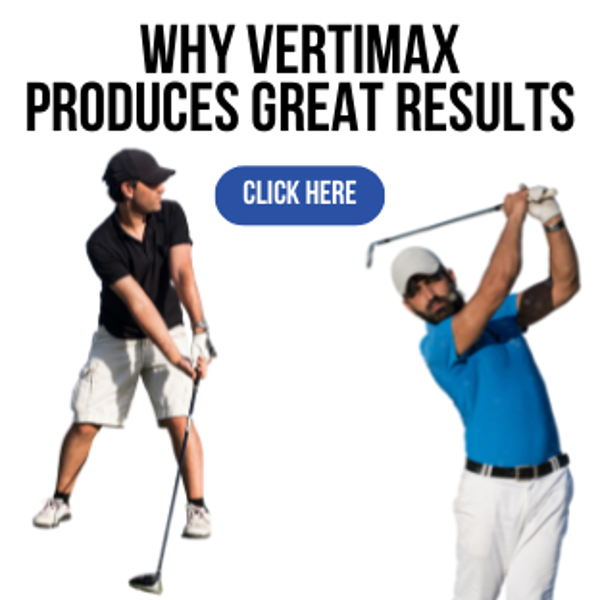