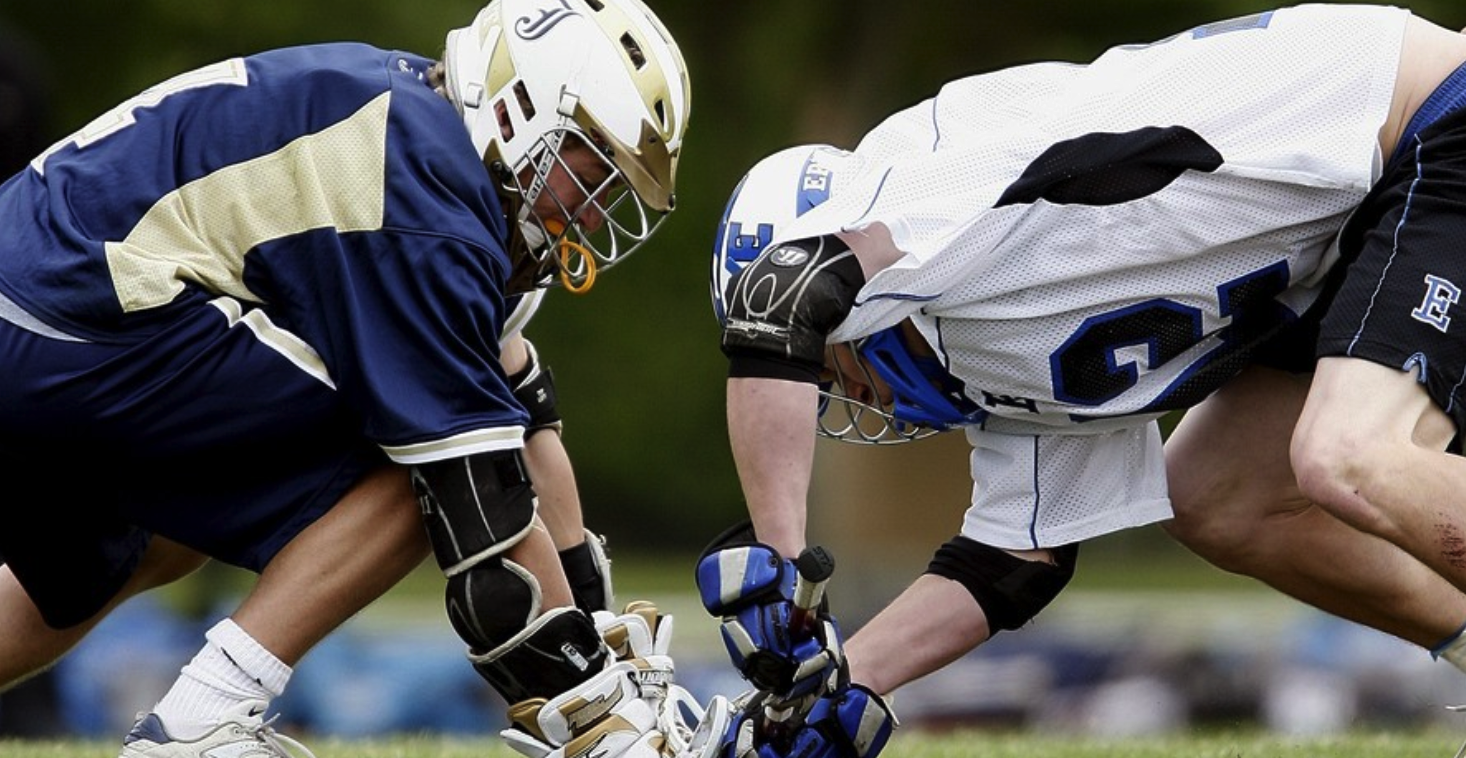 The War For Talent In High School Athletics

I went to a private catholic prep school in high school. In my estimation, 80% of my classmates were from out of town.

Now just so you're aware my town was approximately 5 square miles, so being from out of town meant a short jog, but I digress.

We had students from Washington, DC, Virginia, Other parts of Maryland, Canada, Africa, Korea, you name it, we had it.

My next estimation (more educated guess or even factual statement) is that the ones that came from out of town, came for the sports. We had one of the best Lacrosse programs in the country, a top notch basketball program and a football program that was up and coming, and 8 years later is a top 10 program in Maryland.

During my time in school, we had guys transfer in from other schools to get more athletic exposure, transfer out to better programs when the exposure wasn't what they expected, and even some that left for greener pastures only to come back to beautiful Southern Maryland.

Why do I force the reader to succumb to such mind numbing story telling you may ask? Reason being is that what I saw from 2006-2010, the recruiting and transferring of players, is happening ten-fold in 2018.

The thing is that this isn't a high school problem. The high schools are faced with fighting a war that starts long before students step foot on campus. This is a youth sports and parenting problem.

We're putting too much emphasis on legislation on high school athletics when our focus should be on the battles fought years before the war begins.

Let's take it back a few years, your son or daughter is a young buck, wanting to play pee-wee sports. Barely strong enough to hold the ball that they play with, you sign them up and watch your pride and joy trot ever so uncordinatedly (it's a word) into their first practice.

They score a goal, run for a touchdown, make a basket and all of your pee wee and high school success and failures start rushing back into your head.

"If only I had trained harder."

"What if I had a better coach?

"If we had better equipment, I would have gone pro."

"If only they had given me the ball more!"

Newsflash, no they (most likely) cannot.

Not to squash the dream, but here's the thing, your kid has 50% of your sub par (insert competitive activity here) genetics, and unless you married an olympic athlete, they're probably not genetically able to achieve YOUR dream (More on this in the next chapter).

This war between parents and administration starts far before the kids are high school aged. It starts when the parents start to live vicariously through their 5 year old kids.

Science aside, you're going to do all it takes to have your kid be the best they can be (That's overbearing parent slang for "Go Pro").

After all, they did score the most points in the 1st grade championship game. They are the star QB on their middle school football team; and fast? Of course they are, that's why coach calls him Flash.

You've put so many hours, and even more dollars into your child's success, because after all, it's their decision.

So which is the lie? The one where you keep telling yourself that the more money you pay, or hours you spend on the road, going to practice, training and tournaments is going to get Johnny a D1 Scholarship or the one that you keep telling to all of us, that this is all Johnny's decision?

They're both lies. And lies that have been perpetuated for years and have led to this war that we are currently involved in.

The first lie is that you can pay to get your child to play. Like we spoke about earlier, your lackluster genetics make up 50% of your son or daughter, and although you feel like if they had just "Let Boobie Spin" (You're Boobie) back in high school, you would have won the state championship game, the harsh reality is that you weren't that good.

And heres the deal, neither is your kid. No matter the hours, the money or the training you put into them, they're not LeBron James, and no amount of money will get them more playing time.

“The players that get the most playing time are the ones that — based on practice, work ethic, attitude, team play, etc. — give our team the best chance to be successful." - David Russell, Assistant varsity girls basketball coach at Providence Day School

Here's another harsh reality (If the last one wasn't harsh enough), coaches play the best players, and the even harsher reality is that even if your kid is good enough to get playing time at the Varsity level in High School they've got a single digit percentage chance to go play any form of NCAA college ball.

That's D1, D2 or D3 - and just so you know D3 doesn't give athletic scholarships. So you better start Hooked On Phonics here soon as well, or you're paying that bill so they can go play ball at the next level. And let's just say that Johnny ends up playing in the NCAA, the percentage gets even smaller when we start talking pro ball.

The second perpetuated lie is that all of the time, money and resources you're putting into your kid's success is their idea. It's not. No matter how many times you tell yourself it is, kids change their mind hundreds if not thousands of times between breakfast and dinner, let alone from age 5 - 18.

And because of this lie that is told, we hear about parent's all over the country yelling at their 5 year olds on the field, getting into fights with other parents, threatening officials, and even killing people at youth sporting events.

Dude, who are you kidding? You think this is your kid's idea? The kid sitting in center field picking dandelions? No, this is your way of living vicariously through your child.

It's much more than wanting better for your child, it's a selfish act that leads to Chapter 3.

The dream and the lie leads to the war.

Here's the issue: You've got the dream. The dream that you (the parent) couldn't achieve on your own. Disguising it as "I want to give my kid what I didn't have". You've got the lie, the lie that you can pay in order for your child to play, and that this is all their idea and they couldn't be happier.

The problem is that this leads to a constant battle between parents and coaches that boils over into the high school experience.

Here's the thing, if we were doing what is right for the kid, we'd let them go to the local high school with all their friends and have a great experience, but that's where we toss the wrench in.

Parents will move to get into districts with better athletics, better coaches, and better recruits. 8th grade parents vet athletic programs to see where their previous athletes got scholarship offers from.

This leads to both legal and illegal transfers, but more than that it leads to Coaches and Athletic Directors becoming baby sitters for the parents, instead of worrying about the safety and wellbeing of the kids, both physically and psychologically.

In a Forbes.com story published in April titled “Why Even Successful High School Coaches Are Deemed Easily Expendable,” author Bob Cook wrote, “In this environment, parents hold the power because administrators now have to think of satisfying them, basically, as customers, trying to keep them happy and their kids in the school district, as well as on the district’s side for the next time it comes with a ballot request to raise taxes to fund its needs.”

So the coach doesn't play little Johnny although you've put your life savings on the line training him up to this point. Transfer! Get him fired! Bitch and Moan until your little Johnny gets his way.

Why do this? Because in high school he no longer scores the most points, isn't the starting QB and the coach? He doesn't call him Flash!

It's not that Johnny isn't the best player anymore, it's that the school sucks, coaching is subpar and the AD doesn't understand. So you move and transfer.

It's this grass is always greener mentality that hurts the kids. Thinking that their high school team isn't up to par with what they could get somewhere else.

"Ask area high school athletic directors how often they handle issues with parents who aren't happy with their child's coach, and many will provide the same answer: Every day."

Here's the thing, it's not the kid's fault. They were born into the dream, brought into the lie and drafted into the war. The war that, if they had a choice, they probably wouldn't be apart of anyway.

Hell, they just wanted to play outside with their friends. And dude, newsflash that's exactly what they still want to do, they're just older.

And now what? So you got the coach fired, you have the Athletic Director's number on speed dial and Johnny has transferred 3 times in 4 years.

Like seriously, what's the goal here? Who wins? It's not the athletes!

So now what? What do we do from here?

The easy thing to say is to adjust to the climate. But if you've read anything else I've ever written, or even just the first 3 sections of this article, you'll see that I'm not one to settle for easy.

My solution isn't easy, but it's simple.

Disclaimer: This solution is for the high school coaches and AD's - I have a much more in depth solution for youth sports I'll write about here soon.

The solution is this: Take care of the kids that come through your program. Love them, support them, nurture them and make them the best athlete and human being they can be. I don't care if it's the star QB or the water boy (or girl).

This doesn't mean play everyone equally. Doesn't mean don't raise your voice and get passionate. It means focus on the athletes. It's their life your truly impacting after all.

The parents come second, maybe even third or fourth. And yes, I get that Mrs. Murphy is in your office every other day, but it's her son or daughter that comes first, and here's the thing, if she wants to take them out of school and send them somewhere else, that's fine. At least you could make a difference for the short time you had together.

And hey, if you're let go, if a parent posts on social about your coaching style, if you have to deal with the drama of an entitled parent, you'll at least know, with a clear conscience, that you did everything you could as a mentor to these young athletes to reverse the damage the dream, the lie and this war has had on our athletic culture.