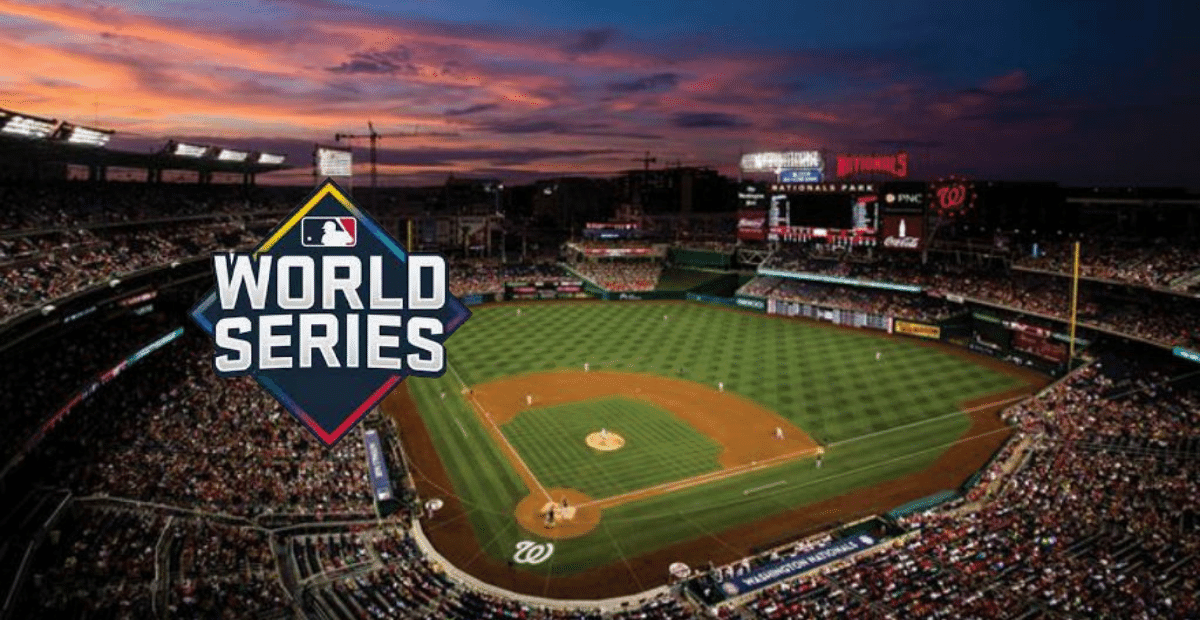 How to Train to Win the MLB World Series

The MLB World Series is the pinnacle of professional baseball, where the top teams from the American and National square off to decide the MLB champion. The razor-thin margin for error for teams during the playoffs makes it a must watch for any aspiring baseball player.

This 2022 season, the World Series runs from Oct. 28th–Nov. 5th, with the earlier rounds of the playoffs beginning on Oct. 7th.  Make sure to check it out!

While we might not think of baseball as the most explosive sport, it absolutely demands dedicated and meticulous training to reach the highest level, like the World Series. Teams play a grueling 162 game schedule during the MLB season, requiring players to prepare their bodies through strength training in order to sustain their play over the long season.

The opportunity to play in the World Series doesn’t happen by accident. It takes years of disciplined training to perform at an elite level and be ready for any scenario. So let’s look at how you can reach that level, by showing you how to improve your baseball skills, with training just like the players who win the World Series.

While baseball certainly requires full-body training to achieve maximum performance, training efforts can vary by position. For all hitters, especially those who hit for power  to drive runs between bases, developing their core and grip strength will be important for increasing power and bat speed.

For pitchers, they need to focus on lower body workouts that will help increase pitch velocity. They also need to improve the strength in their shoulder and back is also critical, as it should help to reduce the risk of wear and tear throughout the season.

For infielders, particularly middle infielders, lower body training combined with speed and agility work to increase lateral quickness and ability to change directions should be a priority. With outfielders, developing strength in the lower body, core, and back should be the focus by helping improve throwing distance.

At the end of the day, it requires a comprehensive, full-body approach to strength training for players to perform at the MLB level. Using equipment like VertiMax is a perfect compliment to this kind of approach, as it has a ton of versatility and allows you to train multiple muscle groups at once. Let’s look at some of the best ways to train for baseball with the VertiMax.

Best Ways To Train For The World Series

The ability to throw a baseball is the most common athletic movement needed for all baseball players. A pitcher’s utility is obviously based around their throwing motion, but all players need to develop their ability to throw to succeed as fielders. With the adaptability of the VertiMax, there are many ways you can train to improve your throwing capabilities.

Here with the VertiMax Raptor, you can use the resistance it provides to mimic the initial set-up of a throwing motion, building strength and stability in your shoulder. This is critical to be able prevent injuries, as well as increasing velocity on your throw.

Hitting a baseball requires a complex, full-body movement pattern that can be difficult to train and develop. Hitters need to generate power from their lower body, as well as speed from their forearms and wrists. By using VertiMax equipment to train, players can be much more effective with their training, as they can perform the actual hitting motion instead of movement patterns that don’t necessarily translate to increased hitting performance.

VertiMax also gives players the versatility to train specific muscles, with the ability to harness hands and legs individually, wear a core vest, etc., players can focus on eliminating any imbalances or deficiencies in their movement patterns.

While there are differences between the movements needed as an infielder and those needed when playing the outfield, there’s no question players need to move explosively and react quickly at the crack of the bat when they are in the field. Training with a VertiMax gives you unparalleled options when looking for ways to increase your speed while building your balance and coordination.

Outfielders primarily move in a straight-line with less lateral movement than infielders, but have to change directions quickly and cover a lot of ground. Here’s an example of a player working on his ability to track down balls and improving his reaction time, while using the VertiMax resistance to increase coordination.

Having the range to cover your position is also critical in the outfield. With the VertiMax, you can load your lower body and train with the purpose of increasing your top-end speed, like the athlete in the video below.

Infielders have more side-to-side movement required in their position, while also needing to maintain their balance while staying low in order to field the ball on the move. Below is a good drill for infielders to try with the VertiMax, as they can use the resistance it creates to increase lower body strength and develop better balance.

Playing the infield also demands more short-area quickness than other positions, as they have less time to react to the ball coming off the bat. Here’s an athlete that is using the VertiMax to improve her first step laterally, so she can improve her reaction time to any quick one-hoppers hit her way.

Catchers don’t have to move to cover a lot of ground, but they need lightning-quick reflexes to block any pitches in the dirt. With the VertiMax, you can build up the fast-twitch muscles in your legs and improve your reaction time by loading your lower body with resistance while you simulate getting your body in front of the ball, like the player below.

Catchers also need to react quickly to baserunners trying to steal, where they must get from a squatting position to throwing position in an instant. Here’s an example of an athlete trying to improve his ability to throw quickly with the VertiMax, as he’s powering through the resistance to build explosive movements.

The ability to steal bases is a premium skill in baseball that requires the combination of good technique and an explosive first step. By training with the VertiMax, players can focus on improving both. In the video below, the athlete isolates the movement pattern and loads resistance weight on his push-off leg, allowing him to increase the amount of force he’s producing and move more explosively.

More Baseball Drills To Get Started

For athletes who are new to VertiMax, or young players just starting out in baseball, it's overwhelming to figure out how to get started with your training. Luckily, VertiMax has you covered, with plenty of ideas and instructions for drills by clicking below.  Whether you are a pitcher, a catcher, infielder, or power hitter, VertiMax has drills that will focus on your specific skillset and take your game to the next level. 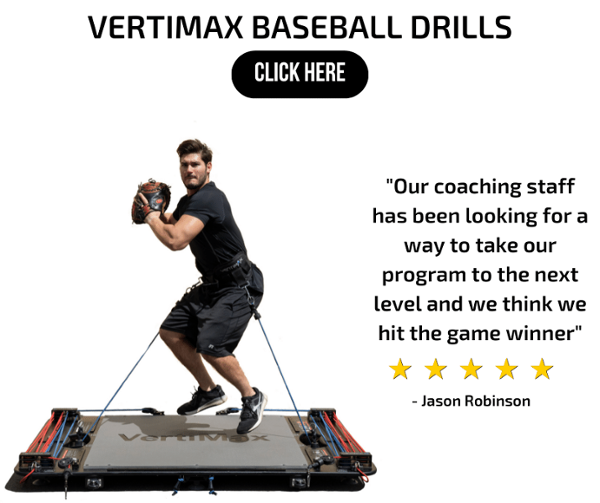 With the MLB postseason getting underway, those who have been able to make the postseason have made tremendous sacrifices to get to this point, as you have to put an incredible amount of time, energy, and discipline into your training just to achieve that goal. To make the World Series and reach the peak of the sport, you have to push yourself to take your training to an even higher level.  That’s where the VertiMax comes in, as it’s the elite training equipment for elite athletes.

Being an elite professional athlete is not for everyone, but if you think you have what it takes to be elite and want to know how to go about training so that you can play at a championship level, then join the countless MLB players who already use it and start training with the VertiMax today.

Get in touch with our support team if you have any questions about the VertiMax or how to get started, we’re happy to help you at any point during your training journey.

For more information about our baseball training, check out the link below. 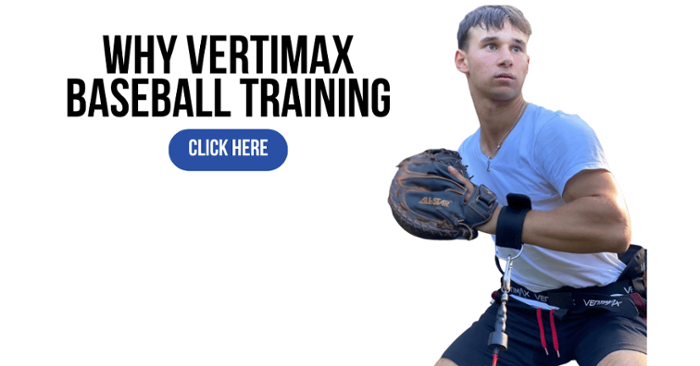