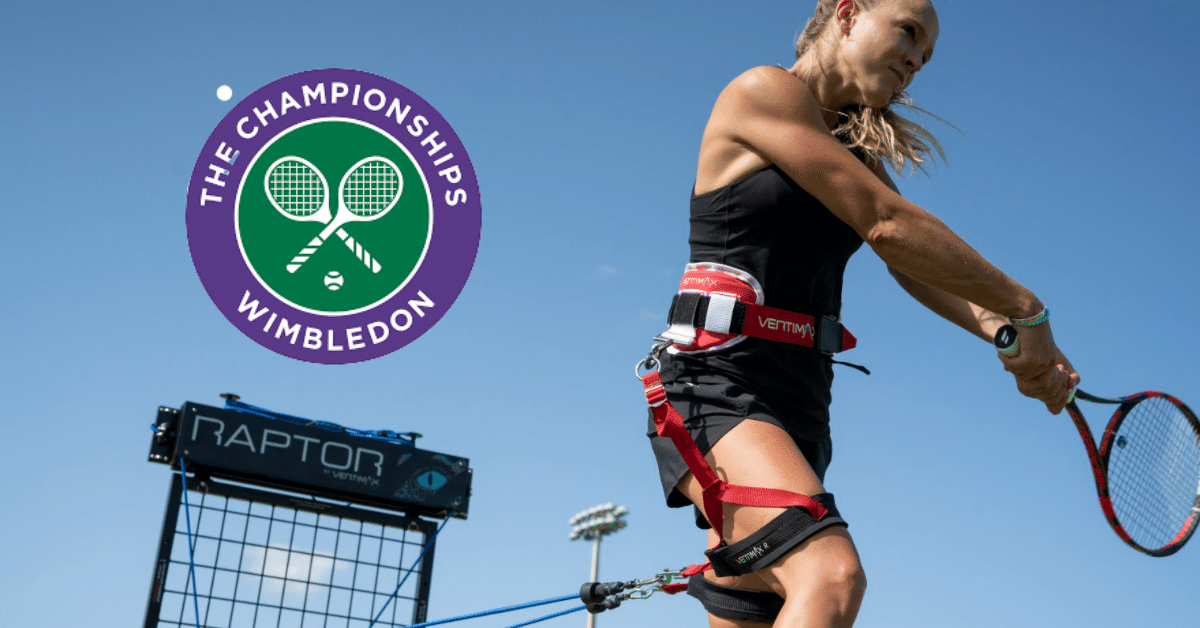 Tennis is in season, and Wimbledon is right around the corner. Wimbledon usually begins in late June and early July. Most athletes have already finished preparing for the French Open in mid-May, but there's still plenty of time to prepare and win Wimbledon. But first, let's get you qualified. 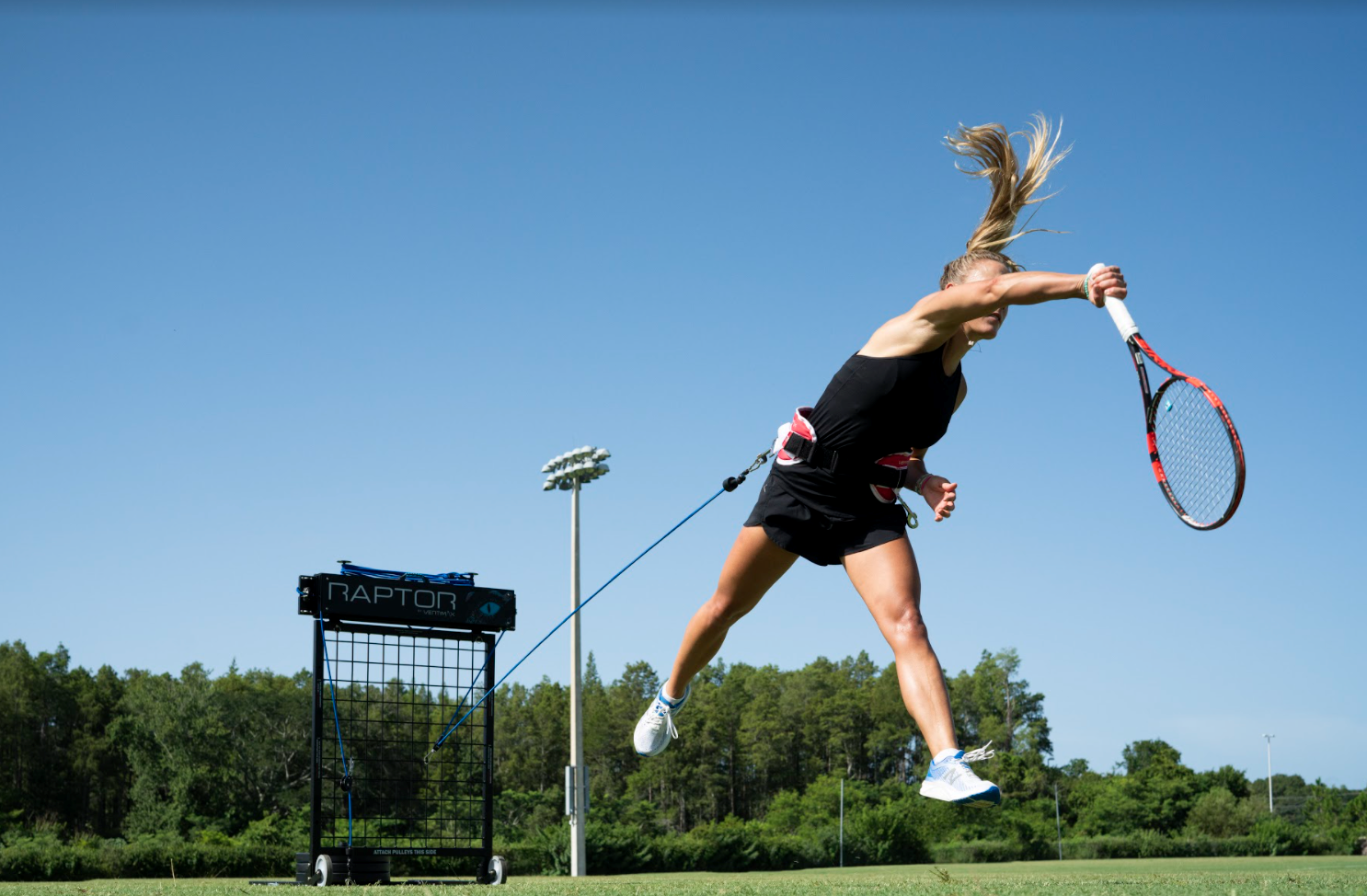 How To Qualify For Wimbledon

Players must submit their entry to play at Wimbledon at least six weeks prior to the first day of the tournament, so there’s still time!

Wimbledon’s Committee of Management determines who is accepted based on the Association of Tennis Professionals (ATP) rankings. All APT players accumulate points from competing in official tournaments from the previous year. Grand Slams like Wimbledon generate the most points, so it’s essential to partake in these tournaments to have a better chance of entering future tournaments.

You can also enter Wimbledon via qualifying rounds at Roehampton the week before Wimbledon starts. There are sixteen spots in men’s singles and twelve spots in women’s singles.

How to Prepare For Wimbledon

Tennis is a sport of versatility–it’s dynamic because no play will ever be the same as the next. To be the best at tennis, you need to adapt quickly and be agile, yet explosive. Thus, your preparation for Wimbledon should be about adjusting to variability, both in a game IQ sense and a physical one.

If you're serious about preparing for Wimbledon, you’re likely not spending as much time on the true basics; that’s not to say you should never practice ball dribbling, but your time is likely better spent elsewhere.

Let’s take this one step further and say that tennis practice and tennis training are two separate things. For instance, if you’re working on volleys, lobs, or your groundstroke, we can file that under practice. On the other hand, training is what you do to facilitate better practice; it’s what you do off the court and in the gym to build endurance, speed, and explosiveness.

In general, you’ see tennis players focusing on building strength, power, speed, and agility in the gym, which can be done in several ways:

There is a time and place to do all of it, but that will depend on what your coach decides you need to improve the most. 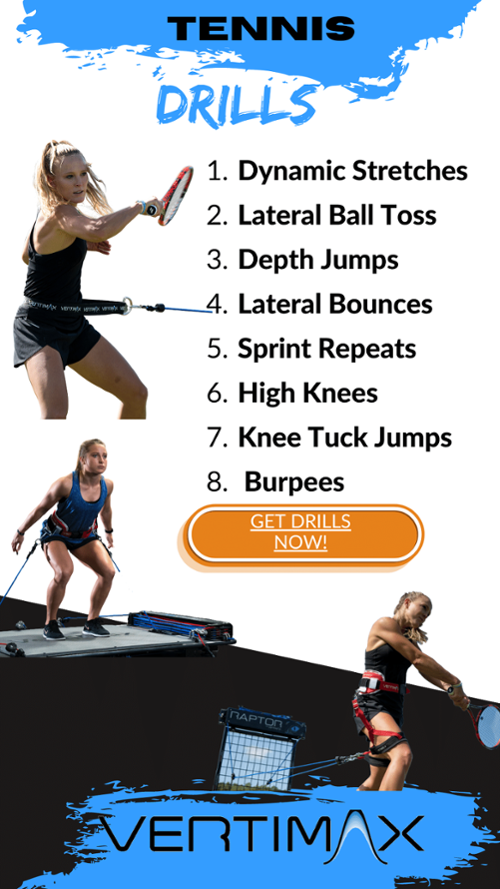 There are many neat training tools on the market for tennis players. Some will focus on grip strength or grip technique (e.g., Eastern grip versus Western grip), while others might help you find and focus on the sweet spot on your groundstrokes. These types of tools help you with practice, but not with training. Tools generally can not work on more than one aspect and the many techniques you need to improve.

Remember how we said that practice is done on the court, and training is done in the gym? Well, with the VertiMax, you have the option to work on both at the same time. See how VertiMax patented resistance technology works to improve your performance on the court.

Agility is multifactorial, and we often associate it with being fast. And that’s true, but agility is more than speed. It’s the combination of balance, coordination, reflexiveness, endurance, and speed.

Check out this mirror agility drill enhanced by the VertiMax, whereby the tennis player is trying to mirror the coach's change of direction.


By using VertiMax, we enhance the training effect through consistant, non-varying elastic resistance while still addressing all the components of agility.

What is non-varying elastic resistance?

Have you ever used traditional bands before? They have progressive resistance, sometimes referred to as linear resistance; as the band elongates, the tension increases, and this continues as you stretch the band. It’s slightly more complicated than this and not 100% linear tension, but we digress.

Imagine doing a reactive mirror drill with a fully-loaded resistance band. You would probably shoot across the room once you max out the tension.

VertiMax solves that issue by utilizing really long elastic bands on retractable pulley systems so you're stretching a long band a little instead of a short band a lot.

Once you set the resistance on VertiMax it allows the tennis player to basically feel the same load from the beginning to end. So you don’t have to hit the brakes at all; you can simply continue training with a constant-tension resistance profile.

Strength is not just about lifting heavy weights; it’s about maximizing force potential with control. You’ll often hear coaches say that you can’t shoot a cannon from a canoe, lending credit to the idea that strength requires stability.

Look at the high amount of sustained tension this tennis player puts on himself while practicing his groundstroke. It’s not sloppy–it’s controlled and powerful. It’s strong.


Agility helps you get to a position quickly. Strength enables you to control that end position to create force.

Your vertical jump tells you a lot about your power output (i.e., your ability to generate high amounts of force quickly). That’s why the vertical jump is universally used in gyms and performance facilities around the world to determine an athlete’s power potential.

Going fast is awesome, but stopping acceleration is just as important. If you’ve ever seen The Mighty Ducks 2, you know what we’re talking about.

Deceleration is a part of being agile, strong, and powerful.

Notice how the tennis player is loaded with the VertiMax as she goes through her serve? The goal is to explode through the serve but immediately pump the brakes. Why? Because decelerating allows her to change direction or decide what to do next rather than momentum forcing her forward.

Speed is king, but stopping speed is just as important.

Maria Sharapova is now retired, but here’s her practicing reactive mirror drills with her coach in 2019.

Yuri Bettoni isn’t playing these days, but his use of the VertiMax is killer. Check out that speed!


Level Up Your Tennis Game With VertiMax

There’s a reason why the USTA has chosen VertiMax as their primary training tool for their athletes and pro players. It’s easily one of the most versatile tools on the market for improving your game.


Don’t leave results on the table. Give VertiMax a shot today.

Check out some of these articles we have from previous blogs.

VertiMax Tennis Drills and Exercises to Improve Your Game

How To Improve Tennis Game With VertiMax Training