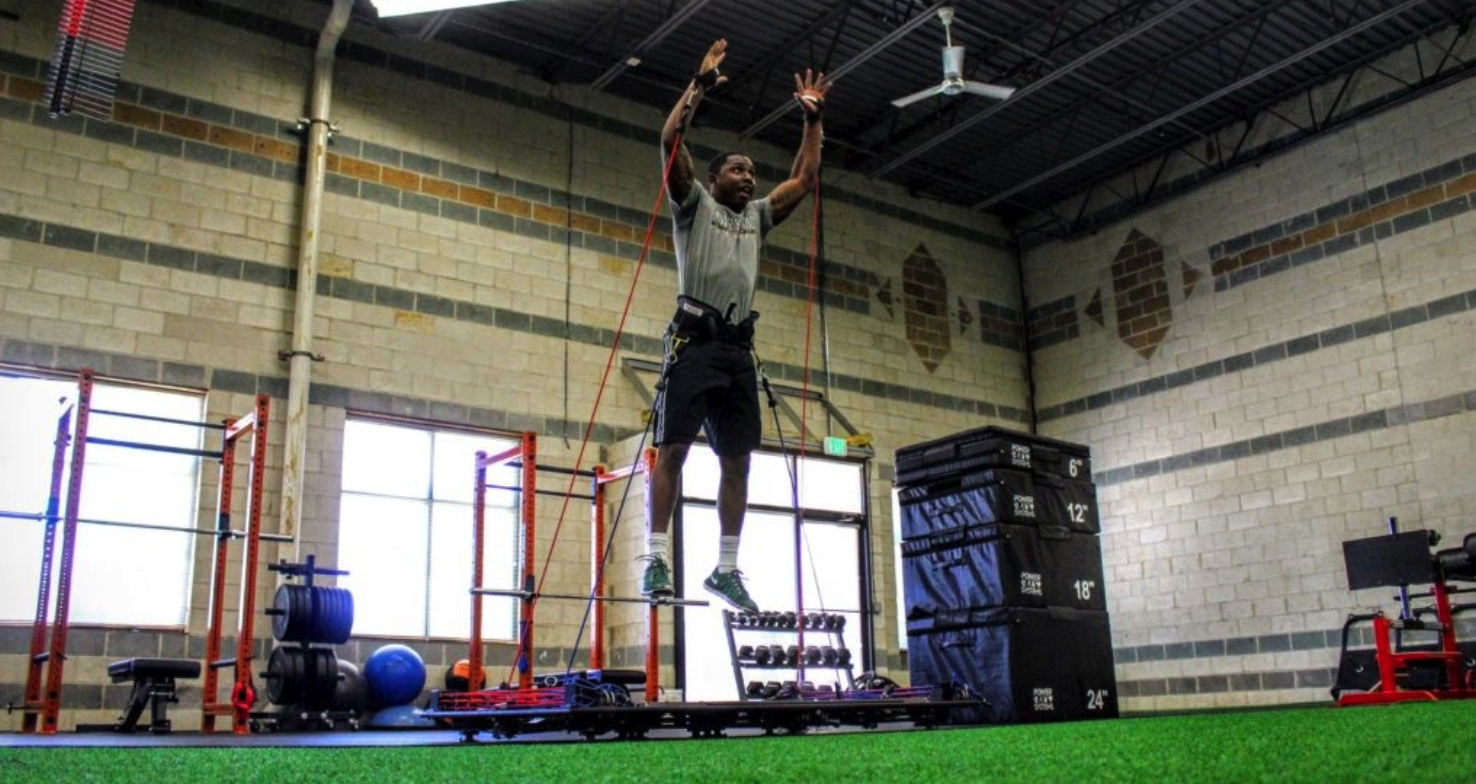 Shooting: It’s the obvious way your players are going to win a game. However, when accuracy is lacking and shots are being missed, it won’t matter how many times your team can gather up the ball. You don’t get points for trying; the ball needs to be going in the net. Aside from improving the physical ability of your players, you must make sure they are improving their accuracy and ability to take a shot that goes in and doesn’t bounce off the rim. This is how your team is going to win the game.

Here are seven basketball shooting drills and training that you can use to improve shooting accuracy while still presenting an appropriate physical challenge to players to increase their power, speed, and agility.

Just like the traditional basketball shooting game you played as a kid, "Around the Cones" is a drill that will take you around various points on the court. This is a great way to make your strong throws stronger and bring your weak points up to speed.

How to Perform: Place a variety of cones all over the basketball court. Don’t focus on the free throw line; mix it up. Make sure the cones are clearly marked and have your players visit each cone, practicing their shots. Require each player to visit each station at least five times in an around the world fashion.

It’s important to incorporate both skill and movement when practicing shots. Obviously, a player won’t be able to calmly sit in one spot to make their shot; rather, the majority of shots are done while in motion. With that in mind, this drill is going to focus on improving power and speed as well as accuracy.

How to Perform: Have players line up at the free throw line. The first player in line should sprint down the court with the ball. Once at the net, the player must perform a lay-up. The one-foot lay-up is encouraged, but players without must experience should be allowed to perform a two-foot lay-up. Have the player collect the ball then sprint back to the line where they pass the ball off to the next person. Each player in line should perform this drill five times.

It feels great to take your time to line up a shot, but the reality is that during the game, that’s a rare luxury. You need to be able to think fast and shoot instinctively, especially when the opponent is right in front of you. This drill focuses on fast-paced shooting with consequences if shots are missed.

How to Perform: Using a full court, divide the team in half. Using a cone as a marker, locate the same spot on both sides of the court. Line up your players at the cone. Once you blow the whistle, players must shoot. Do not allow time for shots to be lined up; rather, players should be getting the ball and immediately taking the shot. If the player makes it, have them line up on the side court. If the player misses, they run to the back of the line and shoot again until they make it. Once all of the players are lined up on the side of the court, change the position of the cone and start again.

Just like the childhood game, players will receive a command from the coach and they will be expected to perform that action. It’s essential to make sure that all of your players know the terminology for the commands before performing this drill.

How to Perform: Have players line-up at the three-point line. If you have a coaching assistant, place him or her in charge of half of the team and have them use the opposing side of the court. When the whistle is blown, the coach should throw the ball to the player while shouting out the play to be performed. A few popular examples include: catch and shoot, catch and drive, and catch and lay-up.

If you have advanced-level players or your team has mastered the original Simon Says, then you can take it to the next level. Using cones, players will need to maneuver through a makeshift obstacle course, perform a pass, receive a pass, then immediately perform the command being given. This will help players think on their feet while improving speed, agility, and skill.

How to Perform: Arrange for a straight line of cones (usually three or four are sufficient). Once you say go, players must weave in and out of the cones while dribbling the ball. Once they reach the last cone, the player must pass the ball to the coach, receive the pass back from the coach, and perform the play that is given. If you have a coaching assistant, set up two stations on each end of the court. Once a player finishes at one end of the court, he or she must run to the other station and perform the drill again with a new command.

Competing against one another, teams must make a specified number of baskets from three markers on the court. In order to win the game, one team must make all of the baskets from the markers and seal the deal with a three-point shot. This helps to simulate a real game, but it also incorporates agility, speed, and skill.

How to Perform: Using cones or colored tape, mark three points on the court. Split your players into teams with equal numbers. Again, if you have a coaching assistant, you can use two sides of the court with smaller teams. The teams will compete against one another to complete ten baskets from each of the markers. Once a team collects 30 points – 10 baskets from each of the three points – they must make a three-point shot to win the game. You can adjust the number of baskets and markers based on the experience level of your players

A perfect way to wrap up practice after a series of intense drills, partner pass-and-shoot practice is pretty straight forward with one person passing and the other person shooting. This will act as a great cool down while allowing the players to focus on improving their shot accuracy.

How to Perform: Have your players partner up, designating one person to “A” and the other to be “B.” The “A” people should pass the ball to the “B” people. From here, “B” should take their shot at the net. You can also use this drill to have partners practice proper passing drills if there aren’t enough nets or if you’re lacking shooting space. Have the “A” people complete 10 to 20 passes and the “B” people complete 10 to 20 shots, then switch roles.