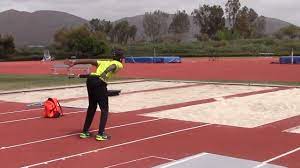 Will Claye Is Bound For Gold In The Olympic Triple Jump

Olympian Will Claye is a favorite to win Gold in the Olympic Triple Jump. Will has trained on VertiMax for years to increase his jump and running technique.

Will Claye already has two Olympic silver medals in the triple jump—not to mention a bronze in the long jump—as he enters the Tokyo Games as the favorite to win gold in the triple. He owns the world's longest triple jump since the start of 2019, including a mark of 18.14 meters (roughly 59 feet, 6 inches) on June 29, 2019 that ranks as the third best triple jump of all time.

Training for the Olympics

Claye stated "This training cycle has been weird—very weird. It was a lot of just trying to stay in shape and stay healthy, honestly, when we didn't have any dates. But at the same time, we have had four years of accumulated training up to this point, so there's been a lot of things that we did two, three years ago leading up to the Olympics."

"Getting another year, for me, just allowed me to really get more training in and work on little things like the feet, ankles, core—things that I probably would overlook in a normal season. It was just a thing of staying mentally prepared for whenever the time would come. I feel great. I feel like me. I really can't put a number on [how far I’ll jump]. I feel good. And when I feel good, anything's possible. So I'll just go out there and execute and have fun with it, and we'll see what numbers pop up on the board."

The track and field equipment used in Olympic training is very detailed and focused on their specific goals.Claye has trained on VertiMax equipment for years to prepare for triple jump competitions. His team also uses a machine called Optojump that measures and analyzes the jumps.  Some of the other technology they use include speed gates to track our meters per second  force plates and a speed trap, The speed trap looks like a speed gun that a police officer would use. Also, they use a machine that tracks speed on the runway that one his good friends created.

In addition,  USA Track and Field videos their competitions and practices, breaks down the videos for running speed, takeoff angles,  foot placement, ground strike, and trunk angles. It is all real scientific.

How He Applies Training Data to Improve Run & Jump

Claye discusses how body position plays into improving the running and jumping for his triple jump.. "Whenever you're running, whenever you're jumping, body position as far as where you're striking your feet—if it's under your center of mass, or if it's in front or behind, trunk position—you want your hips and your trunk to be in the right place."

"It's different for different athletes. What's cool is that we can look at stuff and it may be unorthodox [when] looking at a technical model for the masses, but it's something that works for me. We've been able to figure out what works for me and what works for what I want to do."

"What I want to do is something that's never been done. I have to attack it in a way of thinking outside the box because we don't want to just do what the current marks are. We want to go further than that. We have to think of other ways to get those extra centimeters and meters and whatever it is we’re trying to get."

Managing His Many Interests

Claye is known for more that his track success. The 30-year-old Arizona native has started a fashion line, Elevate, and he’s a rapper who has started his own music label (Desert Water Records) and performed in YG’s IDGAF back in 2013, with Claye wearing his Olympic medals in a video that’s been seen more than 71 million times. Red Bull helped release his March 2020 single, “Dreams Don’t Die,” which he wrote and recorded after the postponement of the Olympics. It's a balance. I just want to do everything—I want to do it big. I set the time aside and I schedule. I keep my schedule on point. And there's a lot of days when I don't get to record, there's a lot of days when I don't get to focus on my brand, Elevate. And that's OK. I can pick it back up, whether it's the next day, next week, next month, whenever. And especially with Elevate, I have a good team that helps me.

With music, I have a studio here at home, so I can pop in there whenever I’m feeling inspired and need to get it out real quick, I can do that. I see a lot of athletes, a lot of my friends that are athletes are into playing video games and stuff like that when they come home from practice. Whereas with me, I'm like, ‘I'm going to go in the studio and record music.’ So it's just another outlet for me outside of training, which is definitely healthy. I think too much of anything is not good.

Check out the article Olympian Will Claye: 'What I Want To Do Id Something That's Never Been Done' 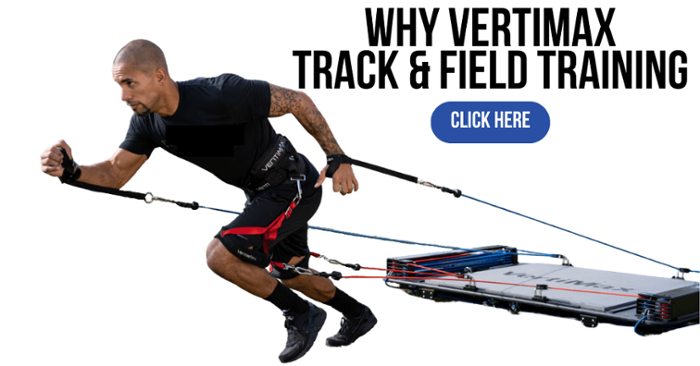