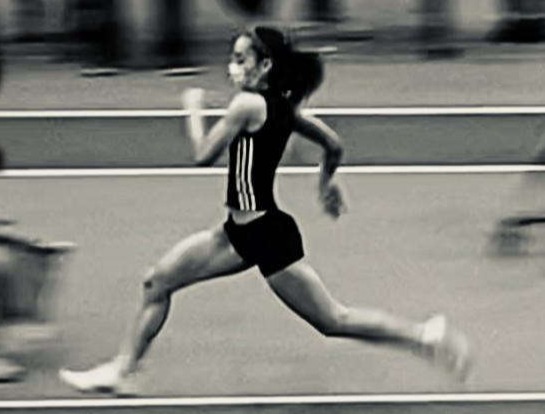 State Champion: Malachai Improved By Leaps And Bounds With VertiMax

Anichka "Ani" Malachi has been training for track and field events with VertiMax equipment during COVID over the last few years. The results? A 2-foot improvement in the long jump over 15 months. A 4-foot improvement from two years ago in the triple jump. Two conference titles. Two state titles.

Like thousands of kids across Connecticut, Ani remained home for online schooling during the COVID lockdown. Few, however, worked harder to improve themselves.

“I drove to Albany and got it,” Anthony said. “Included like seven belts and everything. The guy was closing out a gym. I got lucky.

“It’s not just about the jumping, it’s how she used that time. She basically lived in the basement during COVID,” her dad, Anthony Malachi, said. “She lived on the VertiMax. People come over now and say, ‘Oh, your daughter is the one with the big calves, right?’

"It was really hot during a lot of the time with COVID, so it was easy to work out in the basement,” Ani said. “It also was at home. So even if I wasn’t motivated, I could do it. It was always there.”

Anthony’s interest in a VertiMax, a resisted jumping device, started when Mikey (Ani’s brother) started playing travel basketball and wanted to work on his vertical.

“My philosophy was simple. During that time, kids were going to stay exactly the same, get better or get worse. It was about their head emotionally and what they did. I told mine there are plenty of kids who can out jump you now. You can catch them and pass them.”

The VertiMax went in the basement and every day or every other day there was work on it and lifting weights. Mikey, an eighth-grader, had his basketball, too. Anthony went online, found a YouTube video on how to best utilize it. The kids weren’t too tall yet. So they wouldn’t bang their heads on the basement ceiling.

“I remember I was talking to someone about so many kids getting depressed during COVID,” Anthony said. “That kept Ani focused and not overly depressed. But still, she did as well. I actually got her a therapist. She wanted to speak to someone, but those workouts kept her and her brother busy.”

“Mikey would be doing basketball drills while I was on the VertiMax,” Ani said. “It was a lot of resistance. Things held onto my arms at a certain weight and to my legs. It would make me try harder.”

“The work during COVID really strengthened my legs,” Ani said.

Although basement was home base, she played defense for the New Milford soccer team in the fall and will again as a senior. As COVID restrictions were relaxed, she worked some with Bloomfield jumps coach Mo Calenda. Triple jump — the hop, skip, jump — demands technique that weights and resistance training can’t teach. Ani also competes for the White Plains Future Stars and was part of a sprint relay that took fifth at the Adidas Indoor Nationals in late February.

She hit 17-4 in indoors. And by the time the SWC and Class L championships rolled around, she hit four successive PRs. That leaves her seeded fourth in both events for the State Open on Wednesday.

“I was seeded third for triple in Class L, so I wasn’t expecting to win,” Ani said. “When I did, it felt so good.”

The end of the pandemic brings the reopening of events. There’s a New York showcase the week after next. There’s Florida for the AAU Club Championships. There’s Texas for the Junior Olympic trials. A busy summer. Ani’s intermediate goals are to push close to 19 feet and 37 or 38 in the triple.

“The speed aspect, running forward more than up, and foot placement technique in the triple, there’s room for improvement,” Ani said.

She is just beginning her process of selecting a college. No surprise. Ani’s an honor student. We told you she didn’t waste her time during COVID.

Anthony said her Schaghticoke Middle School coach Theresa McGuinness, who first taught her about running and jumping, loves Ani. She’s going to go over to talk to the younger girls to encourage them.

See how you can train on VertiMax equipment inside and outside! The VertiMax V8 platform and the VertiMax Raptor provide versatility.

State Champion: Malachai Improved By Leaps And Bounds With VertiMax. 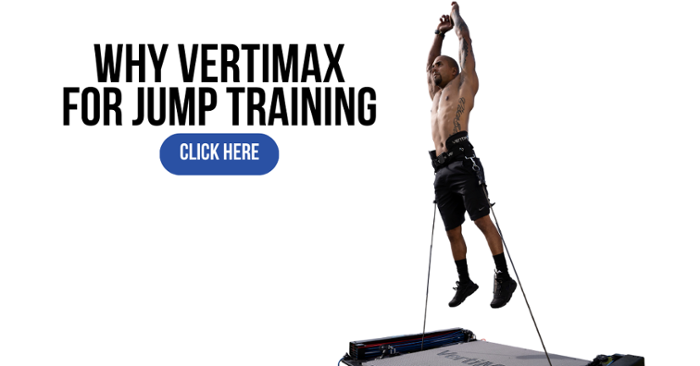