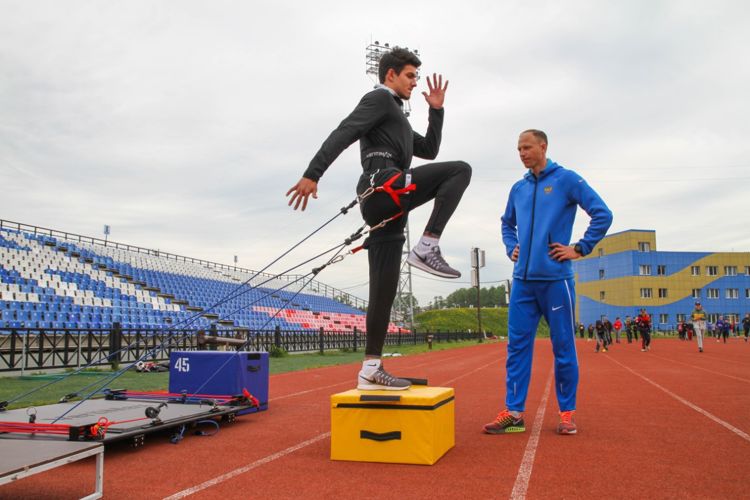 Sakhalin Summer Sports School purchased new VertiMax equipment and will now be able to host all-Russian track and field competitions. They also purchased a radio transmission system which will create a sound signal for the starting pistol and a photo finish. 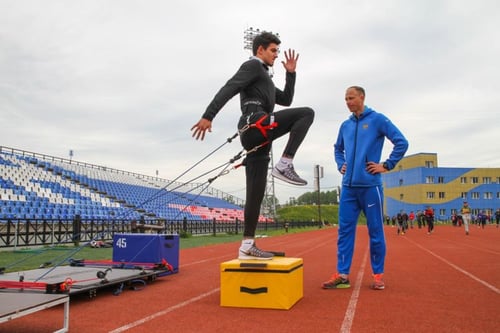 The VertiMax V8 platform is a training platform that allows you to develop speed, strength, and endurance. The patented resistance cables are attached to the athlete's belt and legs, which are stretched through the blocks. The resistance is consistent over longer distances allowing the athlete to move with increased load on the lower limbs. The Sakhalin Region became the first region in the Far East to purchase such equipment for a government agency. Previously, they were purchased only by private fitness clubs. Check out how VertiMax equipment  helps track and field athletes to improve speed, drive and recovery.

"About a year ago while training in Kislovodsk, a sports base equipped for the Russian national team, we first encountered the VertiMax platform. Vertimax is a great advantage. Athletes can work on their technique, and it is easier for the coach to see mistakes and correct them," said Roman Trubetskoy, coach of the sports school.

The radio transmission system is used to signal a starting pistol and have a photo finish.  Previously,  stopwatches were used and did not provide an accurate result.  Now the exact result of the race down to a thousandth of a second will be determined. When the trigger on the pistol is pressed, the signal is transmitted to the camera and the timing starts automatically and automatically stops when the athlete crosses the finish line.

“This allows us to get away from wires, carpets and overhead lines. Also, now the judges do not have to work with a stopwatch,as it provided subjective results. Someone would press the button a little earlier, someone else would press it later, depending on their reaction. Now this will not happen," - said the President of the regional athletics federation Anton Vorotylyak.