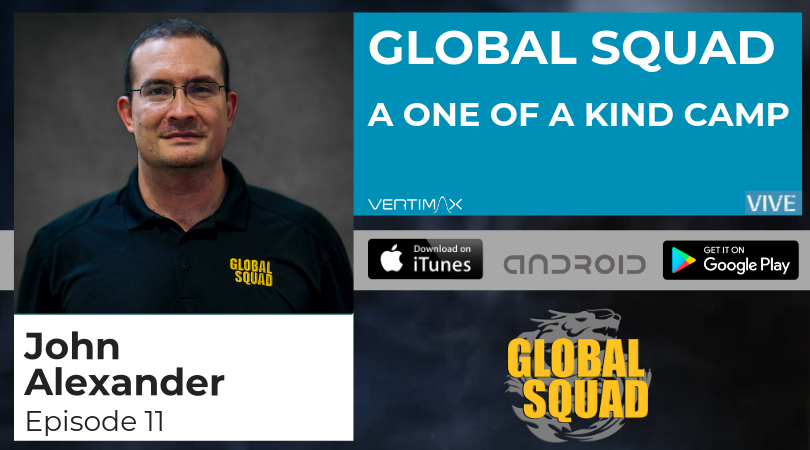 John Alexander started the Alexander Basketball Academy, and it is the home of the Global Squad training facility in Mount Airy.

In the facility, hometown and college basketball team of players trained at Alexander Basketball Academy or Global Squad were both founded by John Alexander.

Many of the college players listed hailed from different countries, like Japan and Denmark. Alexander used to focus on training players from overseas who ventured to America in search of a basketball future. He'd spend the bulk of each year outside of the United States running camps and recruiting players for summer tournaments.

The newly built Mount Airy facility opened on Jan. 3. Before that, Alexander trained players at a barn that belonged to someone he knew.

Alexander's facility has a weightlifting area, a shooting machine and a VertiMax training platform.

"[VertiMax] is, in my opinion, the best tool to help with a variety of athletic movements, vertical jump, lateral movement," Alexander said of the VertiMax. "You can combine multiple planes of movement into one workout, so it's a very good tool to use."

How many players are being trained by Alexander Basketball Academy and Global Squad?

"It certainly fluctuates, so it's tough to nail that down," Alexander said. "If you include the kids who are playing in college, the kids who are in high school, it's a lot. It's probably several thousand."

For the article on Dec. 9, 2021, Alexander had the West Frederick players perform baseline-to-baseline dribbling drills designed to help them shake defenders.

"I want a little more explosiveness on the pocket dribble and the escape dribble!" yelled Alexander, who also reminded West Frederick players not to let up a bit before reaching the baseline.

And naturally, or unnaturally, in this case, players had to perform drills with each hand.

"It's harder for me with my left hand," said 6-foot-1 eighth-grader Isaiah Bass, who's used to relying on his dominant right hand.

"This is our second week," he said. "Usually in practice we're working on our strategies, our plays and all that kind of stuff. But when they come up here to the academy, they get a chance to work on individual skills and they also get an opportunity to build their teamwork and camaraderie between the team, so it's a really good opportunity for them."

Asked afterward about his training at the academy, West Frederick power forward Jayden Bowens said, "It teaches me how to dribble better and finish same foot, same hand."

As for his long-term basketball goals, Bowens said, "Make it to the NBA."

Only a handful of players from this area have ever reached that level. One of the few was John Alexander's younger brother, Joe Alexander, who played in the NBA for the Milwaukee Bucks and Chicago Bulls after starring at Linganore High School and West Virginia University.

In the meantime, countless local players strive to climb the scholastic basketball ladder.

Asked about training at the academy, Fletcher said, "I like to be able to just work with my teammates with some extra things we don't get to do in practice. I really like the guy, he's really supportive. He's always very positive."

Alexander hopes he and his fellow trainers can provide players with skills that will ultimately help strengthen local high school programs.

"It was a necessity to build this place, but one of the things I was very excited about was the fact that if we can build basketball from the ground up like it used to be, I'd love to be a part of that, so I think this is one step in that direction."

John Alexander is the Head of Global Squad Basketball Camp, a camp that has been conducted every July since 2011. John started the Global Squad based on his experience living overseas. What he started in 2011 with 11 players training anywhere they could, has today grown to 55 and 75 players at two different camps. The experience for athletes with the strength and conditioning training helps to prepare them for collegiate and professional sports.