Patrick Baldwin Jr was able to use VertiMax during the pandemic to focus his jump training to increase his vertical and dominant the basketball court.  Before the pandemic, Baldwin was unable to perform an Eastbay dunk, but now he is easily performing Eastbay dunks.

Baldwin was admittedly “nowhere close” to being able to pull off an Eastbay dunk, which entails a player being able to put the ball between his legs mid-air before throwing it down. After a grueling VertiMax Training program all summer, Baldwin is throwing down Eastbays “with ease.”  VertiMax basketball training provides significant gains in an. athletes jumping ability, speed, quickness and explosiveness. 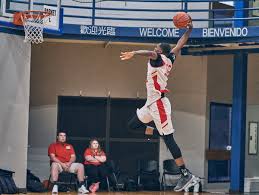 From improvement in his ball handling to his jump shot to his strength, Baldwin fine-tuned every aspect of his game to the point where he now refers to this past summer as his “most productive ever.”  “I knew that because of the situation we were all in with the pandemic that I would have to work harder than ever to grow my game,” Baldwin said. “I was, seriously, anxious about it. Then the hard work just because habitual and it kept growing from there.”

“More than anything, I just felt like every aspect of the game was coming easier to me,” Baldwin said. “I could see the improvements in games; that’s the most exciting part for me.”

The 6-foot-9 wing was in the midst of leading Hamilton (Sussex, Wis.) on a spirited run into the state playoffs when the pandemic shutdown sports on all levels.

“I understood why, and, like everyone else, I wanted everyone to be safe,” Baldwin said. “But it was hard because we wanted our shot. Luckily, for me, I was able to use my friend’s private gym pretty early so I got right to work.” 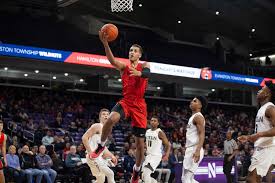 Eventually, Baldwin was able to compete, and, though the pandemic eliminated the typical social media marketing of highlight clips, retweets and likes, Baldwin had a quietly dominant summer with Phenom University (Wis.), averaging 20 points over 24 games and leading Phenom to a 22-2 record.

His average is even more impressive when you consider that most of their games were with 15-minute running clocks, a standard for most tournaments this summer to streamline games.

In May, Baldwin cut his list of colleges to 10 – Duke, Georgetown, Kentucky, Michigan, Northwestern, North Carolina, UCLA, UW-Milwaukee, Virginia and Wisconsin – then put his recruitment “on the backburner” to focus on improving.

“I’m still talking to the majority of those schools pretty regularly,” Baldwin said. “Just growing those relationships and things like that.”

From their depth charts to who they’re bringing in, Baldwin has been “tediously” keeping track of the schools on his list behind the scenes.

“I’ve been getting to know some of the players and staying up to date with who goes where and who I can potentially be playing with,” Baldwin said. “It’s a tough decision because all of the schools have great scenarios for me. Now that I’m back to focusing on my recruitment, I could see myself cutting my list down and speeding things up a little bit more now.”

For Patrick Baldwin Jr. it was the anxiety.

That gut-wrenching churn in the pit of his stomach that never left was agonizing to say the least, but the irony of what it created still amazes Baldwin.

“What I thought could potentially set me back actually turned out to be the best thing for me basketball-wise,” Baldwin said. “It’s pretty crazy to think.”