VertiMax is  the most effective MMA training equipment on the market for Mixed Martial Arts(MMA), boxing, and other combat art sports.  MMA has become the fastest-growing sport in the world practiced by people from all walks of life. This rise in popularity has brought a tremendous rise in talent into the playing field. This means that to win, you need the best MMA training tools there are.

If you’re a fan of MMA, you know how much work fighters dedicate to each bout, from improving their physical fitness levels to researching their opponent’s style and devising a game plan. To train to win as an MMA fighter requires using the most advanced equipment and training techniques.

MMA fighters and boxers are the most intimidating athletes on earth, and it’s not just because they can kick your a**. These sports demand the highest levels of physical performance and if you slack with your training, you’re going to get hit. The intense training that goes with these sports shows in these athletes impressive physiques, but their bodies aren’t just for show. These athletes have learned to use their bodies as literal weapons. This training also applies to the many specific combat arts including karate, judo, Brazilian Jiu-Jitsu, Muay Thai, wrestling, Taekwondo, Jujutsu, Krav Maga, and Kung Foo. and others. 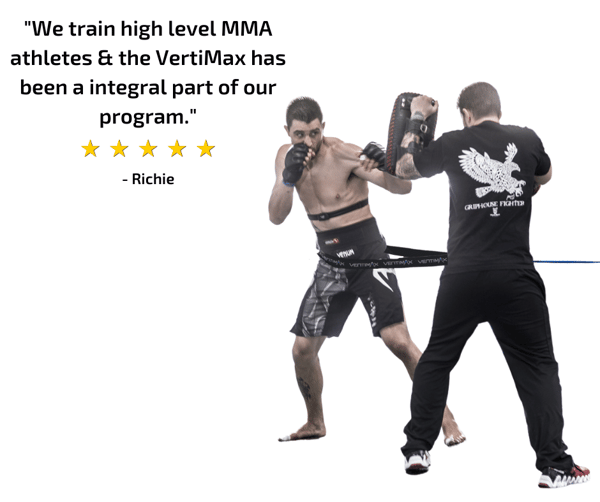 What Makes a Great MMA Fighter

MMA initially started by merely having fighters from different styles go head to head. This naturally highlighted the strengths of individual fighting styles such as explosive power, quickness, strength, speed and versatility of the fighter. It also highlighted their weaknesses. What developed were fighters who took the most significant strengths and techniques from every style of combat arts while getting rid of their drawbacks. This meant that fighters needed to be advanced in every discipline and required an advanced MMA training program to deliver it.

There is no one physical attribute that defines MMA fighters and boxers; they need to have the full package. A typical fight will see athletes involved in interspersed bouts of high-intense action that will last the entire match. These events will usually last between 6-14 seconds, but may last shorter (a simple combo) or longer (an all-out slugfest). This means they need to have the anaerobic capacity to survive through these periods.

Since rounds can have the potential to last 25 minutes, an MMA fighter must also have a developed aerobic system with a high VO2max. Even though fighters may not be actively fighting, they may still be involved in defense work, or actual clench work and grappling. Having a higher developed aerobic system allows them to fight with minimal fatigue AND helps fighters recover faster after their high-intensity action. 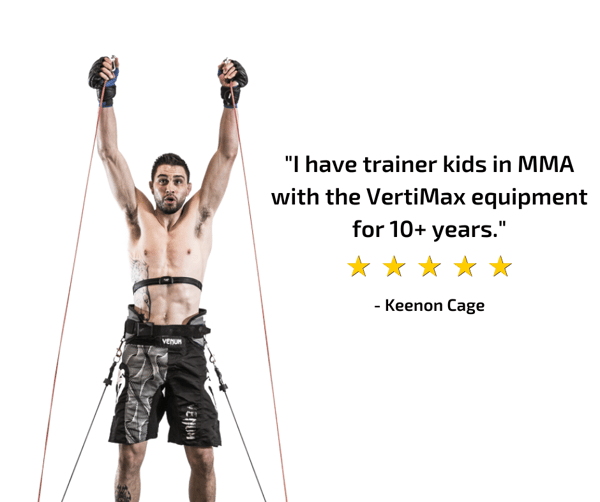 In the past, MMA training has utilized a mixture of traditional strength and conditioning protocols and then hoped that it would translate into improved athletic performance. The barbell can be effective in enhancing strength and power in defined paths for sure, but the needs of MMA fighters and boxers requires the improvement of dynamic movements. The same goes for conditioning. Cycling is a very common tool used by fighters to improve athletic conditioning, the transfer to actual fighting conditions falls somewhat short. While traditional strength and conditioning can still be useful with MMA workouts, it’s impossible to simulate the skills a successful fighter’s needs.

Now VertiMax can provide advanced training to go beyond traditional strength and conditioning.  Fighters can take everything they developed during their VertiMax training and immediately apply it to their performance in competition.  Power, strength, speed, and agility; they are all improved with the specificity a fighter needs because VertiMax allows fighters to use the exact same biomechanics with resistance in their training.

This is why VertiMax is quickly becoming one of the most sought-after pieces of MMA and Boxing equipment.  The benefits of VertiMax have even been discussed on Joe Rogan Podcast by Stipe Micoic, a two-time and current Ultimate Fighting Champion (UFC) Heavyweight Champion. Stipe Miocic, an American professional mixed martial artist and firefighter-paramedic uses VertiMax platforms to train for his fights.  Miocic's strengths are his combination of high level boxing ability and elite level wrestling.

You can check out Stipe's full training video here. 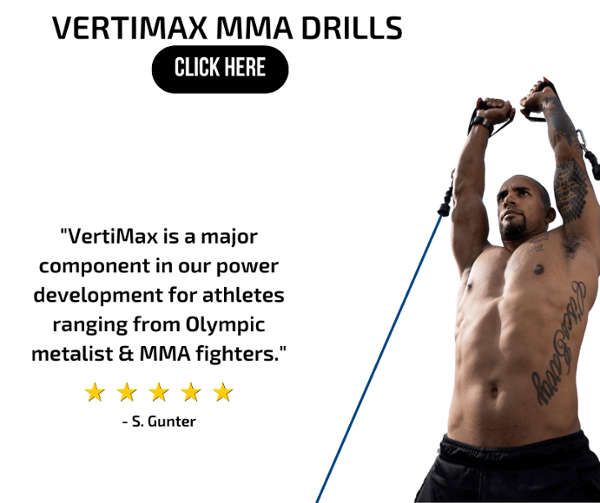 Why VertiMax Is The Most Versatile MMA Training Tool

Combat training demands a lot and VertiMax delivers from every angle, which makes it perfect for fighters.

Bring your striking and punching skills to another level using VertiMax MMA drills. VertiMax can be used to improve every aspect of your striking game.  You definitely want to be on the giving side and not the receiving side of a punch!

Previous methods have been used in the past to try and create a stronger, more explosive punch. However, they all fall short due to not training the muscles with the same biomechanics and dynamic function. One of the most effective methods to increase punching power is resistance training as you see in this research study Effects of training against elastic resistance on jab punch performance in elite junior athletes.  This is exactly what VertiMax delivers; it just does it better.

VertiMax took these flaws and fixed them by allowing CONSTANT tension to be applied to 100% Natural movement. Plus, fighters can attach straps to upper and lower body to increase force production with the same motion you train and fight.

VertiMax can attach to hands for speed or above the elbow to increase torso pivot. Fighters can even add resistance to the legs to improve force development in the lower body, which is vital as legs can attribute up to 38% of punching power!  This is something that can only be done with VertiMax!

Fighters are able to use VertiMax with bags, pads, and sparring! Or they can just concentrate on form and movement…it really doesn’t matter how you train because VertiMax is versatile enough for anything.

How to Build Explosive Power and Agility With VertiMax

Don’t forget about building general explosive power and agility. Fighters need that too; and with VertiMax, it’s easy!

VertiMax is the most advanced training tool to improve functional power and agility for athletic performance. In fact, that was the intent behind it’s design. MMA resistance training has been used by itself or in conjunction with plyometrics for years to improve muscles’ neuromuscular efficiency. VertiMax takes this tested method and improves upon it with it’s patented design that delivers constant tension throughout movements.

Build explosive power through movements such as squat jumps and jumping lunges like UFC fighter Jessica Eye here (she also throws in some of her knees and elbows!). Or, work on agility and footwork like former World Champion boxer Roy Jones Jr!