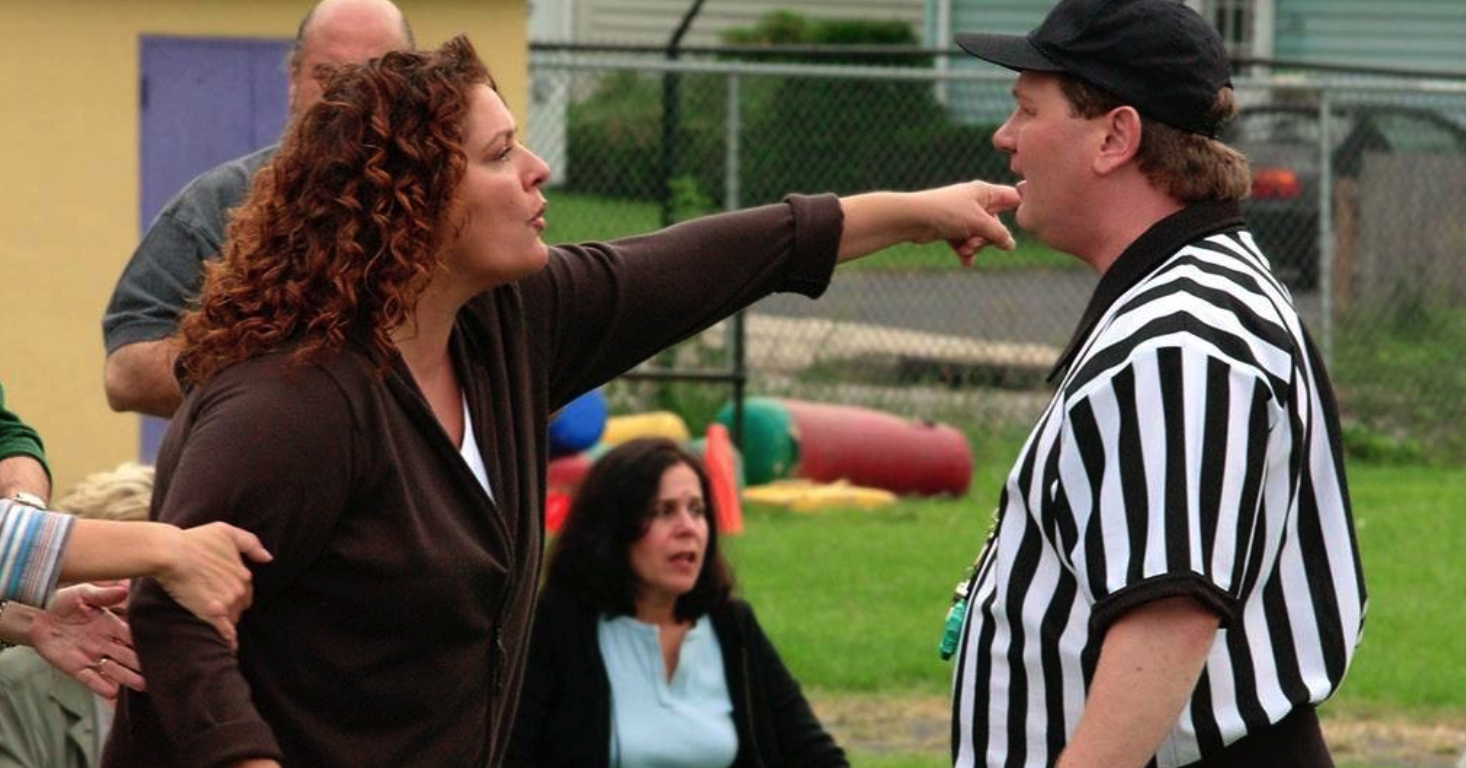 Your Role as a Parent in Sports

The drama, the action, the suspense - I'm not talking about The Sopranos - I'm talking about youth sports. The Sopranos scene above isn't far off from what I've recently seen in the news about parents fighting during youth sporting events. When you're around youth sports long enough you unfortunately will witness parents yelling at their kids during a game, or verbally attacking an official, and even see some parents interfere with coaching. You would think you were on some late night drama! And I get it, I understand parents want the best for their kids, they want them protected, and they want them to win, but is the parent really helping while acting with this behavior?

As a parent in sports your role before the game, during the game and after the game ultimately is to provide a positive experience for your child. Here is a list that goes into more details so that you can positively impact your child's life on and off the field.

Trust the Coach - this can be tough and even more so if the parent is a former athlete, but the parent needs to trust that another adult will be guiding the child's sport experience. This requires you the parent stepping back and letting the coach, coach. This includes no yelling from the stands and undermining the coach.

Remain Calm - another tough one especially if you have no self-control. Avoid yelling at officials. Youth athletes find this frustrating and embarrassing when parents yell. Your reaction to mistakes can create unwanted stress. If you have a tough time doing this then you may want to step away from the game because honestly - no one wants to hear you.

Be Supportive - provide encouragement, support, and empathy. Leave the coaching and instructions to the coach. On game day you can't be involved like a coach (unless you are one) After the game acknowledge the little successes. Your child is going to get better naturally as they play and talk about those improvements. If only focus on the outcome of the game you're doing it wrong.

Don't Focus Only on the Sport - if your conversations are completely and only about the sport then your child understands how important it is to you and creates unwanted pressure. They are your child you know so talk to them about other things going on in their lives.

Challenge Your Child - push them to follow through on their commitments but don't push them to win. Let your child know they committed to the sport and it's up to them to work hard and that there are no short cuts to being successful.

Reinforce Your child to be a Good Sport - shake hands after games no matter the outcome, remain professional and mature at all times and never belittle another player or team.

Focus on Creating a Love for Sports - It's tough to get caught up in competition and winning, but try focus on creating a love or at least an awareness for the love of the game and sport itself. The fact that your child is showing that he wants to live a healthy active lifestyle goes a long way for long term development as an adult and athlete.

Love your Child Unconditionally - I hate having to mention this, but it's true and I'm sure some parents don't think before they speak, but your child is not their performance during the game. They will make mistakes and almost all of them will never get a scholarship or make the pros so love them no matter what.

Failure Teaches - teach your kids how to fail because it happens to everyone. Let them use their failures as a positive way to motivate and improve. Failure isn't the end, it's only the beginning and one of life's greatest lessons.

Look, there are many more roles and responsibilities of a parent in sports. If anything, just be a good human and your child will follow suit. You're one of their biggest fans and role models so guide them through one of their greatest experiences as a youth. Your child will appreciate you showing up and supporting them during their practice and games as long as you remain a spectator.

What did I miss? Did you love or hate my article? Feel free to blast away in the comments. Any experiences you want to share? I would love to hear from you.