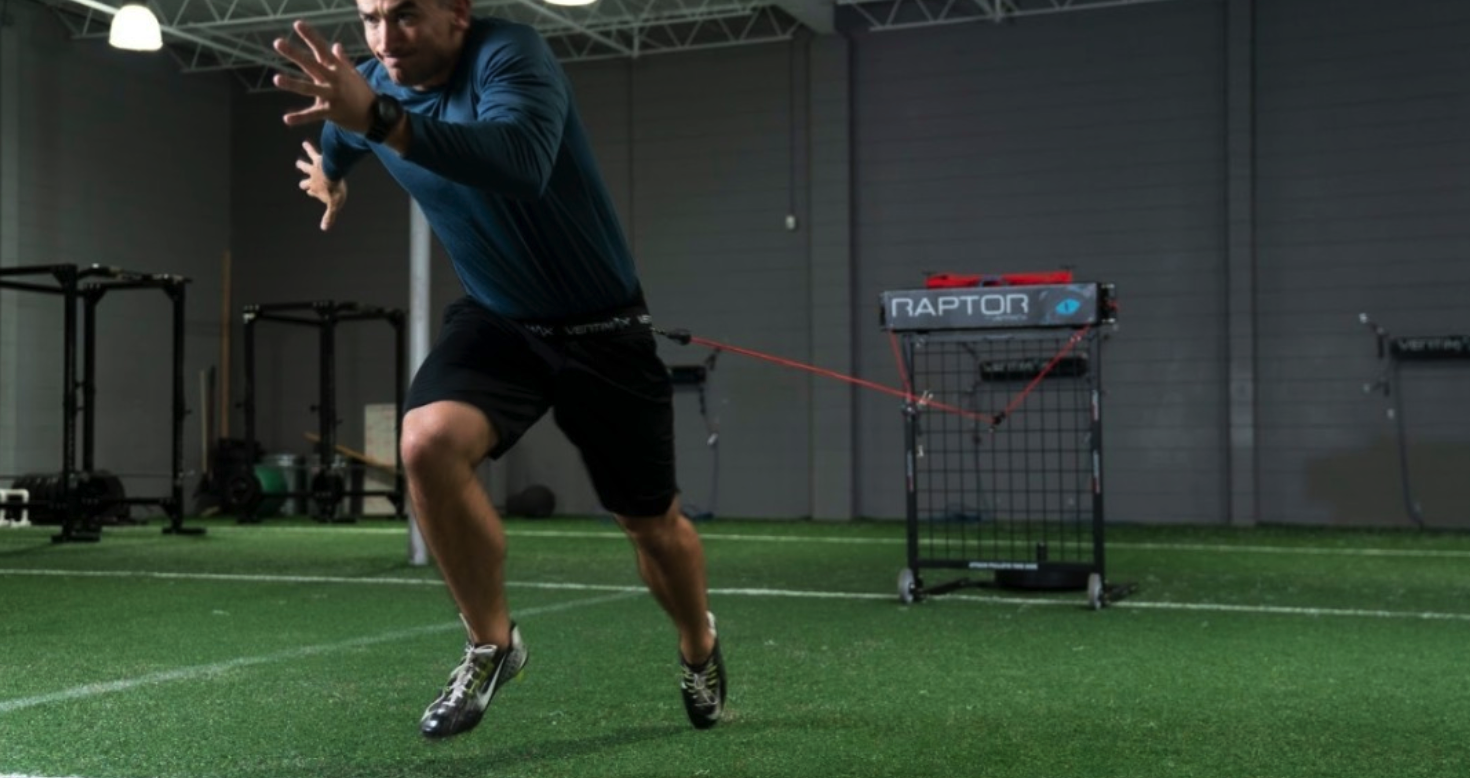 Who Can Use VertiMax Speed Training Equipment?

Acceleration mechanics is an essential element of ground based sports success. Over the years, speed training has evolved as coaches have been able to break down the essential elements of speed. This training involves specific strength based development and explosive power or plyometric training. Monitoring strength & speed progression has allowed for optimal improvement.

VertiMax equipment has changed speed performance training with the way athletes and coaches incorporate resistance bands into their programming. VertiMax changes the way elastic bands work by completely eliminating the potential for radical increases in resistance felt any time you stretch a conventional elastic band. This allows resistance to remain consistent as the bands are stretched up to 45 yards. Athletes can now complete more consecutive uninterrupted reps in any given mobility drill!

Who Can Use VertiMax Equipment for Speed Training?

Sports performance coaches at training facilities tend to work in groups of 4-8 athletes. With this being the case, they have a greater opportunity to focus in on the details of speed development. If you are trying to increase high velocity performance you need to engage in a light load, high velocity training regimen. Simply put, the ability to generate more force at higher velocities will directly lead to increased speed.

VertiMax resistance allows athletes to achieve the highest resisted training velocities possible during training. The faster you can train with a load, the greater your high-speed strength gains or power outputs will be.

~ Yo Murphy, Co-owner of The Compound and performance coach.

The dual band Raptor includes two bands that extend up to 25 yards. A four Raptor setup will allow coaches to train their entire group simultaneously.

In addition to VertiMax equipment having an immediate impact on speed development work with athletes, Raptor Fit VertiMax training can also be implemented functionally with the general fitness population.

"There is nothing to me more important than strength coaches. It's by far the most important person at our schools." Danny Haney - Vice President of Athletics, Windermere Preparatory School

Strength training combined with other performance elements like speed development, is important when structuring a well rounded foundation to build a training regimen.

Being strong a high-performance athlete isn’t enough. Contrast that to when you mix speed with strength: That combination of putting strength into motion makes it relevant for athletic performance. A comprehensive, well-organized, properly administered and year-round strength training period results in the proper approach to limit wear on the body.

Sport coaches tend to have most of their knowledge in the X's and O's. But, as the playing field continues to get more competitive, coaches are dialing in on the details of how to get a leg up on their competition.

A team's physical build will only get so them far. Teams must be able to move faster than the athletes they're competing against. Sports programs are focusing now more than ever on how to become more explosive laterally and vertically.

Coaches understand that training needs to transition to their sport in order for athletes to perform well in competition. Speed training needs to focus on power and agility. VertiMax helps coaches target the core pillars of training in one piece of equipment.

~ Chris Gorres, Coach & Host of Train With The Best Podcast

Developing speed that separates you from the competition is important whether you're a high school basketball team or a professional football player.

VertiMax's approach to speed training is a great way to mix up the “practice” that most athletes are familiar with.

Parents training their athletes and adding a speed development element is a great way to create an environment where they don’t feel like they are always practicing and playing their sport, but they know they are still working toward improving their skills.

Athletes are now beginning their journey of building agility, speed, strength and overall athleticism at a young age. This has created a need for more efficient coaching and training from our industry leaders.

Unlike other speed training equipment on the market, VertiMax is built to allow athletes to apply a load while changing direction. Most ground-based sports involve acceleration and deceleration on the horizontal plane.

This allows coaches to bring their equipment onto the playing surface. Whether you're a basketball skills training wanting to work in the paint or a running backs coach wanting to work on the goal line, the equipment allows you work in your element.