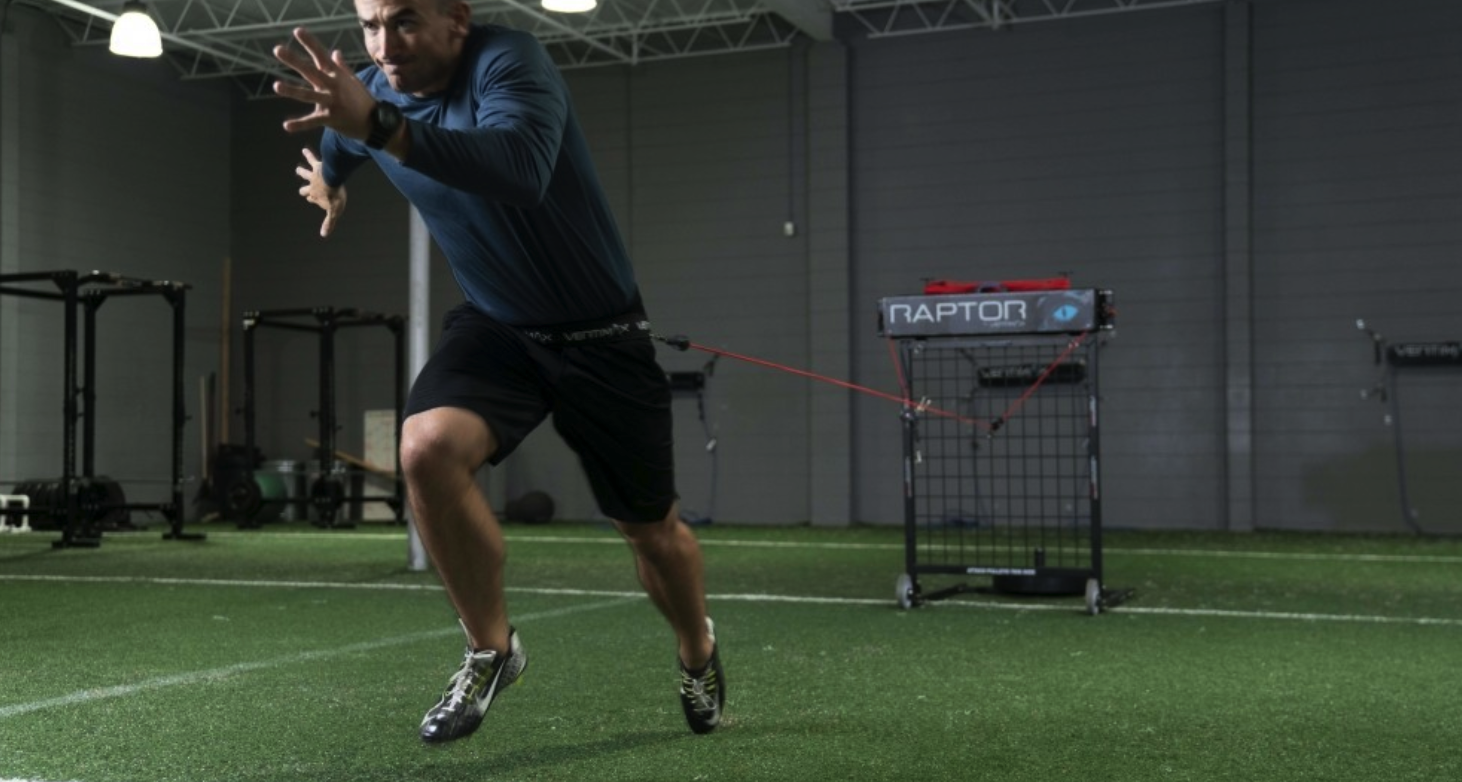 Why VertiMax Raptor Is A Top Sports Performance Training Tool

VertiMax has changed sports performance training with the way athletes use resistance bands. The VertiMax patented technology works by allowing resistance to remain consistent as the bands are stretched up to 45 yards.

This means athletes can complete more consecutive uninterrupted reps for any given mobility drill. One of the significant challenges of sports performance training with traditional bands is that the resistance dramatically increases as the bands are stretched. Think about it or try it. Grab a regular band and the more you stretch it the greater the resistance increases. An athlete loaded with a traditional band will only be able to train so far until their form breaks down. When form breaks down the athlete is wasting energy, prone to injury, and developing bad habits that can diminish athletic performance. 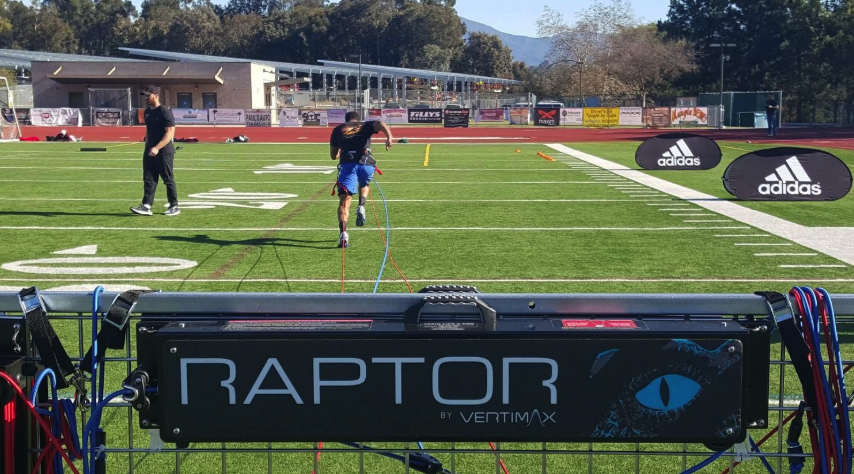 The resistance does not radically increase as the band is stretched allowing coaches to load athletes at high speeds in any drill. Athletes can train with a load at high speed and it won't hinder their form.

The dual band Raptor trains up to 25 yards (with each band) and the Raptor EX (single band) trains up to 45 yards.

The Raptor band technology also provides assistance training which is great for over speed training and deceleration training. Assistance training increases an athlete's maximum running speed, making their muscles and brain work faster than they are used to, leading to a faster moving and more capable body. As an athlete runs toward the Raptor the assistance will gently assist the athlete back towards the device. Unlike a typical band where you may get a slingshot effect. The Raptor technology assists the athlete with a smooth, gentle pull.

There are 4 different training levels with the VertiMax Raptor and each level has its own adjustable training resistance. Level 1 ranges from 2-4 pounds, Level 2 ranges 4-8 pounds, Level 3 ranges 8-16 pounds, and level 4 ranges from 12-24 pounds of resistance. This is resistance pounds per band. If you were to use the dual band Raptor and hook an athlete up to both bands you would double the amount of the resistance level. This is why the blue band (5/16” diameter band) is the most popular. A youth athlete can be loaded with one band (8-16 pounds of resistance) and higher level athletes can be loaded up to both bands (16-32 pounds of resistance). Keep in mind the athlete needs to be able to train with proper form so higher resistance isn’t always necessary. 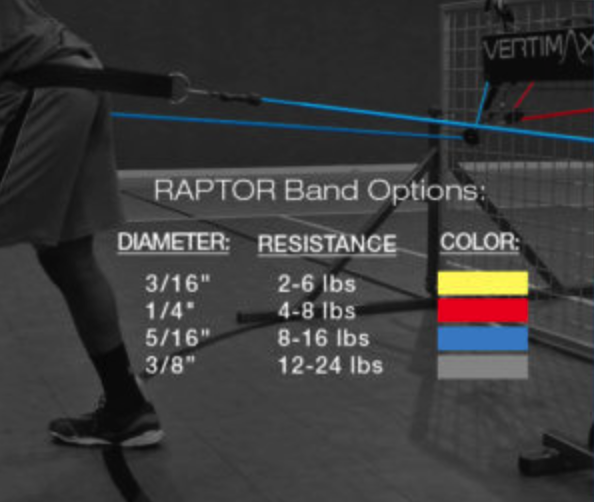 One of the most popular accessories of the VertiMax Raptor is the 360 belt that’s included. The athlete simply steps into the belt (large loop), pulls it up on their waist and can begin training. It’s very easy to get in and out of, especially if you’re training multiple athletes. Your athletes won’t have to fidget with the belt as the over-sized loop allows for easy transition. The belt also allows the athlete to change direction while loaded with resistance. An athlete can back pedal and turn to a 180 sprint all while connected to the band. Sports involve more than just linear movement and the Raptor allows athletes to train in any direction. 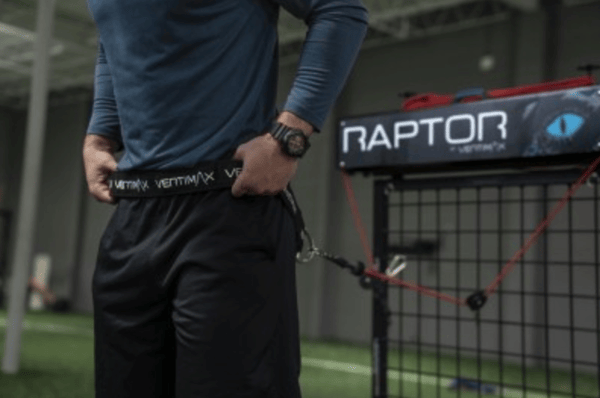 The unit weighs about 17 pounds, 36 inches long, has a carrying handle and is very portable. The cords wrap around the back for a clean and easy look. Perfect for anyone who wants to travel with the unit, take it to the field or move it from different locations in the facility or gym. 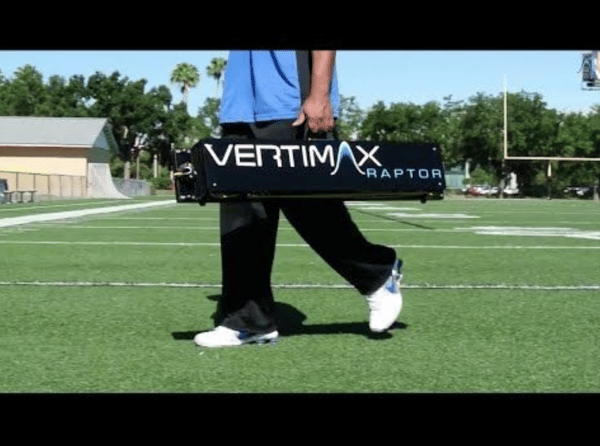 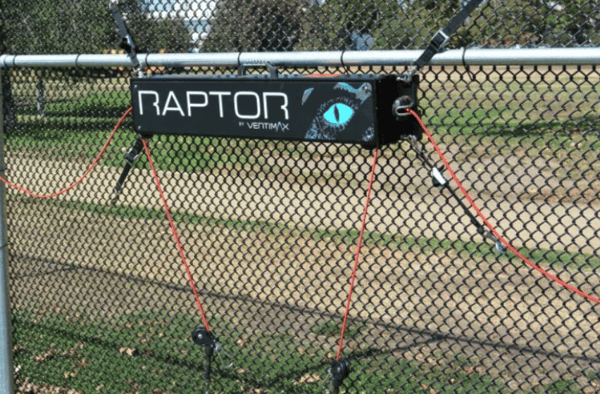 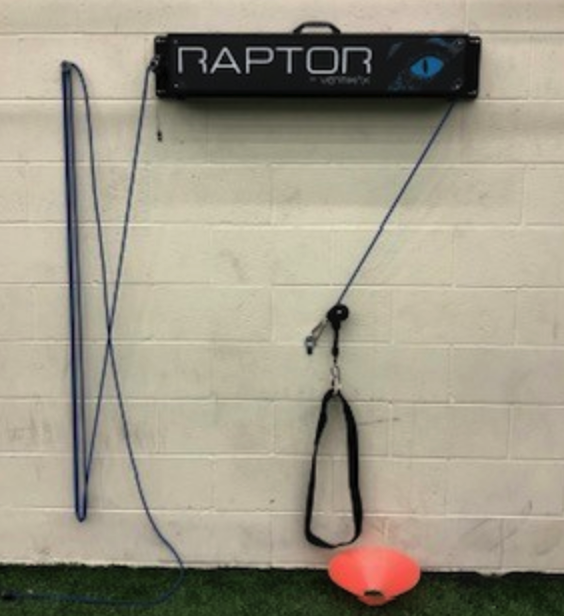 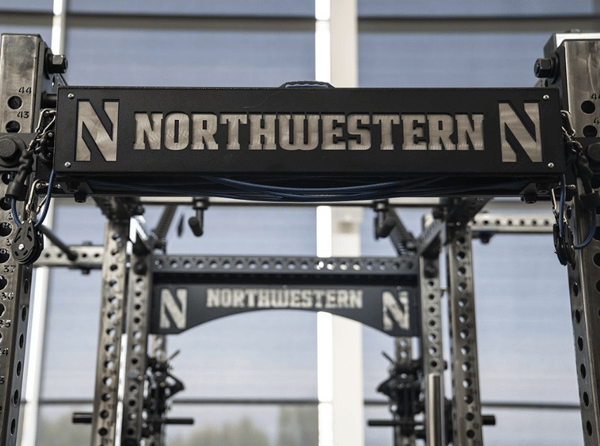 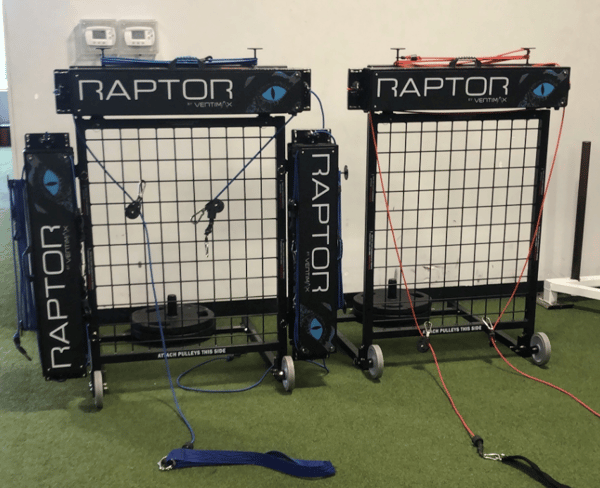 What Ages Can Use the VertiMax Raptor?

Any age athlete can use the VertiMax Raptor as long as they have body control. You never want to load an athlete with any weight or resistance if they can't control their own body weight.

Each unit includes an instructional manual that includes training drills. If you want to take your training further you can download the VertiMax App to your desktop or mobile device or you can take a VertiMax Certification course.

See more about VertiMax Raptor at Get Raptor Fit

This video shows more use of the VertiMax Raptor in action as well as explain some of the why and benefits to athletes. 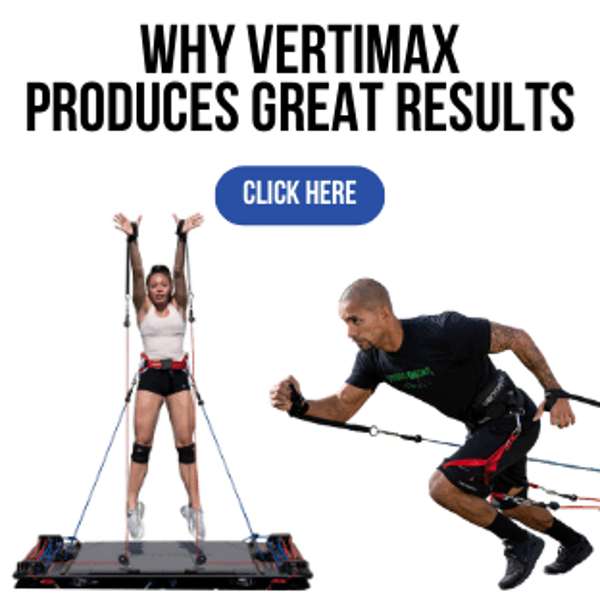