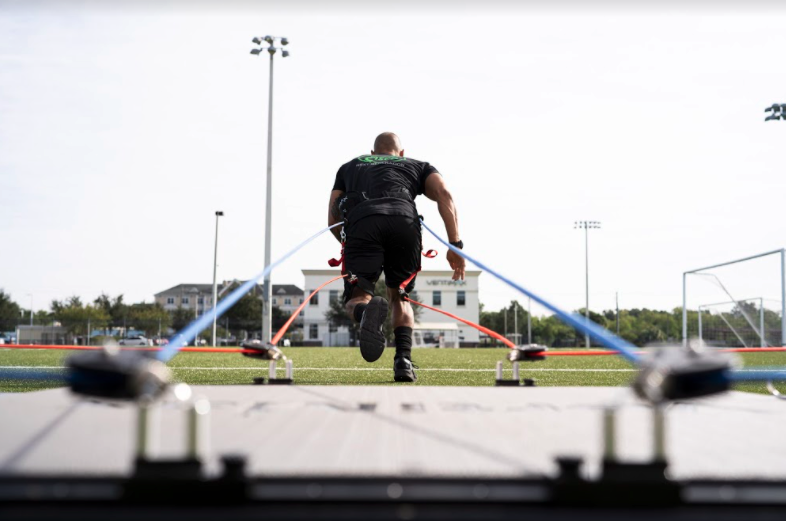 Jumping performance is an essential component of a good portion of track and field events. A few of these events include:

Events that involve jumping require incredibly high amounts of force production in the lower legs. Further, athletes will need increased neuromuscular activation in their legs as the events also incorporate a running aspect as well. This increased efficiency allows the athlete to produce more force in less time. This makes VertiMax ideal for jumping events as the ability to increase jump height and distance is one of it’s most specific purposes. It has eve been proven to increase vertical jump height in scientific studies!

When considering force production, it helps to realize that there are two directions to address; vertical and horizontal. The main concepts are similar but training for specificity can have a significant impact on your success. Here are a few VertiMax training exercises that will definitely increase your jumping ability for either one.

Checkout these different VertiMax jumping and bounding drills that 3X Olympic Medalist, Will Claye, performs in one of his training sessions.

Vertical force production will primarily benefit those who compete in the high jump and pole vaulting. High jump obviously requires the athlete to be able to jump as high as possible. In pole vaulting, the more force production an athlete can use to propel themselves off the ground will allow them to reach the full height with no issues.

Here are some great exercises to use with high jump training and pole vault training.

Horizontal force production is going to have more benefits for the long jump and broad jump athlete. This is because instead of jumping high, these athletes want to propel themselves as far down the track as they can. Here are some of the best training exercises to use VertiMax with to increase performance in these sports.

If you want to jump farther, you need to improve the force production of your lower body. However, your run-up speed also plays a huge factor. For pole vaulting, for every 1m/s you can run, you’ll be able to jump approximately 0.5m farther. This same association with increased speed and farther jump distance is also found in the long jump and triple jump. No worries as you can train every aspect of athletic ability with the VertiMax training tool.

Throwing events require high levels of neuromuscular control to produce high amounts of force in a short time to propel an object. This makes creating explosive power the number one priority. It’s obvious that a track and field athlete needs to train his upper body for these events. However, developing power in the lower extremities has also been found to be vital as well. These events are actually full-body movements that require the upper body to propel the object and the lower body to “push”.

Leg power can add to the overall propulsion, drive, and push from the body. On average, lifter can lift about 30% more weight when using their legs during a push press when compared to a strict overhead press. Even though these events use the upper body to throw the implement, do not underestimate the power that powerful legs can add.

The trunk plays a huge part when an athlete throws an implement. Explosive trunk rotation is involved in every single throwing event. Not only must it be strong enough to transfer the power of the legs to the upper body, but it can also add to the overall generated force. Here are some amazing exercises to increase an athlete’s ability to increase the power in their trunk rotation.

Last but not least, a track and field athlete who competes in throwing events must have the ability to generate excessive force and speed with their arms. The upper body is what ultimately throws the implement into the air.

Check out one of our athletes taking full advantage of VertiMax with her shot put training. Notice she has connected VertiMax to one side of her waist to improve the force produced by the hips. She then has VertiMax attached to her throwing arm to increase force output.

VertiMax has revolutionized the world of sports strength and conditioning with its intelligent design. Its effectiveness comes from the use of multiple resistance cords that can be attached to various parts of the body; the waist, legs, and arms. It uses a system of pulleys then provides constant tension no matter how much the cord is pulled. This is drastically different from similar training methods which use resistance bands whose resistance increases as the band stretches.

This genius design allows VertiMax to train athletes with a load while allowing free movement. This means that track and field athletes are able to perform biomechanically similar movements while under a load! This is the optimal method for increasing neuromuscular efficiency to produce higher force output and more power.

VetiMax was explicitly designed with the athlete in mind as a way to increase their ability of power production with the ability for it to be directly translated into improved athletic performance. 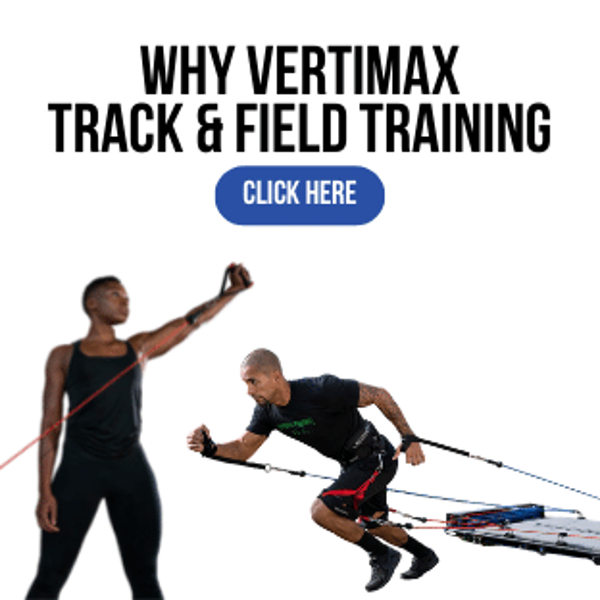