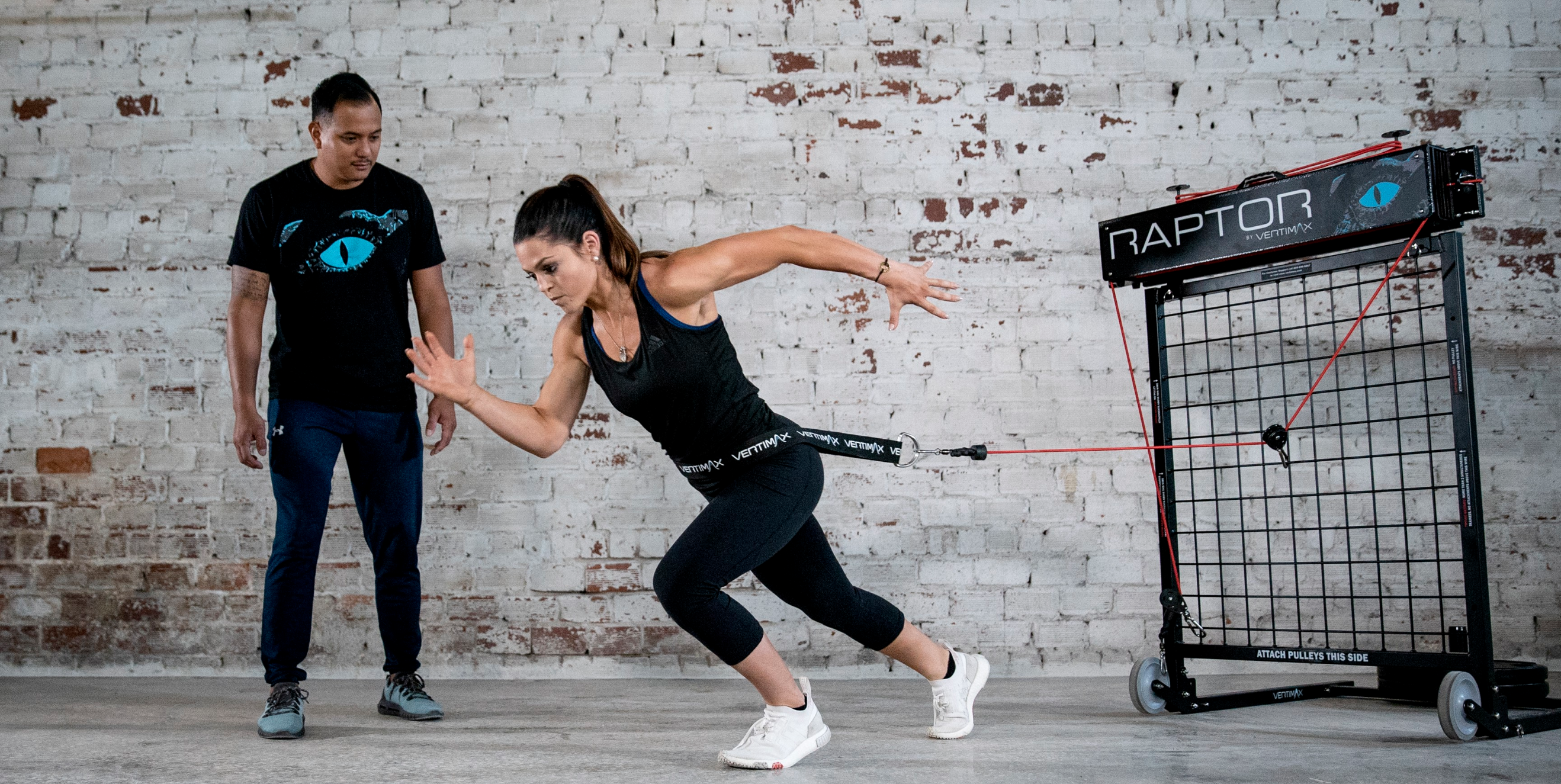 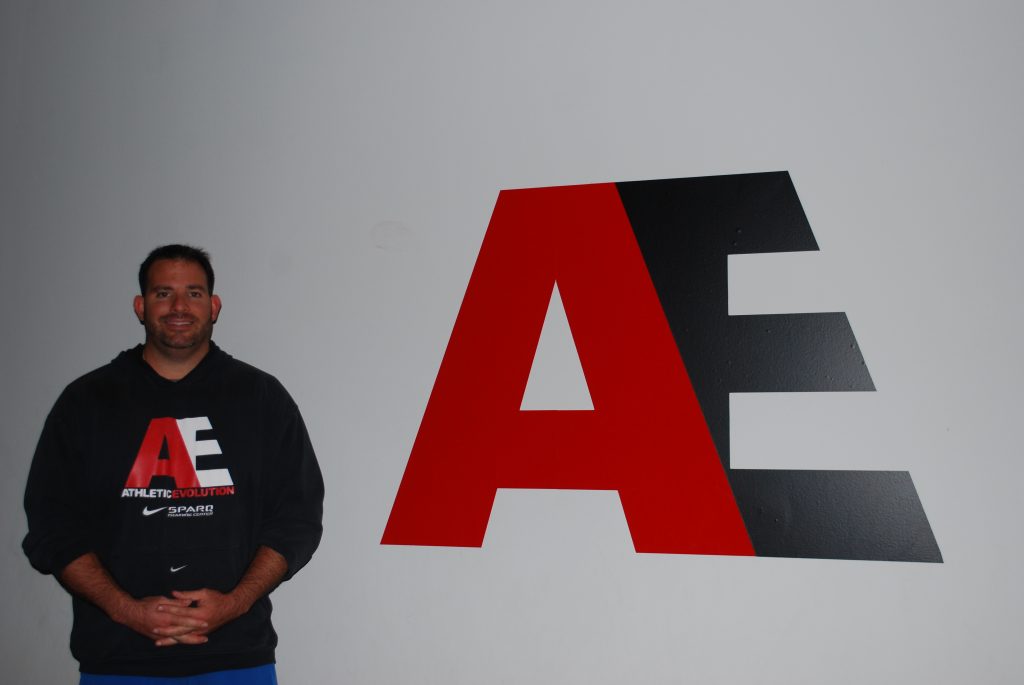 Erik Kaloyanides opened the doors to Athletic Evolution in 2005. Nestled just  12 miles north of downtown Boston, the  15,000 square foot facility is a haven for athletic training- boasting 50 yards of indoor turf for developing high school and college athletes, several vertimax machines, softball courts for on court skills work, and  a synthetic ice rink for ice skills work. Erik's specialty, in addition to running the daily operations of the facility, is in developing rigorous training programs for athletes ahead of the NBA and NFL combines.

Athletic Evolution also has additional chiropractic, nutritionist, cryotherapy, and ARPwave therapy support. Their goal is to create an all-inclusive, all encompassing balance of performance training as well as rehab and rehab tempered training.

How did you hear about VertiMax, what was your experience in getting exposure to it? I am assuming you are a pretty open minded guy so.

I heard about VertiMax through Tom Shaw in Florida. He put me in touch with VertiMax and said that I should incorporate them into my training. Once I started using it I fell in love with, and I never looked back.

I am always learning , and sometimes it makes sense to try new equipment. A treadmill company has been trying to get me to buy one of their treadmills for two years now. I don’t want to spend $12-$17,000 for a treadmill, and I am not going to do that since I  don’t think the price is right. So $4000 [for a VertiMax]  it is not expensive, I can train four to eight kids realistically on one VertiMax. I can make money doing that versus a treadmill where there’s only one kid on it.

Can you tell us how you incorporate VertiMax into your training?

I have been using VertiMax now for close to five years, and it’s become a staple of our explosivity development program. We have three of the V8s and we’re adding a  couple of Raptors to our stable.  It’s an excellent way to introduce explosive training with our middle school kids, so we start that way with the middle school kids.

It’s also a big component of what we do with  high school, college and professional athletes- there are so many things that one can do with the VertiMax. One obvious approach is using it as an explosive development piece, but we feel that we have created a unique opportunity to do sports specific training as well.  We incorporate digs for volleyball and soccer dribbling, and  foot ladder work for groups of up to 12.. So we feel really good about the different opportunities that VertiMax  presents for us.

How do you use VertiMax to develop explosivity in athletes?

My philosophy for explosive development hasn’t really changed, when VertiMax came around, I said “ok, let me change what I do or how I go about doing it.” It allowed me to be more effective, efficient and more successful. People like myself praise the VertiMax because they know how to incorporate it into their program, you can also get people that think just by doing the VertiMax alone, they will add four inches to their vertical jump, although may happen, it’s usually not the case.

How a trainer incorporates VertiMax  into their program is as important as anything else they do. This isn’t magic- VertiMax provides a safe tool for introducing explosive movement into my younger kids, and it also gives me a viable tool with college and professional athletes to move  away from a focus on heavy Olympic lifting, replace some of that with VertiMax work, and avoid potential injuries.

How does VertiMax help you begin working with younger athletes?

It has really been a great tool for me to use for explosive development with younger kids. In  developing explosivity it’s important to get the  kids engaged, and incorporate some sport specific movements, like putting the wristbands on a lacrosse player's hands, and have them play ball wall. It is awesome for hand speed and it is a great tool, but it is also a great tool for keeping them engaged because they are doing sports specific training, so they get pretty excited about it.

Can you tell us more about how you incorporate sports specific exercises into your training programs?

From a sports specific standpoint, we do shooting and rebounding exercises for basketball., We will take the VertiMax itself and put it under one of our hoops and it helps the kids dunk faster. We will have them take jump shots off the platform attached to the VertiMax, and you can do similar movements for volleyball  on our skills court. Having to move with the level of resistance from the platform is hugely beneficial.

We work on our starts with the 40-yard dash, sprinting mechanics using the attachment around the hips and waist, but also using the attachments around the ankles and heads for our arm matches and so forth. For lacrosse  we have them assume the position of a face off and have  a bunch of drills that pertains to that. We add a little resistance and have them play wall ball-  turn and face the wall ball and turn and throw, catch with a little added resistance.  It is a simple repetitive movement, and the cables don’t get in the way.

What we do for hockey players revolves around lateral work and then we can use the VertiMax quite a bit for prehab stuff, being able to do a bound and being able  to resist the cable. That has them their glutes and activates their core,  and makes sure they don’t get pulled away or pulled back.

Those are a lot of our corrective exercises that we do, yes it is still performance based but it also fits under the category of prehab/rehab at the same time.

What are some of the ways you use VertiMax for speed development?

With the VertiMax we really target the hip flexor, which is extremely important for speed development in general. All of our athletes will do targeted hip flexor work, which I think is great because we are actually targeting the appropriate muscles that actually do fast switch. We do it because the VertiMax gives us an opportunity to do it.

That is sort a big component, even just an element… you are doing all these footwork drills, whether it is speed route, speed box, speed hurdles or whatever it may be, it’s the progression… well the maybe the progression has been to put a weight vest on.

If you want to put on weight keep working on your footwork another progression is that we can actually use footwork drills that will generate resistance and again you can put it on your waist, you can do all these footwork drills by putting them on your ankles, that is the big part.

This is the first opportunity that gives you the flexibility and freedom to be creative, so it allows trainers to open the door to creativity- it’s a game changer. Again, that is why so many people who incorporate the VertiMax into their program see these results because of the  variety of options, the opportunities are endless

How do you use VertiMax in place of more traditional olympic lifting, what are you aiming to achieve?

We still lift heavy, but with the VertiMax it’s all about what we are doing when we try to lift heavy. Even when you are doing Olympic lifting perfectly correctly and obviously the risk of injury is going to be higher doing one of those exercises than doing something else.

A lot of these times we get these guys  for shorter and shorter periods of time. If we’re training them for the NFL combine, and we only have him for 6-8 weeks, the last thing we can have happen is an injury that eliminates a week or two of training.

Number two, very rarely does a kid of any age actually do that type of Olympic movement correctly. At the end of the day we are actually minimizing the benefits of the exercise, they are such complex exercises to teach in the first place that if somebody is struggling with the technique it will take three weeks to understand the basics. From there e only have five weeks of actually moving weights which isn’t enough time to get the results we’re looking for.

With the VertiMax I can get started immediately, and have them understand exactly what triple extension feels like. I can change the level and create variations- but I can also start making progress from the first moment that we get them to step on the VertiMax. It is all about being able to maximize my time with my athletes and my effectiveness with my athletes.  I think that is why the VertiMax is key- it gives us an opportunity to  see progress and results immediately.

Do you find that VertiMax changes the way you interact with athletes because of that?

Yes. Let’s say we have a high school football team and there’s a very wide gap  between the different players and the athletes in the team. You get them in there and try to teach the snatch or the clean, you get some kids that will pick it up right away, and you have some kids that you just know it is never going to happen. Unfortunately you still have to do it, some coaches have a certain expectation for movements that they want to see.

A big part of an athlete's success is being able to understand their own bio-mechanics not only while playing, but also while training. How does VertiMax help you teach athletes the foundations of certain movements that are crucial to improving their performance?

The reality is, if I can teach the hip hinge to an athlete, they’ll see the benefits across the board because the same movement applies to so much. If I can teach them how to jump correctly on the VertiMax,  and then I can really get the kid to understand what a hip hinge is, then I can go onto the VertiMax and I can introduce kettle bells. From there moving on to more complex lifts is much easier because  they have the other two components in their back pocket and they understand what they are doing.

Can you tell us about training with the  VertiMax helped you  transform one of your athletes?

In the 2015 NBA combine I had a kid from Notre Dame named Pat Connaughton, I trained him for a long time prior to him going to Notre Dame. When he came to work out for that six to seven week period during the NBA combine, that was really his first opportunity to have the VertiMax as part of his program.

During the NBA combine he jumped a 43.5 max touch- it was highest max touch for the 2015 draft class,  and it was the second highest max jump in the history of the NBA combine. I am actually shocked that so  many colleges don’t have a VertiMax, I don’t understand why.

How do you think other facilities and trainers can benefit from using VertiMax?

I can imagine that there are people at the divisional level that haven’t heard of it. Maybe they are just too stuck in their ways, and think that whatever they are doing works. You need to have an open-minded person to be able to integrate change.

I think if you are stubborn you’re going to have a hard time getting it to work for you.