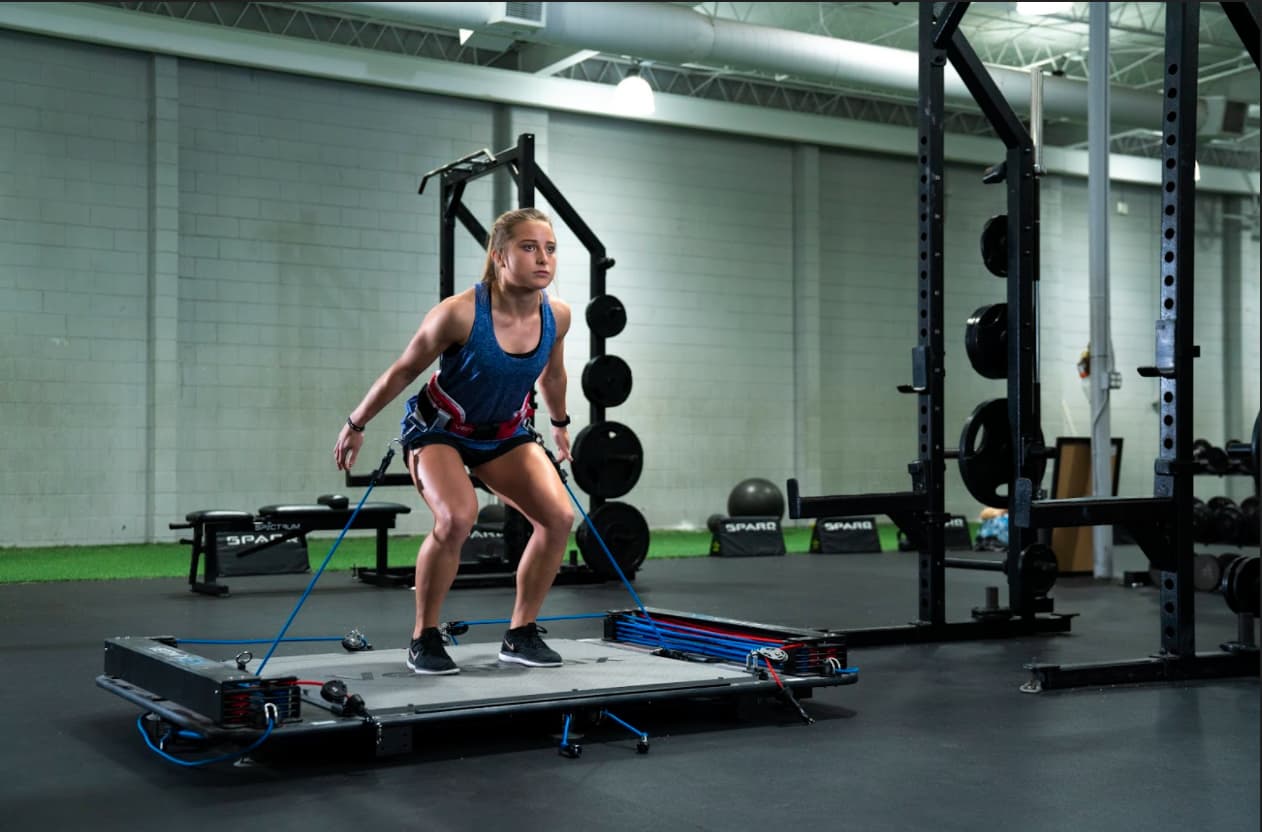 Gymnastics training exercises must provide an efficient strength and conditioning program. The VertiMax V8 Platform or Raptor can be easily used in conjunction with gymnastics training to increase explosive power, strength, speed, and agility to take a gymnast to the next level.

The VertiMax patented resistance design allows gymnasts to move freely, with natural movement, all while under a constant load. Through the use of pulleys and cords, VertiMax can be attached to the legs, arms, and waist to add the desired resistance through a range of athletic actions with no interference. Due to the multiple attachments and set-ups, gymnastics training for strength and conditioning becomes virtually limitless.

Vertical jumping is the easiest yet most effective gymnastic exercise. They will increase the power production needed to propel a gymnast into the air. There are several ways to perform vertical jumping with VertiMax.


Skilled athletes can go ahead and jump straight to coveted Y-scale or other advance versions.

Resisted sprints is the easiest and most effective training for gymnasts to increase their speed. Training in the horizontal plane is precisely what Raptor Fit was designed to do. Gymnasts are able to choose their desired level of resistance and run with free movement up to 45 feet; a much longer distance than needed in a gymnastic routine.

Leaps are a prevalent skill that is performed in a variety of gymnastic events. To perfect this movement, a gymnast must train jump height, speed, agility, and extension. Often times, leaps are performed in succession. This requires enhanced neuromuscular function to be able to generate the repeated generation of force quickly.

Handstands are a movement that can be seen performed in almost every gymnastic event. This makes it one of the most important skills to master. VertiMax can be used in conjunction with a variety of handstand skills to improve strength, balance, and agility. By moving parallel with the VertiMax resistance, gymnasts can perform either resisted handstand walking by moving away or assisted handstand walking by moving towards VertiMax. By moving perpendicular to VertiMax, gymnasts receive a unique stimulus which demands full core activation and balance.

Long, straight legs with pointed toes are among the defining features of a gymnast. Performing straight leg skips regularly is an effective way to make this movement become second nature for a gymnast. While it looks easy, it requires a great amount of strength in the flexors and quads to enable full extension while the glutes fire to stabilize the body. With the resistance that VertiMax offers, gymnasts can make this exercise better by adding levels of strength to the muscles they need to effortlessly perform this staple movement.

Hollow rockers are one of the staple gymnastic exercise for core training. This is because of how effective they are as they work the muscles isometrically similar to many gymnastic skills. Their only downside is that it is difficult to increase the intensity other than lengthening the duration. VertiMax can be placed on the limbs to increase hollow rockers' difficulty, which is needed by gymnasts as they have some of the strongest cores in the sporting world.

Every gymnastic workout routine needs a component of specific balance training. With the use of multiple attachments and cords, this is quickly done using VertiMax. Walking across a beam with VertiMax’s constant resistance pulling an athlete is just one of the balance training exercises you can utilize. Gymnastic training for balance has really never been easier than with VertiMax.

Planche push-ups are a version of the pushup which has your body shifted further towards the front.  This is a gymnastic training exercise for strength that is also used as an intermediate step to a full planche, with the feet lifted off the floor.  VertiMax can be attached to the torso to increase an even load while not affecting the mechanics of the exercise.  Gymnasts can also opt to do the movement with one foot off the ground with VertiMax attached to add a level on difficulty and a balance component.

Even though gymnastics is mainly an anaerobic sport, athletes will still need a conditioning component in their workout routine.  VertiMax can be used with a variety of gymnastics exercises for conditioning such as mountain climbers.  Attaching the resistance to legs from behind will demand more activation of the core and flexors than when traditionally done..  VertiMax can easily take conditioning training a step above the rest.

The Possibilities for Gymnastics Training are Endless With VertiMax

You can use VertiMax gymnastics training equipment with virtually any movement to add a degree of intensity that can’t be achieved with any other training tool on the market.

Literally any gymnastic movement can be improved with the use of VertiMax. And in fact, many of the top gymnasts in the world are already using VertiMax to give them an edge over their competition.

Every gymnast wants to increase their explosive power, strength, balance, and agility. If you are looking for the most effective and efficient way to do this, look no further than VertiMax. 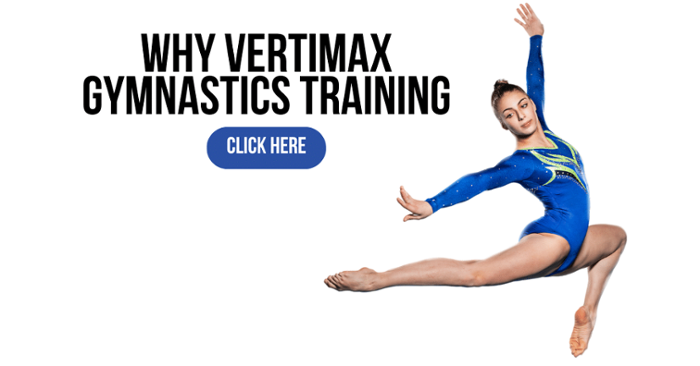