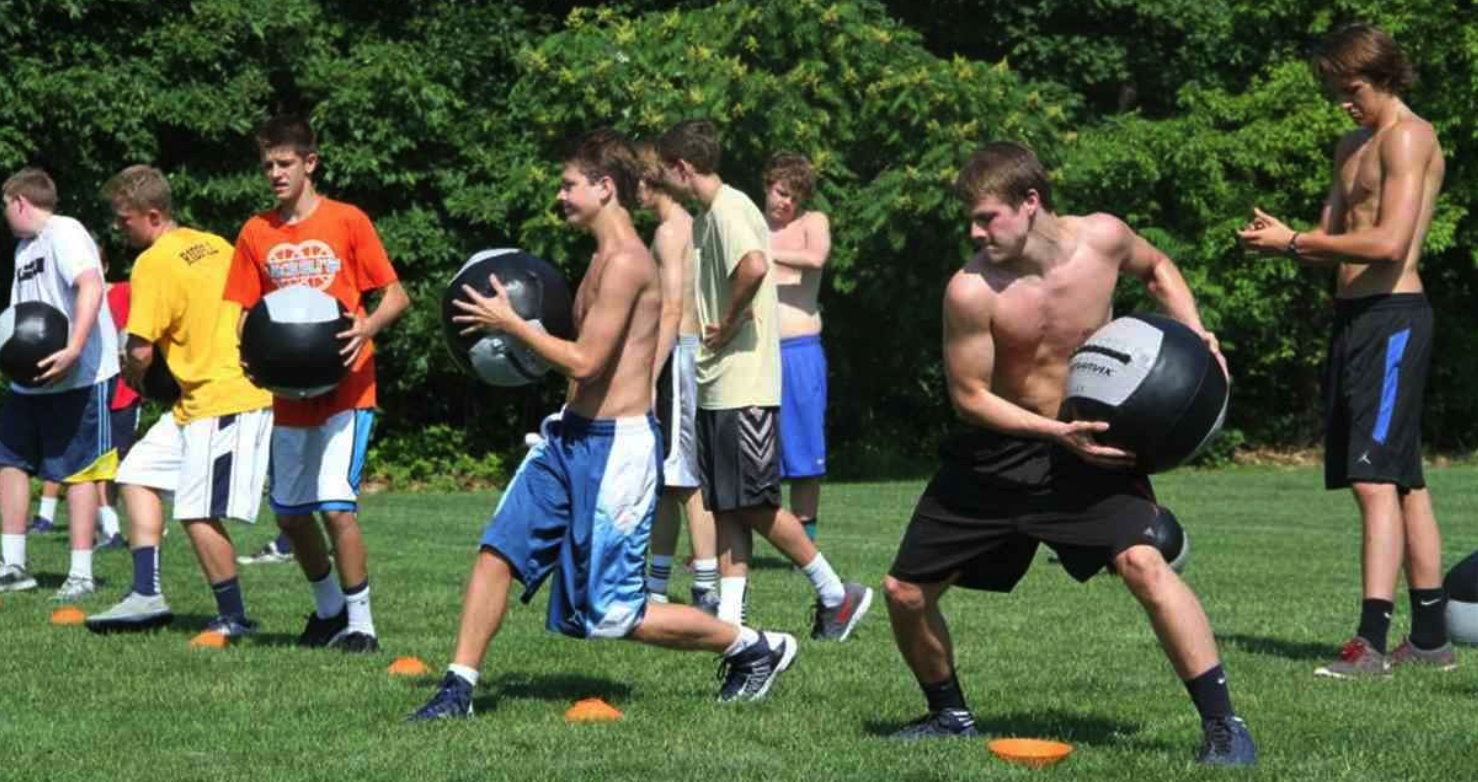 For most high school students’ summer is about late nights and sleeping in, but for the dedicated student-athletes, it's about sacrifice, determination, hard work, and discipline. High school students are now heading back to school and some athletes have been making the best of summer break by preparing for the upcoming athletic year. They were training with their team at schools' voluntary summer strength and conditioning program, training at a sports performance facility, or even some trained at home. These student-athletes prepared for the upcoming athletic year by sacrificing a part of their summer to train hard, sweat, and bleed for the sports they love to play.

Summer is about over, but that doesn’t mean it has been quiet at some high schools.  Most high schools in the country these days have an off-season summer workout schedule. DeLand High School in DeLand, FL had summer workouts bout 2 to 3 times a week this summer led by the Director of Strength & Conditioning, Coach JT Thomas. His program over the summer consisted of "mastering the basics, focusing on simple compound movements and becoming the most efficient humanly possible". Their athletes utilized the Joe Kenn's Tier System to provide a template for total body workouts. With the more advanced athletes Coach Thomas incorporated a modified version of Auto-regulatory Progressive Resistance Exercise (APRE) to safely progress his athletes with the “Big 3” (back squat, bench press, dead-lift). All the workouts and progress were tracked using Teambuildr.

The importance of a high school summer off season program is critical to an athletes success if they don't have the discipline to train at home or to train at a sports performance facility. As a high school athlete what better way to prove to your team that you're all in for the season by showing up and sweating with the rest of the team during voluntary workouts.

Training where professional athletes train at is a big deal to about anyone who trains and especially high school kids. How awesome is it to be in high school and tell all your friends you trained at the same place Le’Veon Bell, Stefon Diggs, and JD Martinez trained at over the summer? Armani Martin, Director of Youth Performance at Bommarito Performance Systems, Davie, Florida has challenged high school athletes all summer with their dedicated youth programming which included evaluations (FMS, MAT), assessments, performance testing, and custom programming.

Their athletes received individualized training covering strength, power, speed, plyometric and change of direction work. A variety of exercises from squatting, bench press, core work, footwork and various other drills were implemented. Armani’s main goal when training was “to train them (high school athletes) as general as possible and progress to sport specific work once they get ready to return to sport.” Armani adds, “The movement is established on a monthly basis. We create a calendar that spreads out our emphasis of the day. These emphases are the specific movement (lateral, multi directional, or linear), resisted series (strength or power endurance), and/or plyometric emphasis”.

To get a better idea of how the week was planned, a sample week below shows the targeted movements and goals for the day. The choice of weights was client based and each program was individualized.

Not all youth athletes had means to go train at a sports performance facility or attend a voluntary high school off-season program. That doesn’t mean they were sitting at home and waiting for the new athletic year to arrive. Volt Athletics made it very easy for athletes to train over the summer with their app. The athlete needs enter their personal data and pick their sport and it develops a program with or without equipment. It’s like having a strength coach in the palm of their hands. But, there isn't a coach providing commands, or a designated time to train so discipline and heart are required.

A great support system at home are how some athletes trained over the summer. Bill and his daughter, Olivia got to spend some quality time together when they trained for the upcoming volleyball and track year at home. It was quite different than having a high school strength and conditioning coach and a sports performance coach. It was Dad! Bill may not have had a full resume like a strength and conditioning coach, but that didn't stop Olivia from putting in the work to be a more explosive and faster athlete.