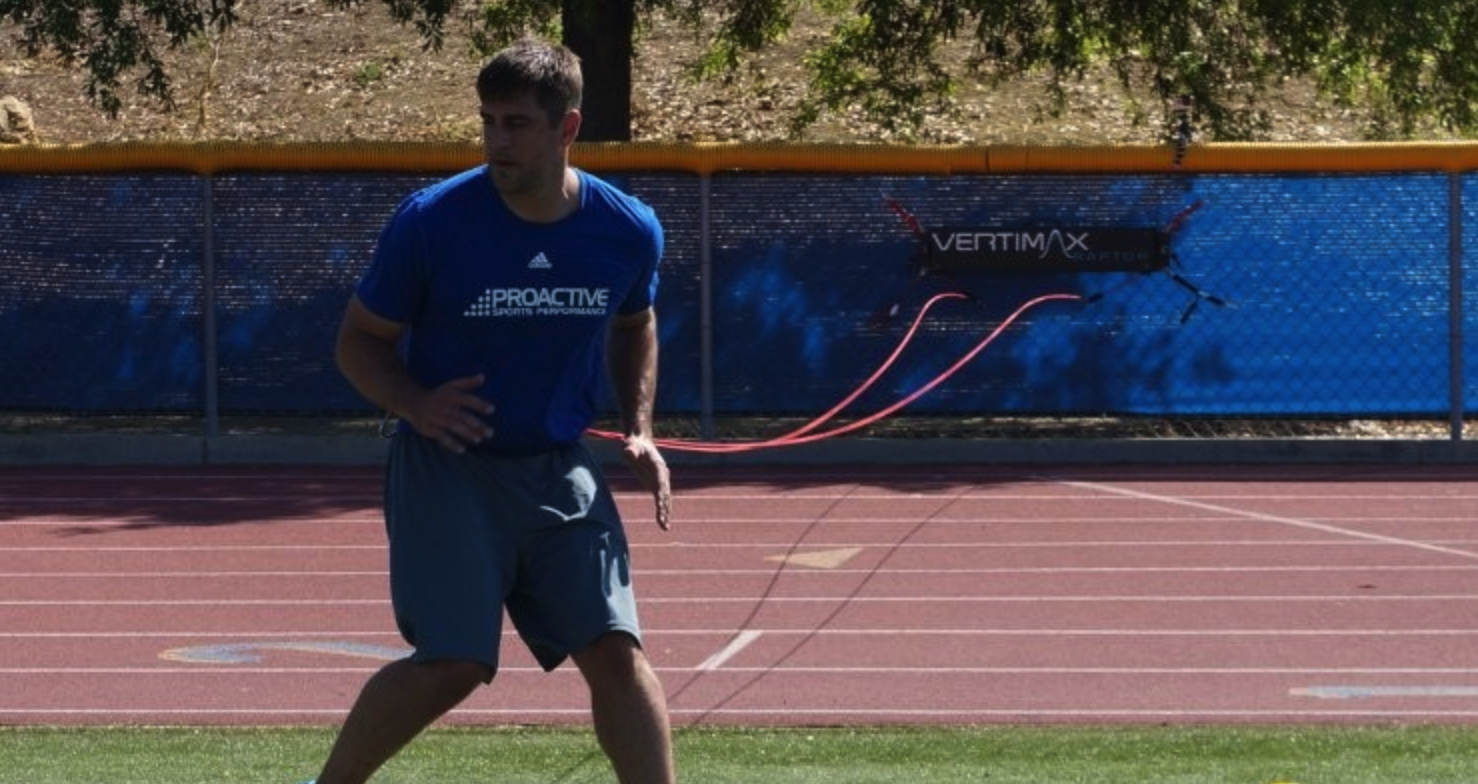 Sports Performance Is Changing…For the Better

Athletes are now beginning their journey of building agility, speed, strength and overall athleticism at a young age. This has created a need for more efficient coaching and training from our industry leaders.

At VertiMax, we are blessed to have the ability to work with some of the most creative and influential coaches in the field. The relationships we’ve built have helped position our equipment as an important part of the football training community.

Below are a few ways in which some of those trainers and coaches highlight how VertiMax proves to be a valuable tool in bringing their training to the next level.

VertiMax has proven to improve 40 yard dash times and sport specific speed in any direction to give you the speed advantage on any field of play that will separate you from the competition.

Every year during the off-season, groups of athletes gather together at facilitates like EXOS, Proactive Sports Performance and Michael Johnson’s Performance to prepare for the NFL Draft. It’s during this time our coaches, trainers and facilities utilize our equipment for group training sessions for all positions - VertiMax Off Season & Combine Training

Thousands of successful high school athletic programs use VertiMax to develop speed, power and position specific athleticism including Texas’s Katy High School. The 6A Division 2 power house has played for the state title 10+ times and are led by head coach Gary Joseph.

Katy wanted to make the VertiMax part of their big picture training regimen. So much so, they added 8 unit’s to their school’s athletic program.