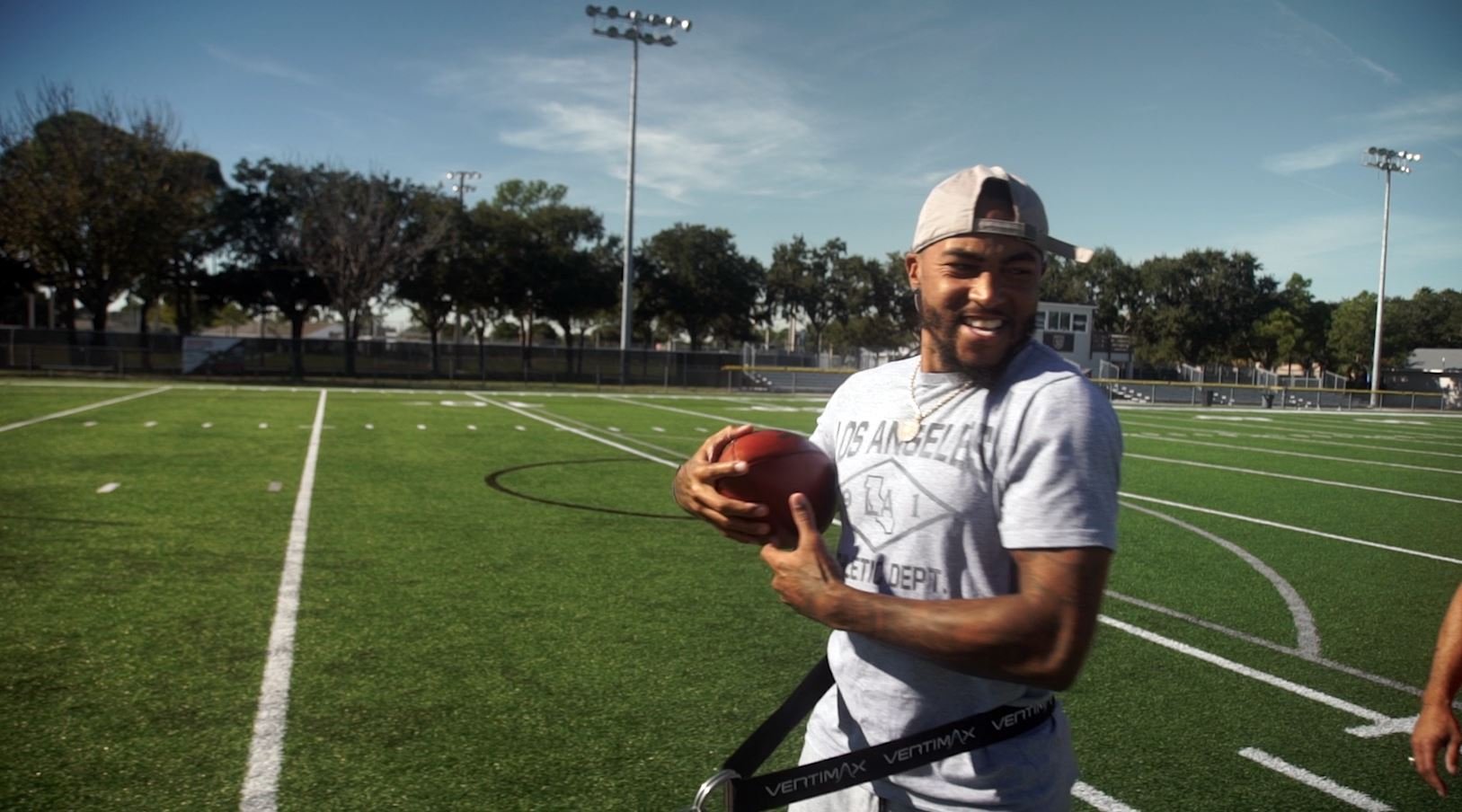 The season is over. The stadiums have all gone quiet. Awards have been announced. Champions have been crowned. For college football athletes hoping to turn their hobby into their career, the NFL Combine represents the final stage on which they may showcase their talent.

The NFL Combine Drills are the ultimate measures of a football player's physical prowess where scouts and coaches judge athletes as they compete in the 40-yard dash, bench press, vertical jump, broad jump, 3 cone drill and shuttle run. For the athletes hop perform well, their draft stock soars. Unfortunately, the same can’t be said for those who show up out of shape and don’t perform.

2014 alone saw Blake Bortles leapfrog Johnny Manziel and become the 3rd overall pick in the draft—Manziel dropped to the 22nd position after not participating in some throwing workouts. While it may not be the only factor that can make or break you, it's arguably the best way to improve your stock leading into April's draft. Here are some inside training tips from our experts on how your can take your NFL Combine training to the next level.

The 40-yard dash is one of the most talked about drills at the combine because of the raw speed athletes can show scouts and coaches. Chris Johnson is the official holder of the the crown, with a 4.24s time, but many claim Bo Jackson’s 4.12s in 1986 to be the fastest ever recorded.

Bo Jackson's 40-time of 4.12 seconds at the 1986 NFL draft combine is still the fastest measured at any NFL combine. #BoKnows

Focus your training on your acceleration to top speed in addition to increasing your overall sprint speed. The fastest athletes in the 40-yard dash are usually the fastest off the blocks.

Typically basketball’s top measurement for athleticism, the vertical jump measures the explosiveness of an athlete. For wide receivers and secondary personnel, increasing their vertical jump translates to winning more jump balls. But as SBNation notes, the leap represents a measure of explosiveness for lineman as well. The more explosive off the line you are, the more of an advantage you have against opposing lineman. Jarron Gilbert, former NFL linebacker, blew away fans and made his way around the internet in this 2008 video by jumping out of a swimming pool.

Where the vertical leap measures the raw power of an athlete’s lower body, the broad jump is a key measure of how the athlete combines that raw power with balance and control. To succeed in the broad jump, athletes need to successfully land their jump on two feet. As the training team at Sparta performance Science describes in the full video, you need “big arms” to improve your broad jump.

Generating the maximum amount of momentum requires athletes to load their arms into a deep position before jumping. While in the air, reset your body position to balance your landing.

Mastering footwork and technique. You would think that the 3 cone drill would be 80% speed and 20% agility. Being such a quick drill means that your footwork and technique have to be flawless through the initial cones and while navigating the L-drill finish. Any misstep will take valuable tenths of a second off your time—time you cannot afford to lose in a 6-7 second drill.

Use a three point stance as in the 40-yard dash. Instead of exploding to a full sprint, players come out of their stance and make three leaps—like steps to reach the first cone.

While the 40-yard dash measures speed in a straight line, the shuttle run is about combining lateral and linear movement and reducing the amount of time athletes take to make the transition between the two. The shuttle run starts players off in a familiar athletic position, but requires them to start making lateral movements instead of the usual forward movement of the 40 or the 3 cone drill.

Athletes using the VertiMax at a combine show the versatility of their combine training with linear and lateral movements.