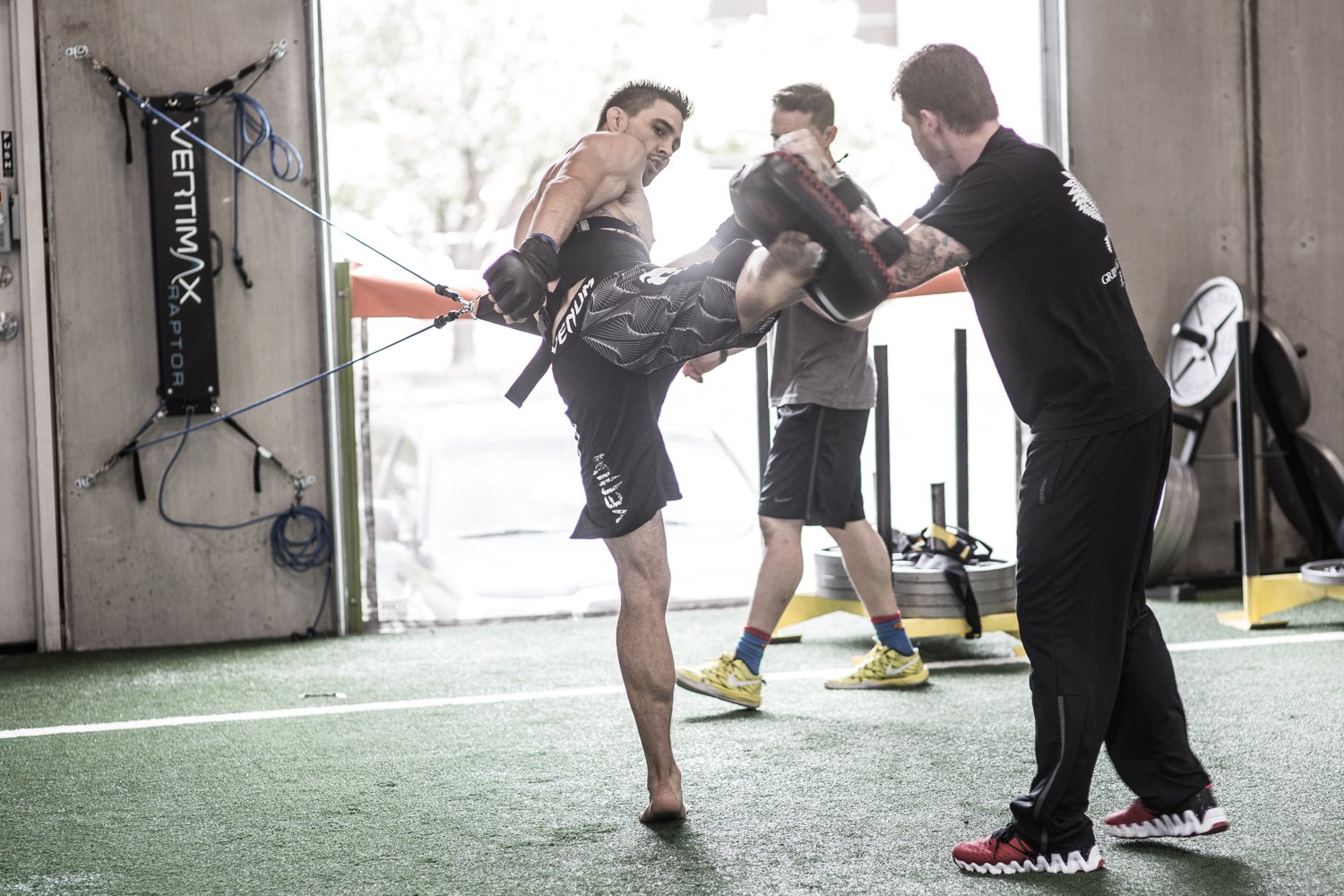 VertiMax MMA workouts and drills can provide the advanced training to go beyond traditional strength and conditioning to increase MMA and boxing power, strength, speed, and agility.  Fighters can take everything they developed during their Vertimax training and immediately apply it to their performance in competition because Vertimax allows fighters to use the exact same movements  with resistance in their training.

In the past, MMA training utilized a mixture of traditional strength and conditioning protocols and then hoped that it would translate into improved athletic performance. The barbell can be effective in enhancing strength and power in defined paths for sure, but the needs of MMA fighters and boxers requires the improvement of dynamic movements.

MMA training at home, or by yourself at the gym, has never been more effective as VertiMax has quite literally revolutionized one of the most widely used and effective forms of training for MMA fighters; shadow boxing. It is one of the best ways to improve VO2max with actual simulated movements seen in a fight. Shadowboxing for MMA consists of much more than just throwing your hands, but also includes simulating shots, defense, kicks, knees, and elbows.

No other MMA tool on the planet allows you to train simulated fighting WITH resistance but VertiMax can!

By using the multiple straps to attach to the legs, hands, and torso, athletes can increase the resistance of this already highly effective training protocol. The added resistance will increase muscle endurance, increase the power output of kicks and punches, increase aerobic endurance…VertiMax will just increase the overall effectiveness.

To really zone in on specificity, set up 5 rounds of 5 minutes, similar to the maximum amount of time for a fight. Use a work-rest ratio of 1:3 to 1:5 with work intervals from 10-15 seconds. This time should include a combination of kicks, punches, elbows, knees, and shots. During the rest time, practice your footwork or even hold onto a sandbag to mimic the clinch and grappling.

Check out how VertiMax brought one of our fighter’s shadowboxing to the next level!

Similar to punching, kicking power in combat athletes has also been found to be significantly increased with the use of resisted training techniques. And also, similar to punching, VertiMax gives the same advantages over traditional elastic bands. Since straps can be securely fastened to the ankle, there is no need to worry about slippage or sliding of the VertiMax bands. This allows the fighter to be entirely in the zone and focus on form and execution, while VertiMax provides the resistance needed to improve these attacks’ explosiveness.

Further, because of the multiple angles and directions that can be used, MMA fighters can train almost every kicking style.

Check out how VertiMax resistance can take your kicking power and control to the next level!

Muay Thai comes out as one of the top forms used in MMA when it comes to punching and striking. This is due to the wide range of used and pure ferocity attacks seen in Thai fighters; particularly knees and elbows used heavily in MMA. This is due to their destructive power AND the ability to use in close combat.

It is very common to see fighters in the clench trading knee for knee, one after another. Or a fighter will create a little space to sneak in a powerful elbow. This makes it extremely important to develop power in these attacks.

However, due to their anatomical position, the knees and elbows are tough to train with resisted training. Using traditional elastic bands is inefficient as there is simply nowhere to attach them without having them slip, possibly snapping back and causing injury.

This is where VertiMax’s sleek, revolutionary design comes into play. VertiMax allows CONSTANT tension to be applied to 100% natural MMA movements. Plus, fighters can attach straps to anywhere they need to increase force production. On the hands for speed or above the elbow to increase torso pivot. Fighters can even add resistance to the legs to improve force development in the lower body, which is vital as legs can attribute up to 38% of punching power!  This is something that can only be done with VertiMax!

With the velcro straps, fighters can easily connect the resistance bands to the areas of these joints. This allows them to train their elbows and knees with an increased load on the muscles to improve the strength and power in these specific movements. If you want an MMA training tool to help create your most powerful elbows and knees, you need to train with VertiMax.

Watch one of our young Muay Thai fighters use VertiMax with no problem to develop some crazy powerful knees (she’s only 15 years old! VertiMax can be used for MMA training for kids too!)

When talking about optimal MMA training, you can’t forget the ground game as there’s a very good chance you’re going to end up on the mat; or at least your opponent will try to take you there.

Drills Fighters Use to Take-Down Opponents

All of these must be done with quick and powerful movement to be successful. If you want to dodge or sprawl, you need to be faster. Regardless of what side you’re on, VertiMax was designed to increase neuromuscular control for:

Everything you need to for an unstoppable take-down; or to get out of the way. You can perform repeated shots and take-down drills with no interruption because of the extended cords (up to 86ft!). Perform these drills as usual except with athletic enhancing resistance that will create dominating take-down moves that will be hard to stop.

But it doesn’t stop there. With resistance attached to the hands of the fighter, they can instantly get in the mounted position and work on their ground and pound to finish the fight. Work these in intervals as above to build the stamina and power needed to get the job done. Literally, no other MMA training tool allows you to do this!

VertiMax MMA Drills - VertiMax can be used in conjunction with virtually every core strengthening exercise to allow selected resistance and ease of movement within your VertiMax workout. Both dynamic and isometric core exercises have been found to improve the performance of fighters and VertiMax can do both. Just to name a few:

Check out some of our athletes and coaches using VertiMax to build a core strong enough for the toughest fight to give you a glimpse of the variety of movements fighters can employ. 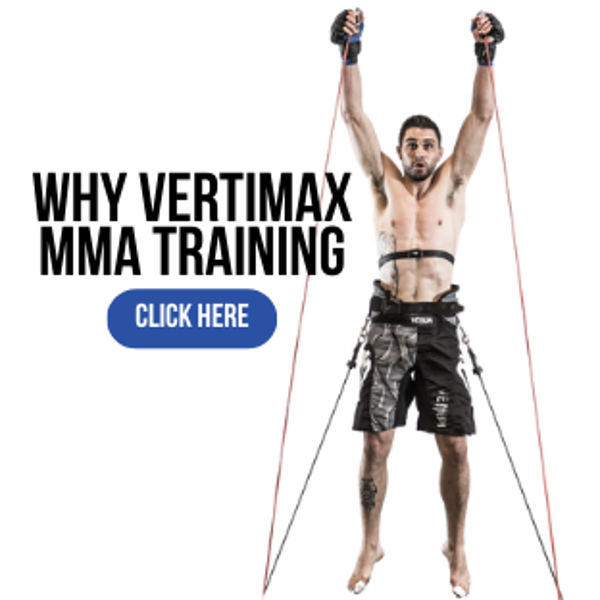