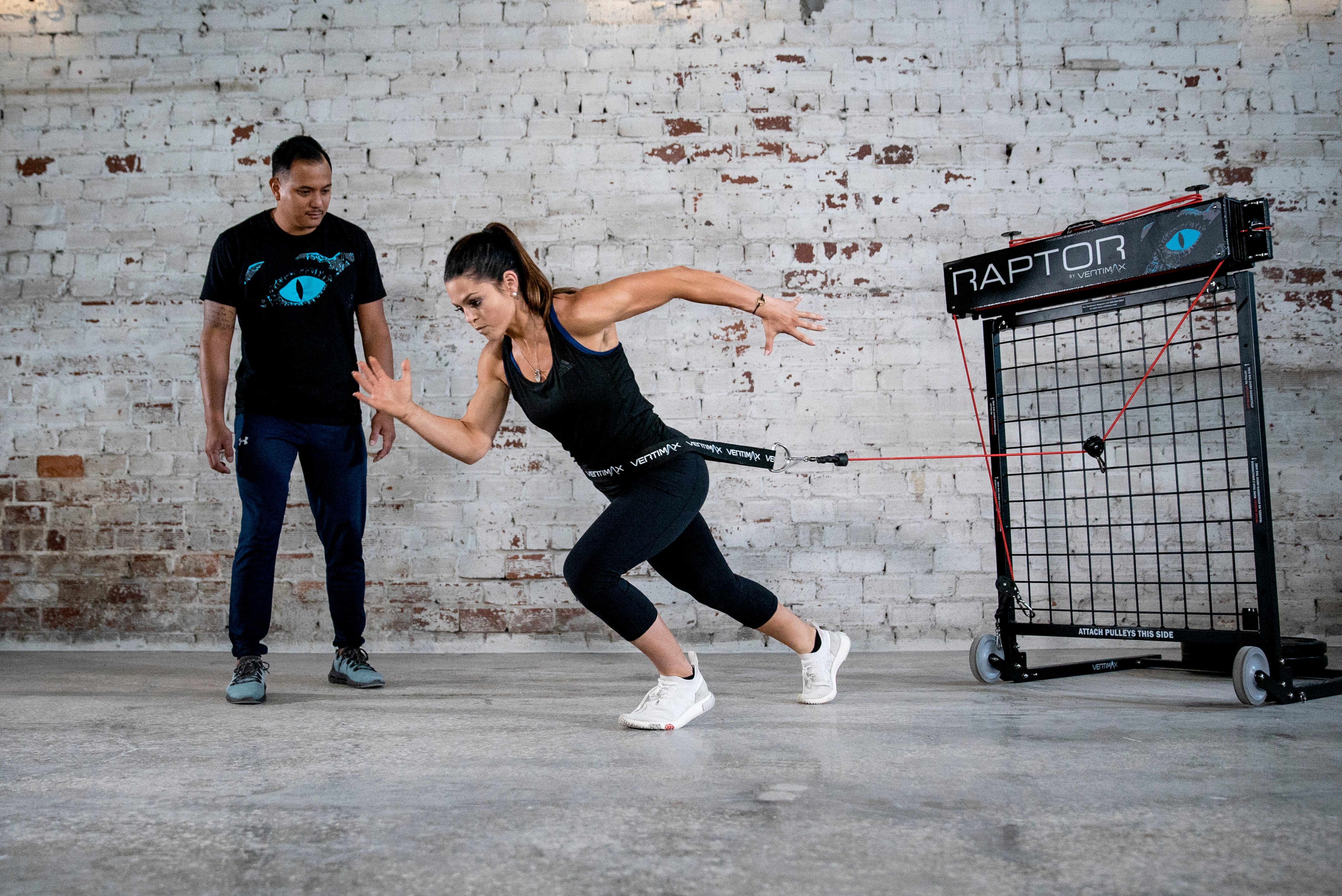 Loren Landow: Effectively Use Vertimax To Increase Speed and Power

Pro Trainer, Loren Landow, shares how he uses Vertimax to increase total body speed and power. He shares how to use the VertiMax resistance bands to create tension by attaching to the hip, thigh, and ankle to provide an overload effect

When Landow prescribes an exercise for an athlete, he always take two things into consideration: (1) who they are and (2) what are they capable of performing.  These two questions can then be subdivided into many more categories.  With his clientele (made up of 95% of competitive athletes), he makes sure that the exercise selection has the ability to have transfer.

As Steven Plisk would say, “to best zero in on our target of performance, we must look through the lens that makes up performance ability”. This dynamic correspondence concept states that for training to have transfer, we must have Mechanical and Energetic similarity. Then break it down into  training tasks specific to the target activity.

Simply stated, that the given objective of specific conditioning should mimic what is needed for the sport and the position played. Energy systems being targeted should have a similarity to what will be asked of the athlete when the “lights are on”.

Imagine having a moped that has a max speed of 20 MPH and needing to merge on to a highway with traffic moving at 65 MPH. This is the same analogy I provide my speed/power athletes who think that performing long distance running for their “conditioning” will help them with their sport. Make sure that the training matches the goal. Believe it or not, I’ve found that more coaches over-condition their athletes, and the majority of the conditioning is done in the wrong priority energy system. Remember, all energy systems work at once; it’s a matter of which is the priority based on time and intensity.

I use the VertiMax with nearly all my athletes. From World Record holders and gold medal Olympians in swimming and gymnastics, to football players from high school, college , NFL combine prep, NFL veterans, UFC fighters and yes, even my NHL hockey players. The overload effect provided by the VertiMax can benefit any discipline where speed and power are a must.

When looking through the lens of performance, we must understand where the VertiMax fits into the programming. I have many strategies that I use with it, but typically I will use it in a non-fatigued state, post dynamic warm-up. Quality of the movement (impulse, timing) are a must for the speed and power transfer. I will implement it as an advanced strategy with a contrast approach, leveraging a maximal strength exercise as the preparatory or stimulation load to elicit greater recruitment for the speed exercise of the VertiMax.

Most applications of the Veritmax shows the athlete hooking the elastomers to the belt attachment on the hip. 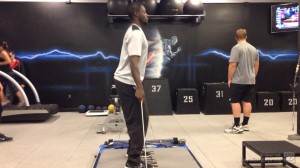 The athlete initiates a countermovement (squatting action) into the eccentric pre-loaded movement. 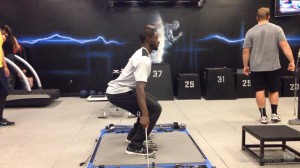 Quickly, the athlete reverses the action into the overcoming phase (concentric), pushing fully through the platform and maximizing the extension of the knee and hip joint. I do not cue excessive plantar flexion and, quiet honestly, I want the opposite. In my opinion, when the athletes place such a emphasis on plantar flexion, they lose intent on the true force producers: the hips. As soon as the athlete creates loft, I want the feet to be dorsiflexed. This does two things: 1) Dorsi flexing the feet increases the length tension of the posterior chain to elicit more tension through the hips in extension,   2) It prepares the athlete for the landing phase, which will be of utmost importance as we progress into multiple-response jumps. 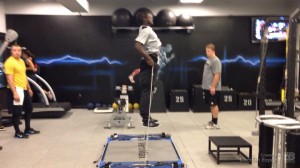 Once the athlete has reached full extension, the elastomers reach greater tension. This, I feel, is the best part of the VertiMax, which I’ll discuss a little later. The increased tension will force the athlete to prepare for the landing sooner. With the feet dorsiflexed, I cue the athlete to land nearly flat-footed with the weight placed near the mid foot, not on the toes and not on the heels! Landing this way will allow the athlete to land with less stress while maximizing the ability to absorb the eccentric load in the squat position which, in turn, leads to better eccentric-isometric strength for a subsequent jump when we progress to multiple response jumps.

Now, back to my point about the best part of the VertiMax. At first glance of the resistance profile, as the athlete drops into the counter movement position, the elastomer’s tension is significantly less, and as it gets into the extended position prior to flight, the tension is higher. By design, it’s not until we reach our apex of height that the elastomer is providing the most amount of resistance. This is unique, as the elastomers will have a greater accelerated load against the body above the rate of gravity. So putting emphasis on the landing mechanics, and the intent on deceleration, allows the athlete to be highly resilient eccentrically. The result is, it should make the athlete stronger concentrically, as the system adapts to it.

The priority is based on technique, sequencing within the workout, frequency and total volume within training bouts. Be smart, and if you are training for speed and power, adhere to the appropriate set and rep schemes while taking full recovery per set!