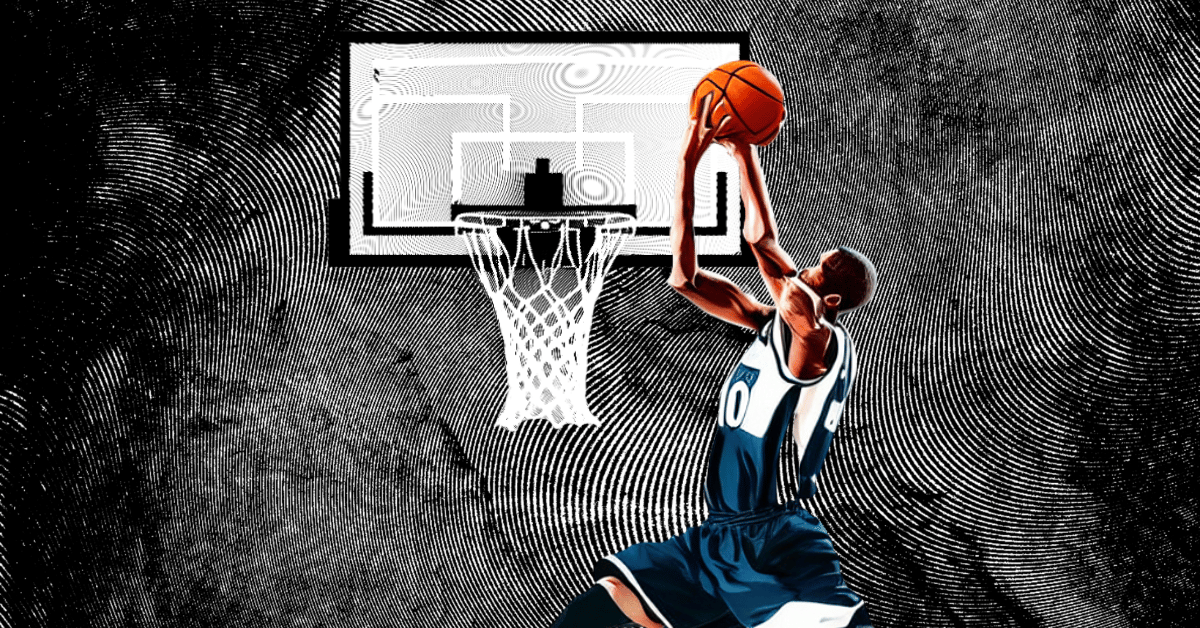 Not only will being able to elevate above the rim be extremely impressive, but being vertically explosive with the ability to slam dunk will probably cause defenders to foul you around the basketball, giving you a ton of opportunities for easy free throws. It's also is common sense that the dunk is an incredibly high percentage shot that can benefit a player’s team, so it would be appropriate for players to add this part of the game to their repertoire.

In basketball, possibly more than any other sport, players can generate an advantage through their explosiveness and athleticism. The game is based on individual matchups, so if you can go by or elevate over your opponent, you’re going to be hard to stop. Specifically, a player’s ability to be vertically explosive can allow them to affect the game in many ways, such as rebounding, blocking shots, and finishing. So while being able to block shots at the highest point and throw down some impressive dunks doesn’t automatically make you a great player, it certainly provides players more tools to work with and the possibilities for growth and development in their game. And while some athletes have the natural ability to elevate effortlessly, most players need dedicated strength training to build their vertical jump to allow them to play above the rim.

For those athletes who aren’t naturally gifted and aren’t really seeing any progress in their vertical jump, participating in standard basketball skill development drills isn’t likely to help you be more explosive. To see real growth in your physical abilities, you need to train with targeted strength exercises designed to enhance strength, power, and explosiveness in your lower body.

That’s where the VertiMax comes in, as the versatility of its resistance training system allows users to perform a variety of exercises, specifically exercises performed as you would actually play the game. Unlike strength training with weights in a gym, you can perform the actual movements with resistance strength training as you play the sport. With that said, let’s look at some ways VertiMax can help basketball players be more explosive and get them to their goal of dunking a basketball.

This exercise is a great way for beginners to get started training to have a more explosive vertical jump. This drill combines the powerful upward motion of the jump squat with the overhead reach to help athletes generate more momentum and power on their jump. By attaching the resistance to both the waist and arms in this exercise, athletes will really be able to increase the power and force they can produce from both their upper and lower body, leading to more explosive jumps.

Exercise Instructions: Stand with your chest up and feet at shoulder-width apart.  Start with hip and knee flexion as you bring your arms down, taking you into a squat position, then extend your hips and knees while swinging your arms upwards. Check out the video below for a good example of how this exercise should look.

Box jumps are a standard exercise that is used in basketball training programs. This exercise gives athletes a different spin on it, forcing them to elevate laterally and train muscles they may not use as often. With the lateral box jumps, players can improve the strength in their hip flexors, which is very important in basketball. Movements have to be dynamic during the game, so having the ability to elevate laterally or not from a traditional stance is something young players need to develop. Using the VertiMax to increase the resistance felt during drills will also develop the force athletes develop from these lateral movements.

Exercise Instructions: Choose a plyometric jump box with an appropriate height. Stand next to it facing the box (either side is fine). Bend your knees as you maintain a tight core and chest facing forward. Jump from the ground and on to the box. You can decide to do a set from one side and then repeat from the other side, or continuously going from one side to the other like the athlete in the video below.

Here is another example of how athletes can integrate plyometric boxes and the VertiMax V8 Platform into their basketball training. By requiring the player to work at a high intensity to jump over these boxes, all at increasing height, this exercise can really help increase the athlete’s rate of force production. Over time, this will lead to more explosive and powerful leaping ability from the athlete. This is really where the VertiMax stands out, as it’s a great way to provide a light load during explosive movements to enhance performance.

Exercise Instructions: Choose plyometric jump boxes at 3 different heights. Arrange them from shortest to tallest, with enough space for you to land safely in between them. Similar to the technique used with the platform jump, you want to keep your chest up and swing your arms back as you bend your knees. You should land in between the boxes on the first two jumps, but land on the box on the 3rd jump. Check out the video below to see and use it as a guide if you’re a beginner.

This exercise is a great way for players to improve their balance when exploding off of one foot, while building strength in their core and hips to maintain agility during explosive movements towards the basket. It also helps athletes practice landing softly, which is critical for game play, as athletes need to stay on their feet. By loading the hips with light resistance, the VertiMax allows athletes to really develop their strength and power off one foot and the fluidity of their lateral movement.

Exercise Instructions: Standing off to the side of the platform with the harness on your waist, stand on one leg. Get into an athletic stance to help maintain balance, then hop onto the other leg. Alternate back and forth between legs. You can use a ladder if you have one to help you mark the distance of your jumps. View the hop drill video below for a good example of how this exercise should be performed.

If you want to really create a ton of power and force with your jumps, this is an excellent exercise. The raising of the leg with force is a good simulation of jumping during the game, so the exercise also helps players develop the actual movement pattern needed during game play. The versatility VertiMax offers is unique in this situation, as it allows athletes to attach each leg separately so that you can isolate each leg and increase your range of motion more than with any other device.

Exercise Instructions: Select a plyometric box with sufficient height to challenge yourself on the step up. With each ankle individually harnessed to the VertiMax, step on the box with your lead foot. Then, raise the opposite leg up with force as you stand on top of the box, getting your knee up to chest level. Once you’ve planted both feet on the box, step down and repeat. Look at this step-up video if you’re interested in seeing how to perform this exercise properly.

This training program, from strength and conditioning coach Mike Atkinson, is another excellent program for basketball players who hope to dunk and build towards increasingly explosive movements while developing their jumping technique and efficiency. With this set of jump training exercises, athletes will develop their ability to elevate both off of one foot and two feet, giving them the capability to jump intuitively and deal with the variability of the sport. It also helps increase the explosive power in their lower body that they need to be explosive and play above the rim.


Play Above the Rim with VertiMax

Across the board, basketball players of all skill-levels want to throw down massive dunks and bring the crowd to their feet. Not only is it a great way to energize the crowd and your teammates, but it’s an extremely efficient way to put points on the board and contribute towards a winning style of play. Unfortunately, not everyone is born with the physical gifts to elevate above the rim without any training. For everyone that has to grind to get to that point, that’s the versatility and effectiveness of the VertiMax V8 platform is unmatched. It allows athletes to execute countless different exercises, all with the goal of translating it onto the court through the ability to perform game-like movement patterns. I

Are you interested in learning more about basketball-specific VertiMax training? Check out these articles below. 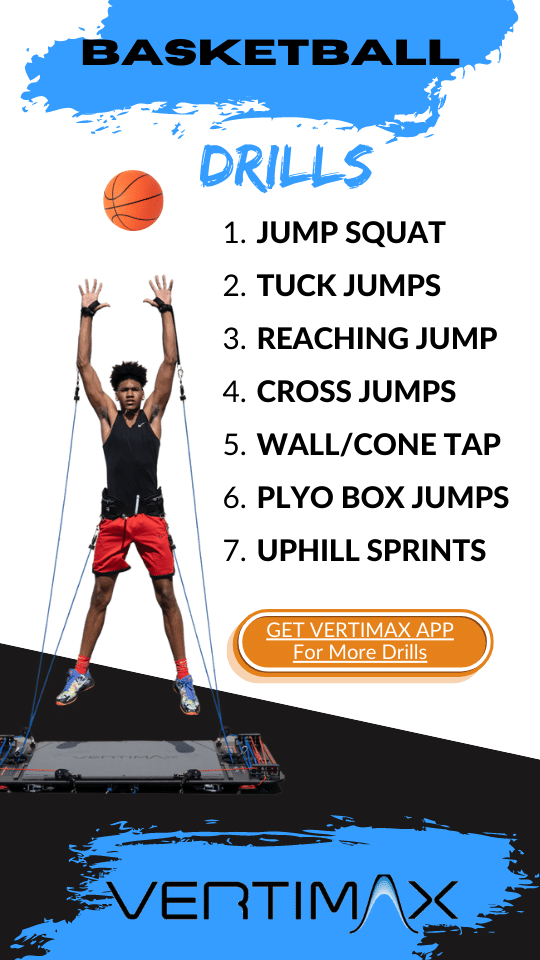