Advice For Players Competing in the World Volleyball Championships

The World Volleyball Championships are one of the most competitive volleyball endeavors of the season. This year, teams from the USA, Italy, Japan, and Brazil will go head-to-head to win it all. Make sure to watch the games running from August 26- September 11–you won’t want to miss it!

Over the years, volleyball has become one of the more rigorous, explosive sports you can play. Volleyball is now the fourth most popular sport globally, with over 800 million fans and massive participation from men and women alike.

With competition surging and the sport growing rapidly, it’s imperative to keep your volleyball game at its peak. So today, we’ll show you how to train like the professional athletes to win the World Volleyball Championships.

Regardless of your position, volleyball is a three-dimensional sport. In other words, you have to be sound vertically, horizontally, and rotationally (e.g., laterally, diagonally). Hitters and blockers need to jump both high and forward, and setters or liberos (i.e., back-side blockers) need to move quickly in all directions. Thus, in volleyball, there is a clear emphasis on lower body speed, agility, and explosive power.

However, it’s essential not to forget upper body mechanics. Setters and defensive players still need to control their torso and arms, and hitters still need to wind up and unleash their serves or spikes.

Ultimately, volleyball is a fast-paced, full-body sport, which is why volleyball training programs are comprehensive. It’s also why you’ll see volleyball players often training with tools like VertiMax because they can address multiple areas at once. They also allow you to train as you play, with resistance added to arms, legs or the midsection. Let’s show you what we mean.

Jumping is integral in almost every sport, but it’s one of the key components in volleyball because it often precedes scoring points. Think about it: when you block a spike, ace a serve, or spike the ball for a point, you’re almost always jumping to do so. Thus, improving your jump speed and height should be a top priority.

We’ve covered vertical jump training extensively on our site, which you can dig into here:

Still, this bears repeating: the faster and higher you jump vertically, the better you will perform athletically on the court. Check out this young athlete crushing some vertical jumps on the VertiMax V8 Platform and the Raptor.

Conversely, here’s an athlete doing contrast training with banded explosive jumps on a VertiMax leading into a full-on approach jump (check out that height!)

You can jump vertically, horizontally, laterally, or diagonally, all while attached to the VertiMax; that makes it easily one of the most versatile plyometric training devices on the planet. Need we say more?

Almost every single defensive play imaginable requires every athlete to have incredible reaction time. If you’re unfamiliar with the term, reaction time is the time interval between an external signal and your reaction to it. So, for instance, how fast do you react to a spike and then move to defend it?

You can do endless reaction time drills while hooked to a VertiMax. For example, here’s an athlete showing reaction time lateral drills.

Reaction time drills are tough on their own, but throw in resistance from the VertiMax, and you’ve got a major training stimulus.

Defensive players have one of the toughest jobs on the volleyball court. Not only do they have to block or receive spikes, they have to coordinate offensive striking via bumps and sets. So, if you’re a defensive player, there are several ways you can use VertiMax to improve your footwork, explosiveness, and coordination.

Check out these athletes practicing blocks and bumps, while attached to a VertiMax V8 Platform and a Raptor.

Check out this volleyball team practicing on a VertiMax V8 Platform.

This volleyball team practicing shuffles and blocks on a VertiMax Raptor. See, you can even train with your team while you’re all attached to VertiMax equipment!

Did You Know? Resistance bands have been used in sports performance training for years, but the downside of the traditional resistance bands is the more you stretch them, the greater the resistance increases. Sure, you can use that to your advantage sometimes, but an athlete loaded with a traditional band will only be able to train so far until their form breaks down. When form breaks down, the athlete is wasting energy, prone to injury, and develops bad habits that can diminish athletic performance.

VertiMax technologies overcome the limits on traditional bands with ease. The VertiMax patented technology allows resistance to remain consistent as they stretch the bands up to 45 yards, depending on the type of V8 Platform or Raptor. So, you can safely train with VertiMax’s non-varying resistance in any way you wish.

We get this a lot. There are literally thousands of ways to use VertiMax to improve your volleyball performance. However, with so many options, it might seem hard to figure out where to start.

That’s why we have The VertiMax App. Our app has volleyball-specific programming options for in-season, off-season, and pre-season sessions. And each season has three different workout phases, so you have plenty of options to choose from year round. 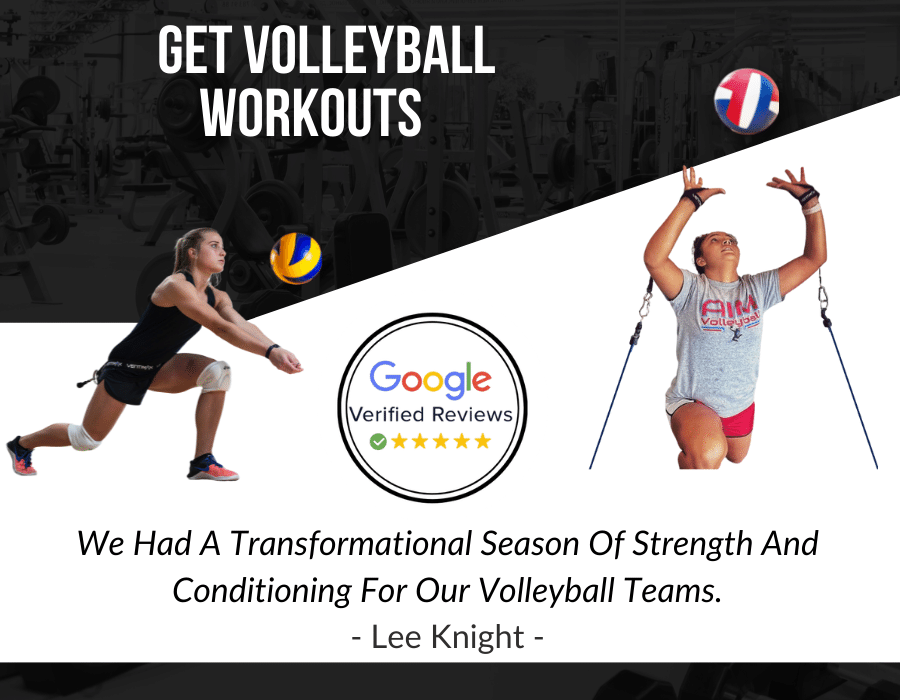 The best part? The volleyball programming was developed by Chris Gorres, VertiMax Master Trainer and Director of Sports Performance at Onyx Elite as well as Professional Volleyball Player, Taylor Pischke. So, you’re getting the best programming possible from two world-renowned coaches. And, it’s 100% free if you purchase a VertiMax.

Do You Have What It Takes?

Remember, thousands of professional volleyball athletes use VertiMax for a reason; don’t be one of the few who doesn’t.

Reach out to our team if you have any questions or if we can do anything to help level up your game. We’re here for you! 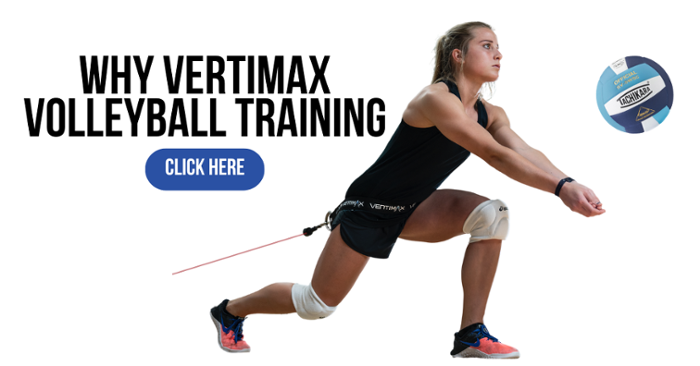 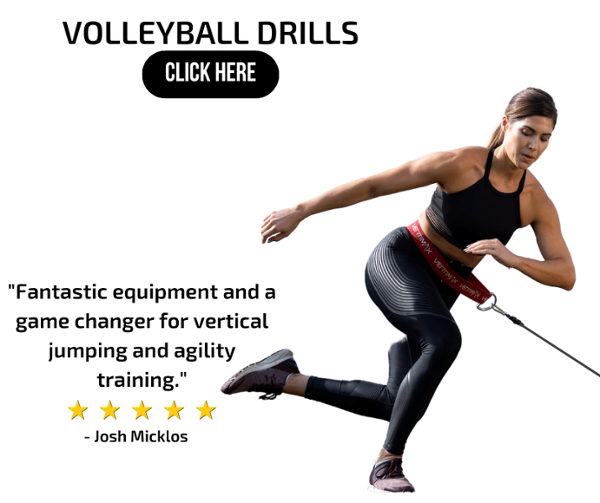