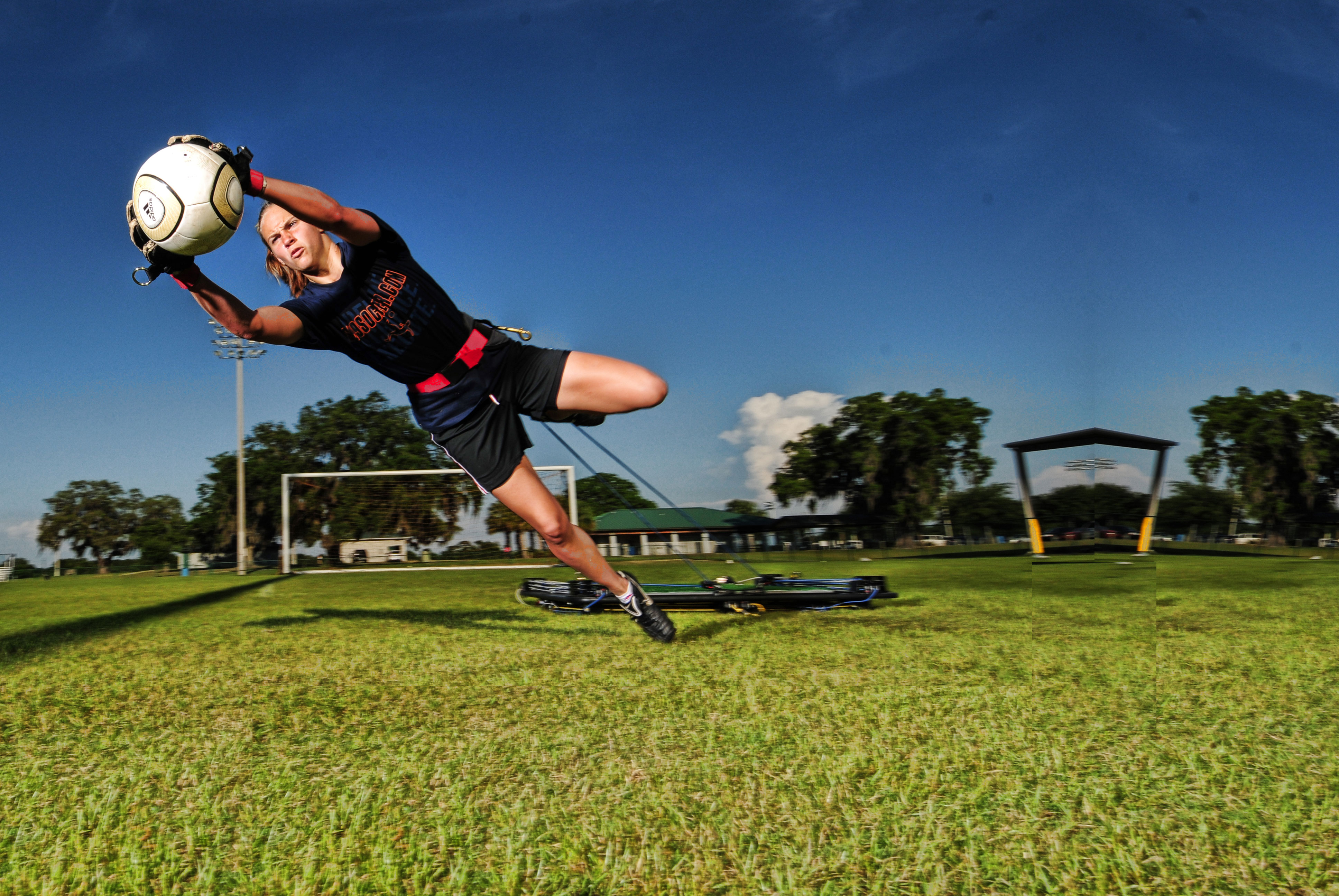 Soccer is one of the fastest growing youth sports and for legitimate reason. Not only can you teach youth players the basics of ball skills, but you can also create healthy, competitive ways for kids to get outside and stay active.

For those starting out with soccer, we’ve rounded up 15 simple, effective drills to implement in your coaching sessions. These drills will help familiarize kids with movement on the field, shooting, ball handling, passing, and conditioning.

Since the average soccer player will run roughly 6 miles per game, proper running technique is key for soccer training drills for kids. A general component of general conditioning involves training your players to run for long periods of time and also for short bursts of speed. Since running can seem mundane to youth soccer players, it’s all about incorporating engaging and exciting techniques into the drills.

Teaching proper running form in your youth players will prevent them from injuring themselves or working harder than they should. Yes, we all know kids have higher levels of energy, but showing them the correct way to run should be first up when it comes to teaching soccer.

Gather your teammates in a straight line and have them run a few laps before practice around the field. Take turns calling out specific player names and have them sprint to the front of the line. You’ll be able to see their form and make comments to help them run faster and more efficiently.

Making running a positive part of practice is key to training soccer to youth players.

Soccer motions vary from sprinting ahead, weaving throughout players, and also backpedaling. In your youth warm-up, practice backpedaling. To avoid trip-ups, teach your soccer players to keep their head facing up, looking out to their “team”. The players will also need to keep their hips open to allow for incoming passes from teammates.

Start with your players facing towards a point, or cone. Have them backpedal in a “V” shape, away from the original point at 45 degrees. Once they’ve backpedaled far enough, have them run forward, and repeat the process in the opposite direction.

You can additionally incorporate backpedaling drills in your running warm up at the beginning of practice. Just like how you called out to certain players to spring to the front of the line, call out players names to side shuffle out of the running line and begin to backpedal to the end of the running line.

Becoming familiar with the ball will be tricky for youth soccer players, but it’s necessary in order to gain control.

Pairing up your athletes, have them stand apart from one another at a comfortable distance. Get them to being to pass to each other using the inside of their feet. This drill teaches how to receive a ball with ease as well as passing it off so the next person has an easy time stopping the ball and then kicking forward.

For youths (and advanced players) this is the highlight of the game and the reason for showing up to practice. Scoring for youth soccer players will excite them beyond measure and keep their attention.

Stand your athletes at a distance and place another coach or assistant in the goal. With the inside of their feet, have them practice shooting by “passing” it a short distance in front of themselves, running towards the pass, and then shooting a goal.

Players need to learn how to duck away from defenders. In teaching this skill, have players kick the ball in front of them a short distance. Teach your youths to shorten their strides and come to a stop, using the bottom of their foot to halt the ball. Once they’ve mastered this skill, have them pivot over the ball and change directions. Alternate directions with each run through.

Get your players used to dribbling to certain points on the field. Bring the players behind 3 cones, having them dribble to the cone, touching the cone, and backpedaling back to their original place.