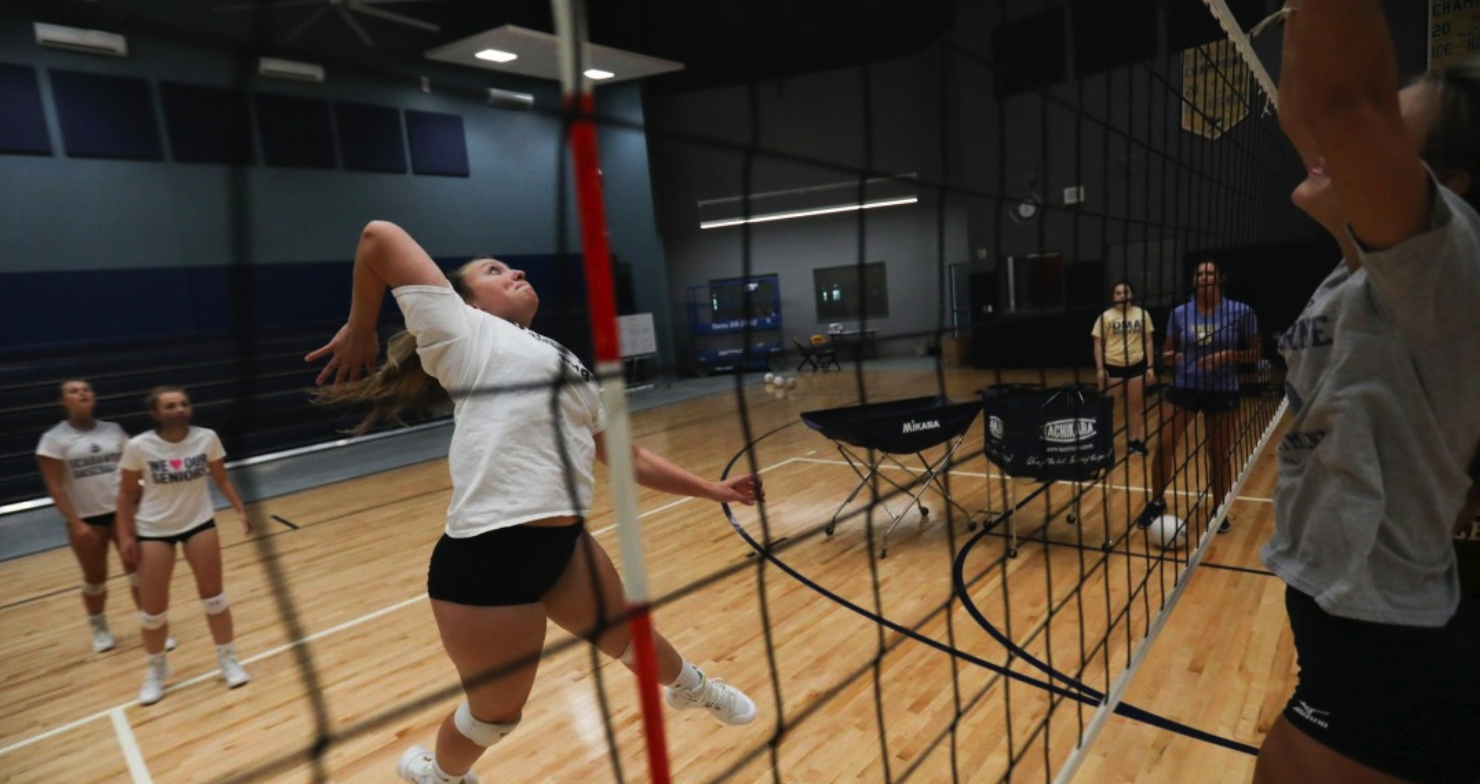 I recently had the opportunity to help coach an afternoon practice with a high school volleyball team that implements a VertiMax V8 into their athletic development. They invested in the equipment with goals of building explosiveness while improving overall body mechanics. The team had been using the equipment for a few months and loved the new addition to the program. After the coaching staff described how they were using the equipment, I quickly realized there were additional ways to utilize the equipment that they weren't tapping into.

1. Group Training - Train 5 Athletes At Once

When many coaches, parents and athletes first think about VertiMax, they picture one athlete jumping on the platform at a time. While one athlete jumping on the platform working on vertical explosiveness is beneficial, a team shouldn't limit themselves to just this setup. One of the biggest benefits of adding a VertiMax to your programming is the lateral load capability the equipment allows. The V8 platforms allow teams to setup a group training station of 5 athletes at one time.

Start thinking outside the box. Or in this case, off the platform...

A few clips in this video highlight just that:

VertiMax gives coaches the ability to simulate position specific and game specific movement. The equipment is designed to work with the movement of an athlete while applying a resistance band load. For example, blockers can apply a load at their waist and work on approaching the net for a block. Take advantage of being able to create game type scenarios while applying a load!

With that said, don't limit yourself to waist loaded training. Try applying the appropriate amount of resistance and load the ankles as well as hands.

A common thought process when coaches first start thinking about adding a VertiMax to their program is "what are all the VertiMax drills that I can do?"

Yes, there is some great general athletic development programming that goes along with a VertiMax, but don't think that is the only way to train. In fact, one thing I typically recommend to coaches is to continue to do things that align with their practice philosophy. There's no need to recreate the wheel. If you're a coach who has a specific cone drill that has become part of your practice, continue to do that and apply the load VertiMax allows. This will help create explosiveness in those motions.

Over the years, VertiMax has become one of the best tools to create vertical explosiveness. But, do you know why? Not many people understand where the results are coming from.

Why trust VertiMax? Well, if the pros use it—swear to it—train with it—why wouldn’t you?

Get creative and get outside your comfort zone.

When I spend time with coaches talking about their program and how they intend on using a VertiMax as part of their athletic development, I often ask if they are doing certain things with the unit. It's almost at that very moment the light bulb goes off and they start building a training program of all the different things they can do with the equipment.

I encourage you to experiment with the different attachments VertiMax has and challenge athletes from different angles within functional patterns.

Volleyball training is more than just being on the court practicing or playing games all year round. Ask any qualified successful or long time volleyball athlete and the will talk about how their success in the weight room positively impacted their athletic career. There is a lot to understand what goes into the development of volleyball athletes such as assessments, periodized programming, progressive development, plyometrics and recovery.

If you are a coach, parent or athlete that has a VertiMax in their toolbox, make sure to download the new VertiMax App for virtual programming by sports and overall athletic development.